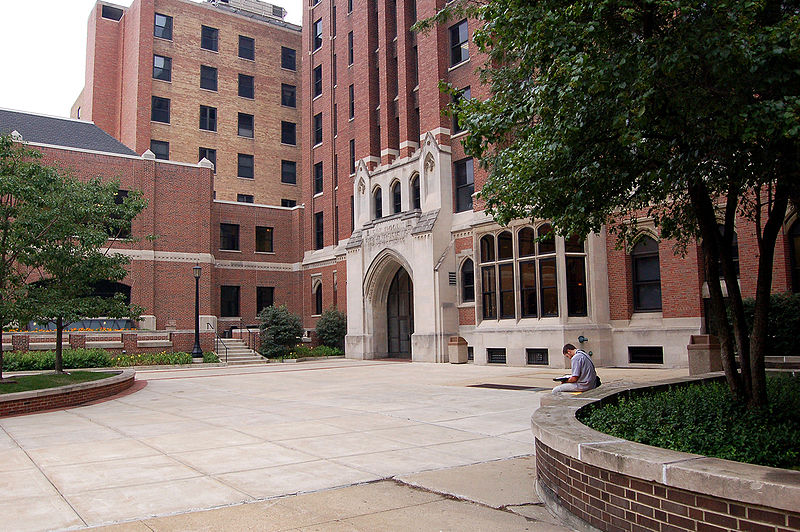 The Moody Bible Institute today announced the resignations of President Paul Nyquist and Chief Operating Officer Steve Mogck, and the retirement of Provost Junias Venugopal. As I first reported Friday, the administration was facing serious allegations including allowing professors who deny the inerrancy of Scripture to teach at the institute and write curriculum; permitting a top education official to violate the institute’s bylaws repeatedly; fostering an atmosphere of fear and intimidation; and refusing to allow shared governance with faculty as stipulated by the Higher Learning Commission.

I am heartened the board took this action, though as I reported yesterday,the problems at Moody extend to the board and some board members need to own their complicity and responsibilty and resign too.  Here’s the letter Moody sent today to employees:

On behalf of the Board of Trustees, let me thank you for your service to Christ, your dedication to Moody Bible Institute, and commitment to be in prayer for the ministry at this time. We often refer to the Moody family, which is how we see all of you. We apologize for coming to you so late in the day, but given the nature of the news we are sharing, we felt it best to communicate with you as soon as possible. As you know, the Board of Trustees has been discussing issues related to widespread concerns over the direction of Moody. Today, we accepted the resignations of President, Dr. Paul Nyquist; Chief Operating Officer, Steve Mogck; and the retirement of Provost, Dr. Junias Venugopal. Let there be no mistake that the Board of Trustees holds these three men in high regard for their ethical, moral, and spiritual leadership. They are godly, honorable men to whom we entrust to the Lord and offer our deep gratitude for their years of faithful service to Christ and to Moody. However, we are unanimous in our decision that it is time for a new season of leadership. I ask that you be in prayer for them and their families. While we begin to develop plans for a nationwide search and prayerfully seek the Lord’s direction for these important positions, we are encouraged that the Lord has provided a strong leadership team to step into these roles in the interim. Greg Thornton, Senior Vice President of Media, will serve as Interim President during our search. Mark Wagner, a member of our Board, who is former president of, and now a consultant to, Walgreen’s, will serve as Interim Chief Operating Officer. In addition, Dr. John Jelinek, Vice President and Dean of Moody Theological Seminary, will serve as Interim Provost. Understandably, there are many questions at this time. Please know that we are working diligently through everything, and will stay in regular contact with you first, our Moody family, and with our many partners and friends as well. I ask for your prayers for the Board, our interim leadership team, and the entire Moody community during this next season. God has been faithful to Moody since 1886, and we continue to seek His favor as we move forward.

Randy Fairfax Chair, Board of Trustees

A previous version of this post said that Dr. Venugopal had resigned instead of retired.  Sorry for the confusion.