Ever the opportunist, left-wing financier, George Soros, reportedly is seizing the refugee crisis as a new opportunity to advance his globalist agenda in the U.S. and the UN.  Just this week, media outlets received hacked documents from Soros’ Open Society Foundation (OSF), which stated, “The current climate presents new opportunities for reforming migration governance at the global level.” Specifically, the documents credit the crisis with enabling the OSF to keep immigration issues prominent on the agenda of the Group of 77 Nations at the United Nations. And, the papers say the crisis helped the OSF successfully pressure the Obama administration into increasing to 100,000 the total number of refugees taken in by the U.S.  But, just who is George Soros and what is the ultimate purpose of his Open Society Foundation? I first posted this article in 2008, months before President Obama — a politician Soros reportedly handpicked — first took office. Given the recent developments, I think it’s important to post again. —Julie, 8-18-2016

He’s one of the most powerful men in the world. But chances are, you’ve never heard of him. That’s because he prefers to work behind the scenes – decimating financial systems, manipulating democracies, and weakening the United States.

His name is George Soros and his accomplishments read like a page from the rich and devious. This billionaire former hedge-fund manager is known in Europe as the man who broke the Bank of England. Some also charge his speculation precipitated the 1997 Asian Financial Crisis. He’s been banned from doing business in China and has been fined for insider trading in France.

Soros’ tactics are alarming. But what’s even more alarming is the vision he’s trying to foist on America and the rest of the world.

But what’s most disconcerting for Americans is that Mr. Soros is using his billions to shape U.S. politics. According to the New York Times, Soros is the world’s single largest donor. But his giving is not philanthropic; it’s political and coercive. In fact, one blogger writes that Soros “runs the Democratic Party like his personal brothel and bankrolls it as well.”

The vehicle Soros uses to exert this influence is something called The Shadow Party. This is a nationwide network of than more five-dozen unions, non-profit activist groups, and think tanks whose agenda is ideologically to the Left. It includes ACORN and ACT – two groups the Federal Election Commission has sanctioned for fraud. It also includes MoveOn and Media Matters. These groups are credited with pushing the Democratic Party to the far left – driving out moderates like Joe Lieberman and electing liberal, Howard Dean, as party chairman.*

Soros’ tactics are alarming. But what’s even more alarming is the vision he’s trying to foist on America and the rest of the world. Soros wants to tear down what he calls the “fascist” tyranny of the United States and replace it with what he calls a “Global Open Society.” In 2003, he said it’s necessary to “puncture the bubble of American supremacy.” And in his latest book, he writes that “the main obstacle to a stable and just world order is the United States.”

The world order Soros advocates would be governed by the United Nations: national sovereignties would be weakened, if not abolished altogether. This so-called Open Society would be a democracy, but also would include certain mechanisms for the redistribution of wealth. Citizens would be expected to sacrifice for the common good – even if that would mean compromising their personal beliefs. Beliefs would be considered merely choices, not truth. In fact, if there’s one thing Soros really hates, it’s the notion of Universal Truth.

But, it’s hard to know how seriously to take his grandiose notions. Soros, however, is very serious. He currently has foundations in 25 countries promoting his open society ideal. And on January 20th, the candidate Soros supports is poised to become the leader of the free world. Barack Obama and Soros have ties that go back to 2004 when Soros helped fund Obama’s run for the senate. And, just a month before Obama announced his campaign for the presidency, he met privately with Soros and then met a dozen of Soros’ billionaire friends. Then in 2008, MoveOn sent Obama an army of volunteers and a huge fundraising base.

The United States is hardly a Soros open society now. But, let’s pray it never becomes one.

*Dean served as chairman of the Democratic National Committee from 2005-2009. 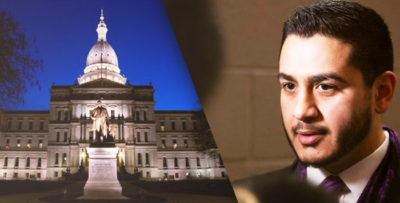 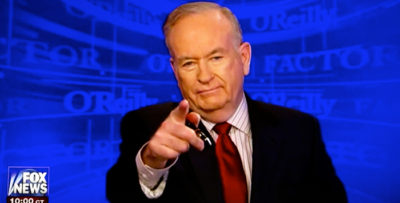 3 thoughts on “George Soros – His Utopia, Our Nightmare”