Harvest Confirms Pastor Failed to Report Abuse, Yet Accepts Explanation That He Thought He Had Reported It

The update also stated that Steiner “believed that he had completed all the necessary steps in his role as a mandatory reporter” by placing an initial phone call to DCFS in January 2018. Yet this contradicts statements Steiner made in texts with other Harvest pastors the day he learned of the incident.

In the update, Harvest said it had recently received a letter back from DCFS confirming that Steiner failed to provide sufficient information for a report when he called the DCFS hotline on January 31, 2018. As a result, no incident report was filed with the department.

Instead, DCFS said that the formal report, which then led to Singer’s arrest in October, 2018, was filed on June 13, 2018, by Rob Williams, a former counselor at Harvest.

Williams, who said he’s made at least five reports to the DCFS hotline, explained that reporting incidents to DCFS almost always involves a two-step process. He said every time he’s called the DCFS hotline, an operator answers the call, asks for his name and number, and then says someone will call him back.

Williams said DCFS generally calls back two days later and then takes the actual report. Williams said DCFS will call back twice, but if the reporter misses those calls, it’s up to the reporter to call DCFS again. (I called DCFS numerous times in May to confirm the process for reporting but never received a call back. I did talk with a hotline operator, though, who said that sometimes it takes only one call to the hotline to file a report.)

According to Harvest’s phone records, Steiner made one call to the DCFS hotline on January 31, 2018. Harvest said the only other call Steiner made to DCFS was on June 29, 2018, allegedly to follow up on his call five months earlier.

Though Steiner maintains that he believed this first call to the hotline was sufficient, a text thread from January 31, 2018, indicates otherwise. The text thread, which Williams gave me, includes Steiner, Williams, former Student Ministries Pastor Landon MacDonald, and former Assistant Senior Pastor Rick Donald. According to time stamp on the phone, the text thread begins at 12:59 p.m.—24 minutes after Steiner allegedly called the DCFS hotline.

In the text thread, Steiner wrote that an Aurora dad had come to him earlier in the day complaining about inappropriate texts between Singer and the dad’s 16-year-old son. MacDonald then told Steiner, “DCFS has to be called—do u want to do it? Or do u want me to do it”?

Steiner responded, “I can call Is there a file or contact at DCFS”?

“General DCFS number and with Paxton’s name and birthday they will add to existing file,” MacDonald wrote. (MacDonald had reported another alleged victim of Singer’s to DCFS in early January, which was later determined to be “unfounded” by DCFS.)

“Called to report,” Steiner said, “DCFS has my number, will call me back. they are backlogged with call backs from Monday.” 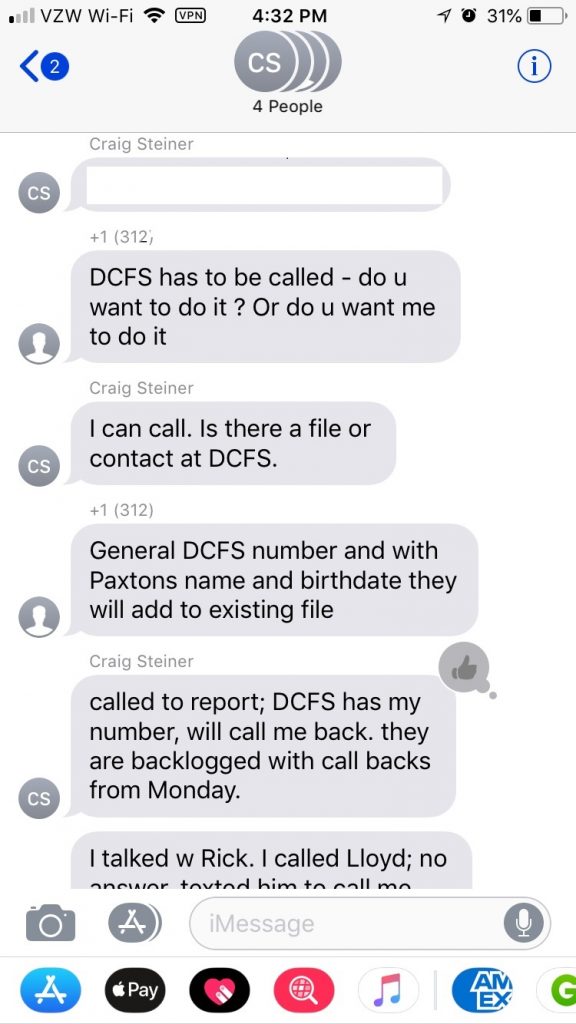 After making the call in January, Steiner apparently knew that he hadn’t “completed all the necessary steps” and that DCFS was going to call back. Yet by Steiner’s own admission, the only other contact he had with DCFS was in late June, shortly after Williams filed his report.

When I questioned Steiner in May about the contradiction, he asserted that the time stamp on the text thread was wrong and that only the last text was made after his call to the DCFS hotline. (Steiner wasn’t able to produce any evidence to support this claim, but said his phone regularly deletes texts, so he didn’t have an independent record of the conversation.)

Yet even if only the last text came after Steiner’s call to DCFS, it still doesn’t resolve the issue. Why would Steiner say DCFS is going to call him back, and that the department is backlogged with calls, if he thought he had successfully filed a report?

This is extremely troubling. We now know that Steiner, a pastor and mandatory reporter, failed to report an alleged incident of child sexual abuse at his church. And had Williams not reported the incident in June, the current charges against Singer would not have been filed.

But equally troubling is Steiner’s response. Rather than admit an error, Steiner repeatedly has offered explanations that don’t match the evidence. And instead of calling Steiner out on his apparent contradictions, Harvest seems more than willing to repeat his insufficient explanations.

What’s entirely possible, and in fact probable, is that Steiner knew he didn’t successfully report the incident with the alleged victim in January. But when authorities began investigating the case after Williams’ report in June, Steiner called DCFS to do what he should have done in January.  Harvest’s latest update to the timeline says it’s “still confusing as to why Craig received an indication letter from DCFS” last October. But this isn’t confusing at all since Steiner says he called DCFS June 29 and presumably reported what he knew then. I reached out to Steiner for comment, but he did not respond.

In May, I presented the discrepancies between Steiner’s and DCFS’ statements, and the statements on the text thread, to Greg Bradshaw, Harvest Church Leadership Team Chairman. At first, Bradshaw asked a lot of questions and seemed interested in hearing the evidence.

However, when the evidence clearly pointed to the fact that Steiner never filed a report, Bradshaw shifted to asserting that Steiner fulfilled his responsibility as a mandatory reporter by calling the DCFS hotline once. As evidence, Bradshaw sent me the document posted at the end of this article, which DCFS requires clergy to sign.

The document states that as a mandatory reporter, “I am required to report or cause a report to be made to the child abuse Hotline . . . whenever I have reasonable cause to believe that a child known to me in my professional or official capacity may be a sexually abused child.” The document does not say that a mandatory reporter merely needs to place a call to the hotline. I contacted Bradshaw see if he had any comment following the most recent development, but he did not respond.

Harvest concluded its latest update by expressing regret that Steiner didn’t provide sufficient information to DCFS for a report. The church added that since then, all Harvest mandatory reporters have been “trained in the proper steps for completing a full DCFS report,” and will “stay up to date with DCFS training every year.”

I appreciate that the church is now providing training on reporting abuse, but I am disappointed that Harvest appears unwilling to hold Steiner accountable. Also, there remains one other alleged victim of Singer’s that seemingly remains unreported.

According to Harvest’s timeline, Landon MacDonald reported two inappropriate texting relationships between Singer and two different students. One was reported on January 7, 2018, and was investigated and dismissed by DCFS. However, MacDonald allegedly reported an incident with another student on January 16, 2018, but DCFS has no record of that report. As with Steiner, Harvest has phone records indicating that one call was made to the hotline on January 16, but that’s it.

Harvest needs to explain what happened with the victim related to the January 16 DCFS hotline call. The church also needs to hold Steiner accountable not just for failing to report an incident, but for claiming he didn’t know he hadn’t successfully reported the incident despite the evidence indicating otherwise. Either Steiner is extremely obtuse or he’s lying. And either scenario raises questions about Steiner’s fitness to continue pastoring. 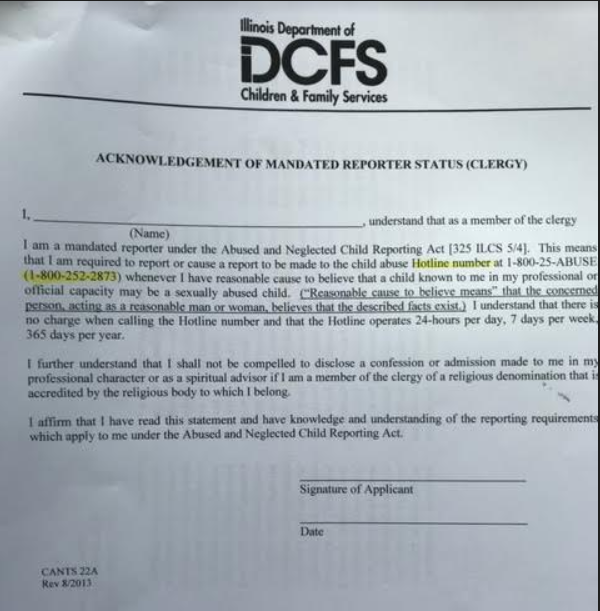 *Singer was charged with sexual exploitation of a child in October.

UPDATE: At a motion hearing on July 3, State’s Attorney Lori Schmidt said she wanted two more “uncharged victims” of Singer’s to testify in Singer’s case. The defense asked for more time and the trial was moved from July 10 to September 4. 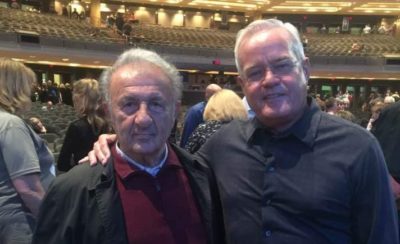 17 thoughts on “Harvest Confirms Pastor Failed to Report Abuse, Yet Accepts Explanation That He Thought He Had Reported It”