PART ONE OF A TWO-PART SERIES:

Last week, WORLD Magazine published an article of mine that was one of the most difficult articles I’ve ever written. It concerned Wheaton College’s hire of Julie Rodgers, a 28-year-old “gay, celibate Christian,” to work as a ministry associate in its Chaplain’s Office. Julie, by all accounts, is a sincere follower of Christ with a winsome personality and an ability to relate well with students. But, she also subscribes to some unorthodox views – views that matter because they touch on doctrines of sin and Christian identity and seemingly contradict those of the college where she’s employed. Plus, she seems skeptical that God heals sexual brokenness, raising concerns that she may not be capable of ministering healing to others.

I don’t like writing stories that make the lives of people like Julie difficult. She’s a sweet, young woman who’s in a really tough place and the last thing I want to do is hurt her. It also grieves me to put my alma mater under so much scrutiny. I love Wheaton College and the people there. I know the story is creating a hardship for them and I feel bad about that.

But, God has called me to bring issues like this to light and I take this responsibility very seriously. When I realized what was at stake for the college, for students and for the evangelical community, I realized I had to report the story. As Owen Strachan, President of the Council on Biblical Manhood and Womanhood, said, “My evangelical brothers and sisters are playing with theological fire.” And, he’s right. Though it has become common in our society, embracing gay language is deeply problematic for believers who are new creations in Christ. So is adopting the notion that gay orientation can be good – that God somehow redeems sin, instead of sinners. I fear evangelicals are not thinking critically and biblically about these matters and if this continues unchecked, it will wreak havoc on the church.

Not surprisingly, given the volatility of the gay issue and the prominence of Wheaton, my story sparked a flurry of activity on social media and blogs. As is the case with most controversies, the responses included the good, the bad and the ugly. But, the net effect is that they caused me to reflect more deeply on how Christians are thinking about and responding to the gay issue. I hope these thoughts spur constructive dialogue and engagement:

1. Many are using the term “reparative therapy” to discredit those who believe in sexual healing and transformation.

In the past several days, several have accused me of promoting so-called reparative therapy. Most notably, author and blogger Rachel Held Evans tweeted: “The author of the piece has gone on to argue in support of ‘reparative therapy.’ Reparative therapy is based on junk science and is incredibly dangerous.”

I don’t argue for anything in my peice, least of all reparative therapy. My article was a news piece, not an editorial, so I reported information without personal commentary. However, I cited three sources in my piece who expressed belief that God can and does heal people of homosexual desires. None of them, to my knowledge, has ever promoted reparative therapy.

Historically, “reparative therapy” has referred to psychotherapy aimed at eliminating or reducing same-sex attraction. It became popular in the 1980s, largely through the work of Dr. Joseph Nicolosi  and his close association with the now-defunct ministry Exodus International. Since the closing of Exodus in 2013, evangelicals have been rapidly distancing themselves from therapy as a means of “curing” homosexuality – and with good reason. In fact, I think it’s likely that Exodus’ reliance on reparative therapy contributed to its downfall. I agree with Southern Baptist Leader Russell Moore who recently said Christians should place their faith in the power of the gospel to transform individuals, not psychotherapy.

I served for two years in a ministry that offered hope and healing for people struggling with same-sex attraction and a host of other afflictions like eating disorders, depression and drug addiction. I have observed two major differences between gospel-centered healing and reparative therapy. One, gospel-centered healing doesn’t seek to change a person’s sexual attractions. Instead, it aims to heal brokenness in the human soul. And, any changes in a person’s sexual affections are simply a byproduct of that healing. And two, it relies on biblical teaching and the Holy Spirit to heal, not psychology.

Last Saturday on Up For Debate, I took an incredible call from a woman who was delivered from same-sex attraction without any assistance from anyone. She just had a series of remarkable experiences with the Holy Spirit. (Her story begins around 28 minutes into the program.) Does that qualify as reparative therapy? Are we now going to accuse the Holy Spirit of promoting junk science or damaging people? Holy Spirit-inspired ministry is not reparative therapy and Christians need to stop lumping the two together.

Julie Rodgers and others in the gay, celibate movement say that though they embrace the label “gay,” they simply use that term to describe that they’re attracted to the same sex. It is not central to their identity. Yet, she and others also argue that Christians need to stop calling gay orientation sinful because it leads same-sex attracted Christians to hate themselves. Rodgers writes, “You can probably imagine the shame many LGBT people experience when they’re led to believe their unchosen orientation is sinful in itself.” She adds that this causes them to “feel they’re uniquely toxic.”

The extent to which someone feels self-hatred for their same-sex attraction, though, is directly tied to the extent to which he or she identifies with that attraction. You cannot hate yourself for something that is not truly you. Yet, Rodgers clearly identifies in a very fundamental way with her attractions. In fact, she calls her gay orientation a “lens” that causes her “to exist in the world in a slightly different way.” She also calls it “an expression of diversity, a unique way of experiencing art and beauty and community.” It’s clear she sees her same-sex attraction as a very integral part of her – and this is why she associates condemnation of gay orientation with self-loathing.

This is why embracing gay identity – at any level – is spiritually toxic. A Christian who has disassociated from his sin is free to hate his sin, while simultaneously loving his true self. A Christian who identifies with his sin, though, turns his hatred for sin into hatred for self. But, thank God, the Apostle Paul in Romans 6:6 says that our “old self was crucified with him in order that the body of sin might be brought to nothing.” Thank God, we are not our sin nature!

3. The Ex-Gay Movement Needs Correction, but so does the Gay, Celibate Movement

Clearly, many people who struggle with same-sex attraction were hurt by the ex-gay movement. It promised change, but often delivered only disillusionment and despair. I believe in healing – not just of our sexual brokenness, but of every sin and brokenness common to man. To deny that transformation is possible is to deny the gospel. After all, according to Romans 8, the power that raised Jesus from the dead is now alive and working in us. If God can raise the dead, certainly he can transform our sexuality. Those who emphatically say sexual orientation is fixed remind me of the Christians referenced in 2 Tim. 3:5 who hold to a form of godliness, but have denied its power.

That being said, transformation is a process that won’t be complete until heaven. Paul had to live with his thorn and so do many of us. So, promising total change from exclusively homosexual desires to exclusively heterosexual ones is promising too much. What we can say with assurance is that if we surrender to God, He will give “us everything we need for a godly life” (2 Peter 1:3). And, as we journey with Him, we will increasingly become like Him in every area of our lives, including our sexual life.

The “gay, celibate” movement would be a welcome correction to the ex-gay movement if it were simply a celibate movement. All who are not married are called to celibacy. All, except those who prefer to be celibate, wait in hopeful expectation for a change in their situation. And, all can praise God for the spiritual formation and intimacy with Him He provides in the waiting.

This is part one of a two-part series. In part two, Julie explores the state of Christian journalism in the age of internet. 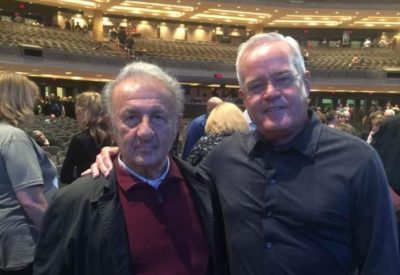