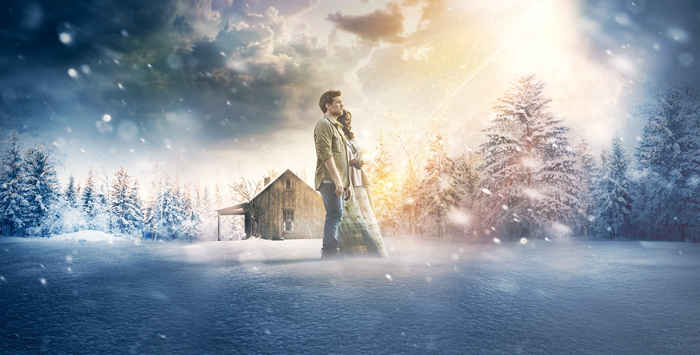 Why I Loved The Shack Despite Its Flaws

I was prepared to hate The Shack. I had never read the book. I read the reviews first and figured I’d hate it, so I passed.

For starters, The Shack portrays each member of the Trinity in human form. God the Father is an African-American woman; the Son is a Middle-Eastern man; and the Holy Spirit is an Asian woman called Sarayu. Representing God the Father as a woman seemed blasphemous to me. I strongly believe, as C.S. Lewis did, that “What is above and beyond all things is so masculine that we are all feminine in relation to it.” God is Father, not Mother – and portraying Him as the latter seemed horribly wrong.

Plus, I had heard The Shack was New Age, and I just didn’t think I could stomach another make-God-in-your-own-image narrative. No thanks.

There’s a lot of truth and love communicated in The Shack, though I’ll admit, it does so imperfectly. But God often uses flawed people to reach others, so I’m quite sure He can also use flawed works of art.

But when the movie came out, and I heard the familiar strong reactions on both sides, I realized I should probably check it out. So I did — and much to my surprise, it moved me deeply.

Granted, I knew going in what some of the objections to The Shack were, so I was prepared for those. And I don’t mean to minimize them. The Old Testament Law makes crystal clear that God is a jealous god and takes very seriously how He is represented.

Plus, I was surprised to discover that The Shack isn’t arguing that God is a woman. God is called “Papa” throughout. But since the main character, “Mack,” had been horrifically abused by his earthly father, Papa changes His appearance. “After what you’ve been through,” he says to Mack, “I didn’t think you could handle a father right now.”

Granted, that’s taking liberties I wouldn’t necessarily feel comfortable taking. But it does make a difference. Also, later in the movie Papa appears as an older man, so I don’t think The Shack feminizes God. It simply shows an understanding of symbols, and how they can trigger strong emotions. Though I believe it’s important to redeem the symbol of God as Father eventually, that doesn’t necessarily have to be a starting point.

Given the uproar over The Shack, though, I was expecting an error in the larger narrative – in how the movie resolves the problem of pain and evil. This is the central issue the book addresses. Not only was Mack abused as a child, but his youngest daughter was brutally murdered. Is it possible for God to be great and God to be good – and for horrific things to happen to innocent people? This is a fundamental question all human beings wrestle with at some point. And how we resolve that issue makes all the difference.

One common heresy denies God’s greatness. This is the view Rabbi Harold Kushner advances in his best-selling classic, When Bad Things Happen to Good People. God is distressed about the evil in the world, Kushner says, but He is simply unable do anything about it.

I expected to hear one of these two heresies in The Shack. Instead, I saw a powerful drama depicting a very biblical answer to the problem of pain.

Another common heresy denies God’s goodness. Sure, he’s all-powerful, but He’s also malicious and cold. This, I would argue, is what most of the new atheists believe. Though they deny God’s existence, their overwhelming contempt for this supposed non-being seems to betray that they believe in some ultimate being. They just really hate him.

This hatred is painfully apparent in Richard Dawkins’ book The God Delusion. In it, he writes: “The God of the Old Testament is arguably the most unpleasant character in all fiction: jealous and proud of it; a petty unjust, unforgiving control-freak; a vindictive, bloodthirsty ethnic cleanser; a misogynistic, homophobic, racist, infanticidal, genocidal, filicidal, pestilential, megalomaniacal, sadomasochistic, capriciously malevolent bully.”

I expected to hear one of these two heresies in The Shack. Instead, I saw a powerful drama depicting a very biblical answer to the problem of pain. God is great and God is good, but He gives people freedom to reject Him because He wants “friends,” not “slaves.” This freedom, combined with our refusal to trust God, is what causes pain. Or as Papa puts it, “All evil flows from independence, and independence is your choice.”

Of course, this is an intellectual answer, and the problem of pain is an extremely emotional problem. And this is where The Shack especially shines. It includes these raw and real conversations between Mack and Papa where Mack questions Papa much like Job or David question God in the Psalms. And instead of responding with condemnation or pat answers, Papa responds with empathy, love and sometimes tearful correction.

“You’re the Almighty God, right?” Mack asks. “You know everything and you’re everywhere all at once? And you have limitless power. Yet somehow, you let my little girl die. When she needed you most, you abandoned her.”

“I never left her,” Papa responds.

“If you are who you say you are, where were you when I needed you?” Mack pleads.

“Son, when all you see is your pain, you lose sight of me. I’m not who you think I am.”

It’s these kinds of interactions that powerfully speak to the heart in The Shack. And though I’ll admit, the conversations sometimes err theologically, the errors are not so serious that the truth is obscured.

The Shack is a powerful argument for the goodness of God. God loves us despite what our circumstances may indicate. And though God never causes sin, He wants to heal the pain sin has caused and bring good from every evil circumstance.

The Shack is a powerful argument for the goodness of God. God loves us despite what our circumstances may indicate. And though God never causes sin, He wants to heal the pain sin has caused and bring good from every evil circumstance.

This is a basic truth that every person who follows God must believe. I remember vividly when I was in my early twenties and struggling to come to terms with four very dark and painful years, everything hinged on whether I believed in God’s goodness. And I wrestled like Mack wrestled. And I questioned God like Mack did.

And God responded – first with a powerful experience of His presence and love – and then, after listening to a preaching series on the 10 Commandments, with the realization that every one of God’s laws were for my benefit. He didn’t want me to follow Him because he was some kind of cosmic control-freak. He wanted me to follow Him to spare me the pain and heartache of rebellion.

The Shack communicates this same message. When Mack questions Papa about her wrath, she responds, “I don’t need to punish people for sin. Sin is its own punishment, devouring you from the inside. It’s not my purpose to punish it. It’s my joy to cure it.”

I’ll admit that statement comes dangerously close to suggesting that there’s no eternal punishment or hell. And given what Young writes in his newest book, Lies We Believe About God, that may be what he truly believes, and that is clearly wrong. But taken on face value, Papa’s statement reminds me of 2 Peter 3:9, which says God doesn’t wish any “to perish, but everyone to come to repentance.”

That is God’s heart towards us. And The Shack masterfully reveals that heart. I think that’s why so many have been profoundly impacted by the movie. And I fear that in our zeal for theological correctness, we may be trampling on something beautiful.

I actually saw The Shack twice. After seeing it once, I had a strong sense that someone I love dearly needed to see the movie – someone who had walked away from God but was softening towards him. So on Sunday night, we saw the movie together and we both cried. And then in a sweet prayer time afterwards, this person returned to Christ.

If this movie were as bad as some say, I don’t think it would have that kind of impact. There’s a lot of truth and love communicated in The Shack, though I’ll admit, it does so imperfectly. But God often uses flawed people to reach others, so I’m quite sure He can also use flawed works of art.

At the same time, I wouldn’t recommend anyone watch or read The Shack uncritically. Like the Bereans, we should go to the Scriptures and see if what is being communicated is true. I also wouldn’t recommend reading Lies We Believe About God or getting the The Shack Study Guide either. Clearly, The Shack’s author holds some unorthodox views, and it’s important to acknowledge that.

But in our criticism, let’s be gracious. And instead of condemning the movie to those impacted by it, let’s engage in dialogue and seek to understand what aspect of The Shack impacted them. Affirm the good, gently correct error, but above all, love.

Wheaton College has removed its chaplain, Tim Blackmon, for “inappropriate comments and actions of a racial and sexual nature towards specific staff

Megachurch pastor Darrin Patrick’s cause of death has officially been ruled a suicide, according to the Franklin County Sheriff’s Department. Patrick died

20 thoughts on “Why I Loved The Shack Despite Its Flaws”