More than 1,700* parents, students, and alumni of the Moody Bible Institute (MBI) have signed an open letter and petition, urging MBI President Mark Jobe to address an alleged pattern of “dismissal, cover up, and even disciplinary action being taken against survivors of abuse.”

“While many of us have found God and His calling on our lives within the walls of Moody, some of us have also faced harm,” the letter at change.org stated. “Harm that includes instances of stalking, discrimination, sexual assault, and rape. These harms were made worse when members of our community in positions of authority, specifically Dean (Tim) Arens, seem to have an inability or unwillingness to act to address them.”

The letter was posted Friday night  and quickly garnered dozens of comments and more than a thousand signatures.

Anna Schutte (MBI Class of 2020) wrote: “I’m signing this because I have seen too many of my friends traumatized, raped, assaulted, silenced, and dismissed. I’ve had meetings with Resident Life and (Title IX Coordinator) Rachel Puente to address the unsafe nature of campus but with no resolution.”

Similarly, Christine Bowers (MBI Class of 2020) wrote that she had a Title IX case mishandled. “I also had numerous friends who had issues with the Title IX and had to drop out of Moody because they felt unsafe.”

The letter specifically called on President Jobe to include students and alumni in the selection of a replacement for MBI Dean of Student Life Tim Arens, who will retire June 30, 2021. The letter also called on Jobe to replace Rachel Puente as Title IX Coordinator; to remove any Title IX “decision makers who also have disciplinary powers”; and to publish Title IX complaints annually.

Also linked in the letter is a Google Document containing the stories of four former MBI students, who claim Moody mishandled their abuse cases.

Anna Heyward, who identified as one of the organizers of the petition on Facebook, wrote that she was sexually and physically assaulted in 2016 by her ex-boyfriend—an MBI employee and graduate student. According to Heyward, when she told Dean Arens about the abuse, Arens urged her not to report it and threatened to place her on probation.

Heyward wrote that her ex-boyfriend got her drunk on her 21st birthday and then forced her to give him oral sex. Her ex-boyfriend then reportedly told Heyward that if she told anyone, he would report her to the school for drinking alcohol, which is forbidden by Moody’s Student Life Guide.

Heyward wrote that her ex-boyfriend continued to sexually abuse her for several months and raped her. She added that he also physically attacked her, hitting her in the face.

Heyward wrote that a few months later, she told Dean Arens her entire story of abuse and he responded, “But you drank the alcohol, right?” Heyward wrote that Arens also asked her what she did “to deserve to be hit.”

According to Heyward, Arens urged her not to pursue a Title IX case or press charges, and threatened to place her on probation for “drinking and my involvement in sexual activities.”

Heyward wrote that she then told Title IX Coordinator Rachel Puente about her ex-boyfriend hitting her in the face. According to Heyward, Puente responded that she was sorry but didn’t do anything else.

Heyward added that she did not tell Puente about the sexual abuse but asked Puente to get the full story from Dean Arens.

Heyward wrote that she returned to classes soon afterwards but was not given “any psychological or academic help.” She also wrote that MBI leaders urged her to give a speech at a banquet that her ex-boyfriend attended. When she told the leaders that she wasn’t comfortable being in the same room with her abuser, the leaders allegedly said Heyward would “get through it.”

I emailed Dean Arens for comment around midnight on Friday and again this morning, but he did not respond. I also emailed Rachel Puente and sent a message via Facebook messenger, but she did not respond either.

I repeatedly emailed MBI President Mark Jobe as well, but did not hear back.

Other Accounts of Mishandled Cases

Three other former MBI students tell their stories in the Google document. They are identified as Megan Wohlers (MBI Class of 2019), Bethany Timm (MBI student from fall 2014—spring 2016), and an anonymous student from the Class of 2020.

Wohlers wrote that she was repeatedly harassed and stalked by an MBI student that she dated briefly her freshman year, so she filed a Title IX report.

Wohlers alleged that in response, “Dean Arens and Title IX” told her that she would have to “drop all charges against my abuser in exchange for him agreeing to leave campus.” She added that the agreement also included a “gag order,” barring her from speaking about the case for the remainder of her time at Moody.

“I was so exhausted and terrified that my abuser would retaliate against my friends, family, witnesses, and me, so I agreed to these terms in order to receive immediate physical and emotional safety,” Wohlers wrote.

Similarly, Bethany Timm wrote that she was stalked by another MBI student for months. But she wrote that when she reported the stalking to Dean Arens, he “lacked empathy” and laughed when Timm said she didn’t want the student to be kicked out of school. Timm wrote that Arens said the student would “definitely not get kicked out.”

According to Timm, Arens never informed Timm that she could file a Title IX report. She also alleged that Arens laughed when Timm suggested that the student stalking her may have an “undiagnosed mental health issue,” stating: “Women tend to get over emotional about things like this.”

The anonymous student wrote that she also went to Arens about an ex-boyfriend’s stalking behavior, which included coming to her hometown and workplace without her consent.

Arens reportedly told the student that he would tell her ex-boyfriend to leave her alone. However, she wrote that when that didn’t work, she went back to Arens. But instead of helping her, Arens reportedly got frustrated and questioned whether she should be pursuing a career in counseling.

“I left the conversation in tears . . . ” she wrote. “I wanted to drop out of Moody that day for fear of being too crazy or unqualified to become a counselor.”

She added that today, she is working full time at a psychiatric clinic and has “a passion for people with mental health issues.”

I reached out to several of the people who commented on the petition, requesting more information about what happened to them. Some did not respond. Others did not want to speak with me in more detail about their experiences.

I reached out to the Moody survivors email address listed on the Open Letter for additional comment. They responded that they are forming their “media strategy” and would contact me if they are interested in “moving forward.”

*UPDATE: MBI President Mark Jobe issued the following statement today: “As President of Moody Bible Institute, and an alum, I am committed to ensuring that all of our campuses are not only safe for all students, but also a place that takes seriously the voice of victims and follows through on dealing with abuse of any kind. If our community has failed to uphold that commitment in the past, I am profoundly sorry for the pain and wounds this may have caused students and their loved ones.”

Jobe added that Provost Dwight Perry and his leadership team have developed an action plan with recommendations that will be shared Tuesday during Moody’s chapel and subsequently released to Moody alumni.

*UPDATE: On Monday, MBI announced it is hiring a firm to conduct an independent investigation of the allegations. 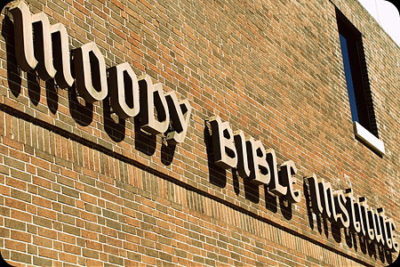 Moody Bible Institute (MBI) has retained a California-based consulting firm to investigate its handling of sexual misconduct allegations on campus. The announcement 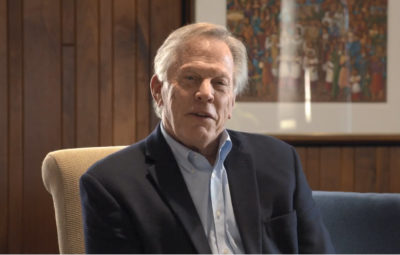 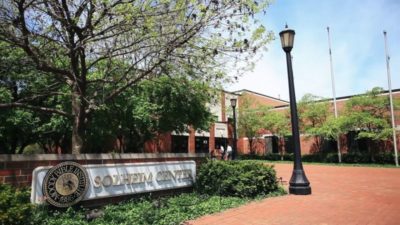 Michael Jordan. Larry Bird. Shaquille O’Neal. Name the biggest NBA stars of the 1990s and 2000s, and they all spent time working