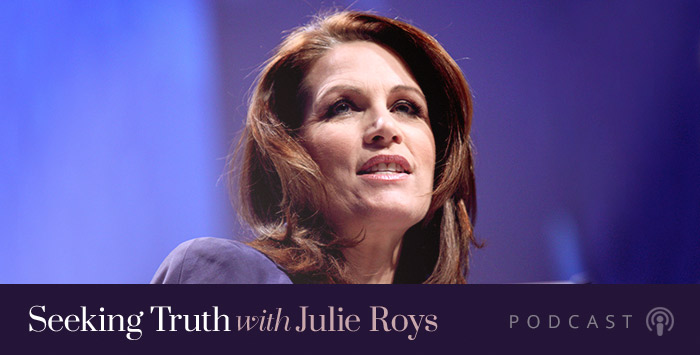 If Hillary Clinton is elected president, the United States “is going to go down really fast.”  So says former Congresswoman and GOP Presidential Candidate Michele Bachmann in this episode of Seeking Truth. According to Bachmann, the situation in the U.S. is dire. Muslims with ties to terrorism are infiltrating the U.S. government, while Islamic terrorists continue to stream into the U.S. due to our lax immigration policies.  Meanwhile, the U.S. is retreating from Israel, leaving her exposed to attack from all sides.  Bachmann believes Clinton would only accelerate this pattern and that’s part  of the reason she’s supporting Donald Trump.  Bachmann also told me why she believes these ominous current events may be the fulfillment of End Times prophecies.

I was able to connect with Rep. Bachmann on these issues last Saturday evening when I emceed a banquet where she spoke.  I found her to be incredibly warm, passionate and discerning. I think you’ll truly benefit from her extremely relevant and important insights.

Born in Waterloo, Iowa, Michele Bachmann became a born-again Christian at the age of 16. After earning a law degree, Bachmann became a local conservative activist, protesting abortion clinics and state-mandated educational standards. In 2000 she was elected to the Minnesota state Senate, and earned a reputation for her unwavering commitment to conservative principles. In 2006 Bachmann was elected to the U.S. House of Representatives and helped found the Tea Party Caucus. A rising star in the GOP, in June 2011 Bachmann announced her candidacy for the Republican presidential nomination, becoming the first woman to actively seek the GOP nomination.

Congresswoman Bachmann is recognized as one of our nation’s social conservative leaders who has consistently defended America’s religious liberties and the importance of the traditional family as a bellwether necessity for a stable society.

This episode of Seeking Truth was recorded at the Illinois Family Institute (IFI) Faith, Family and Freedom Banquet. Thanks to the IFI for all the wonderful work it does, and for aiding in the recording of this podcast. 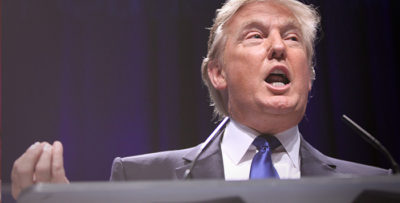 Defeating Hillary is Not Worth Sacrificing Our Witness