A Louisiana investment adviser was sentenced Tuesday to six years in prison for his part in a $3.5 million fraud that involved Texas megachurch pastor, Kirbyjon Caldwell.

According to the release, Smith persuaded multiple victims to invest approximately $3.5 million with his co-defendant, Pastor Caldwell. Specifically, Smith convinced the victims to invest in historical Chinese bonds, which he promised would yield exponential returns. However, Van Hook said the bonds were issued by the former Republic of China prior to losing power to the communist government and held no value.

Smith, Caldwell, and others divided the $3.5 million gained in the scheme, Van Hook said. Smith got more than $1 million, which he used to pay down loans, buy two luxury SUVs, make a down payment on vacation property and maintain his lifestyle, according to prosecutors.

Caldwell used about $900,000 to maintain his lifestyle and to pay down personal loans and mortgages, prosecutors said in an earlier news release. That release also noted that Caldwell had made partial restitution to the victims and agreed to pay the remaining $1.95 million before sentencing.

“This case proves that even those you trust to have your best interest at heart sometimes may not,” Van Hook said. “The victims in this case thought their trusted advisor and friend would never lead them astray but sadly, he was merely a con man who led them down an unwanted path.”

Caldwell, like Smith, pleaded guilty to conspiracy to commit wire fraud in March and prosecutors dropped other counts against both men.

U.S. District Judge S. Maurice Hicks Jr. said Smith will be on supervised probation for three years after he gets out of prison.

Caldwell is scheduled for sentencing Dec. 3.

Despite his crime, Caldwell is still prominently featured on his church’s website remains a “lay preacher” at Windsor Village. After Caldwell’s guilty plea in March, the church announced that Caldwell’s wife, Suzette Caldwell, would serve as interim senior pastor.

The Associated Press contributed to this article. 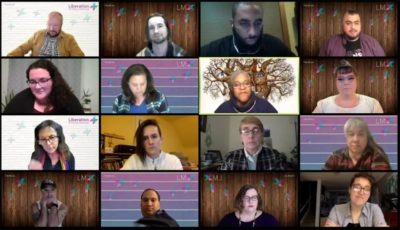