Boulder Church Community Shaken after Massacre: ‘It Could Have Been Me’

“With any kind of tragedy like this, it’s hard to process,” said Kevin Utile, lead pastor of Reach Church, which is less than a mile from the scene of the shooting. “There’s a handful of us that shop at this grocery store. Part of it is, ‘It could have been me.’ We’re praying for the families and trying to be here for the community.”

Several members of Boulder’s Cornerstone Church were in the King Soopers grocery store at the time of the shooting, according to Natalie McGukin, Cornerstone’s communications director. All of them escaped unharmed.

“We are very heartbroken for our community,” she said. “We are in walking distance from the King Soopers, so we have a lot of our members who shop there, frequent there, work near there.”

Authorities have charged Ahmad Al Aliwi Alissa with 10 counts of murder in connection with Monday’s shooting. According to public defender Kathryn Herold, Alissa may have a mental illness. On Thursday, Herold asked the court for a three-month delay so her client could be assessed and she could gather evidence.

Judge Thomas Mulvahill granted the delay and also did not set bond for Alissa, which means he will remain in jail as the case moves forward.

Members of Boulder’s church community say they’re struggling to believe a violent attack could happen in the college town with a population of about 105,000.

“You wouldn’t believe your eyes. It’s just unbelievable,” said Betty Young, a staff member at Vinelife Community Church, a non-denominational church with locations in Boulder and nearby Longmont.  Young said she has visited King Soopers before, and it shocked her to see news of a shooting there.

Young said she’s not just praying for her community, but also for the shooter.

The Denver area has a long history of mass shootings, said Matthew Ware, the senior pastor of Victory Church in nearby Westminster, Colorado. The Columbine shooting, the shooting at the midnight showing of The Dark Knight Rises, and several others happened near Denver.

“As a community we’ve been through this several times before,” said Ware. “That doesn’t make it easier. You never get used to these things and you shouldn’t.”

When shootings happen, it doesn’t just impact the immediate victims and their relatives, he said. The pain, fear, and loss affect the whole community.

“The church’s response is to mourn with those who are mourning,” Ware said.

Victory Church will provide volunteers for the memorial service of Eric Talley, the police officer killed in the shooting, Ware said.

Denver Archbishop Samuel J. Aquila released a statement  this week saying that Talley regularly attended St. Martin de Porres Catholic Church, just across the street from King Soopers. Aquila asked for prayers in this difficult time so “that God would bring good out of this great evil.”

Twenty-three-year-old Neven Stanisic—the youngest victim in the shooting—has been called a man of faith with exemplary family values by his church, Saint John the Baptist Serbian Orthodox Church.

According to Saint John leaders, Stanisic’s family came to the U.S. as refugees from the former Yugoslavia in the late 1990s.

Ivana Petrovic, the wife of the priest at Saint John’s said, “We’ve known the family ever since we became their spiritual father and mother here. He was a very good, shy, hardworking boy and one of those kiddos who listened to his parents the best.”

Pastor Utile told The Roys Report that he went to the scene of the shooting on Tuesday to pray. Under a gray, snowy sky, the store seemed “somber,” he said.  A few people spoke. Major news networks took videos. And local people laid flowers against the fence around the property.

Sudden killings like the shooting often remind people that life can end at any time, said Utile. He added that though there are many remedies people seek to tragedies like Monday’s shooting, he believes only God can fix what’s wrong.

“I know there’s a lot of people going here for legislation, for gun control, and that’s okay,” said Utile. “But Jesus is the answer. We have hope in him.”

Similarly, Ware emphasized that even when Christians mourn, they do so with hope and the knowledge that God is even greater than tragedy.

“What we come back to is ultimately this idea that we do live in a fallen world,” he said. “We have to have something that is bigger than ourselves that our faith is in.” 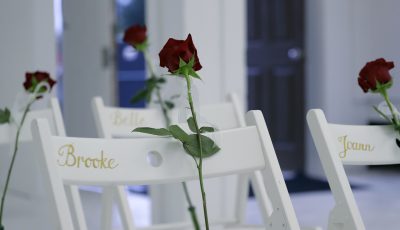 A federal judge has ruled that the U.S. Air Force is mostly responsible for a former serviceman killing more than two dozen 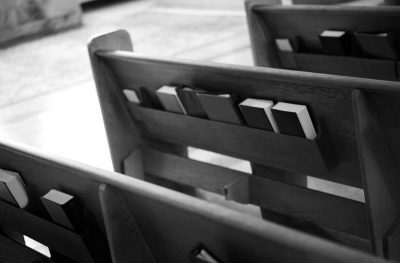 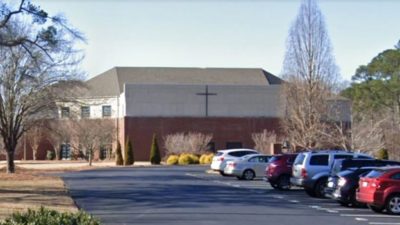 Church of Atlanta Shooting Suspect Distances Itself, Urges ‘No Blame’ on Victims

The church of the alleged gunman in the fatal shootings of eight people, including six Asian women, in Atlanta-area spas has distanced

1 thought on “Boulder Church Community Shaken after Massacre: ‘It Could Have Been Me’”