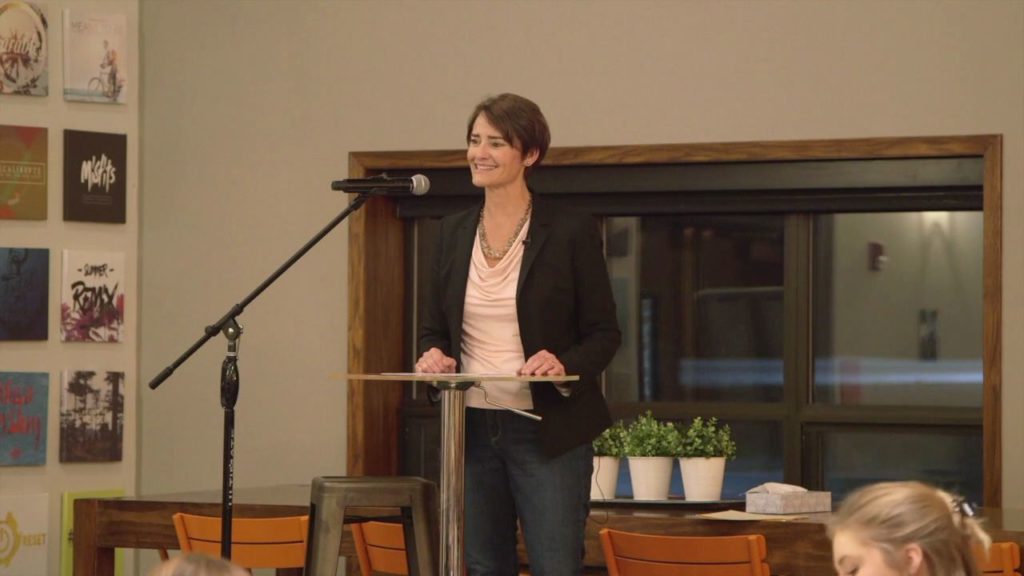 Can Dads Be Moms? : A Conversation with Young Adults, Pt. 1

Is it okay for moms and dads to switch roles? That’s a question a twenty-something man asked me after a talk I recently gave on misogyny and feminism to a young adult group at Alpine Chapel in suburban Chicago. It’s a fair question, especially in a culture where feminists espouse that all sex roles are socially constructed, and the LGBTQ community alleges that even sex itself is constructed. As Christians, what should we think about sex roles, gender, and sexuality? As I argue in this clip, God has stamped the answers right on our bodies.

Well, I’m trying to think if there’s any stay-at-home dads in Scripture. I can’t think of any. (laughs) Um, but I think that question actually gets at something much deeper. And this is, this is why I call myself a sacramentalist. A sacrament is just a physical symbol that reveals a spiritual or deeper reality. And our bodies are important..

We live in a culture that says our bodies mean absolutely nothing, right? You can have a male body, but if you feel you’re a female, then you can become a female, right? There’s no difference. There’s no difference between male and female, so if you want to switch roles — if a mother… You know, if a father wants to be a mother, a mother wants to be a father, they can do that and there’s nothing to that.

That’s actually rooted — I’m going to make this somewhat philosophical. But that’s rooted, that whole idea, if you trace it back, you can trace it back to a 2nd Century philosophy called Gnosticism. And essentially, what the Gnostics believed was that the physical world was bad and deceptive. And in fact, they have an entire creation narrative because God couldn’t have created the physical realm because the physical is all bad. So God has to be a little bit bad, right? So God has a son. His son is evil. And His son creates the physical world.

And so we’re kind of trapped inside our bodies. But each of us have this divine spark inside of us. What does this sound like? Each of us has this divine spark inside of us. And salvation comes from discovering your true self, which may be completely at odds with your body that may be deceiving you. Alright? It’s the transgender movement right there. It’s all Gnosticism.

The church, I mean, even if you look at the Nicene Creed — some of these early creeds of the church were actually written, in part, to combat Gnosticism. The Gnostics denied the incarnation of Christ because how could God become human? How could He take on an evil body? So they would deny that. It was a heresy of the church.

If you want to know if men can be equally mothers, look at your body. Can you nurse?  You know, now we know — science is telling us all sorts of things. We know now that when a woman nurses a child, when you have that skin-to-skin contact, that this oxytocin is released. And there’s this incredible bonding that happens with a child when a mother breast-feeds her child. A man can’t do that. A man doesn’t carry a child for nine months.

And I’m going to say something that may be very offensive to our culture. But I think it’s incredibly offensive for men to think that they can do what I can do as a mother. (applause) I don’t think men can do it. I was made to be a mother. You were made to be a father. I can’t be a father and you can’t be a mother. And it’s about time that we just embrace what God has made us, instead of fighting it. And our culture is going insane. It’s going nuts. And it’s rejecting — it’s rejecting the very common sense realities that are right in front of us. 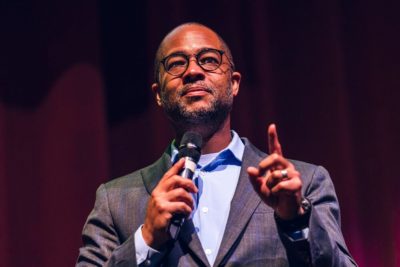