Canadian apologist Sye ten Bruggencate, who stepped down in March for “moral failure,” now says he’s been exonerated and hints he may return to apologetics ministry.

However, Bruggencate has declined to produce evidence of his alleged exoneration. And Bruggencate’s former pastor says the apologist is “permanently disqualified.”

Four months ago, Bruggencate announced he’d “been guilty of moral failure and will no longer be involved in public ministry.”

However, on Tuesday, Bruggencate published a new statement, saying his session — the body of elders that oversees a Presbyterian church — reviewed his case and reinstated his church privileges.

The session “deemed there was no evidence for the accusations, and they now believed that taken in its entirety the evidence exonerated me,” he said, citing a statement Bruggencate claims the session had prepared but not released. Bruggencate added that he didn’t believe he was “fully exonerated for my actual sin,” but was repeating “the words from the statement my Session was preparing to release.”

When asked by The Roys Report to provide a copy of the session’s statement exonerating him, Bruggencate declined to do so.

According to Bruggencate’s recent statement, the sin he confessed to church leaders in March took place in a relationship that “was committed to marriage” and was “infrequent and repented of over 3 years ago.” He also denied in the statement that he stepped down to avoid having the accusations be made public.

But that sin was still a permanent disqualification, his former pastor Richardson said in a statement also published Tuesday. Church teachings prohibit any sex outside of marriage.

Bruggencate “has permanently disqualified himself from public ministry,” Richardson’s statement read. It was co-signed by Pastor Jonathan Murdock, a Baptist pastor in Texas who Richardson said had worked with Bruggencate in the past and was familiar with the circumstances.

“We have not reached this conclusion carelessly or easily,” Richardson wrote. “But we are deeply concerned that Sye will put himself back into public ministry at the earliest opportunity.

“We believe this would be a grave mistake and one that would not only be a great disservice to the Church, but one which would also bring dishonour to the name of Jesus.”

Richardson and two others made up the former session at Faith Presbyterian Church in Tillsonburg, Ontario, where Bruggencate was under investigation. All three session members have since resigned or taken a sabbatical for unrelated reasons, Richardson said.

The session’s investigation into Bruggencate’s sin “is complete,” Richardson said. But because of the change in the church session, Richardson’s oversight has been transferred to the Canadian Presbytery of the Associate Reformed Presbyterian Church.

In a Facebook post three weeks ago, Bruggencate said his session had restored his privilege of taking the Lord’s Supper. He had been suspended from all church privileges during the investigation.

The Roys Report asked the Canadian Presbytery for confirmation that Bruggencate had been restored to church privileges. A spokesman for the Canadian Presbytery, Henry Bartsch, said in an email that the case “is before the provisional session and they will handle it in accord with the standards of the ARP Church.” Bartsch had no further comment.

Richardson told The Roys Report that nothing illegal had happened with Bruggencate, as far as he was aware. “If there had been anything at all where we thought there was even the possibility of that, we would’ve immediately gone to the police,” he said.

Richardson also wrote that Bruggencate’s statement this week was “profoundly disappointing and clearly indicates a lack of repentance on his part.”

Richardson said he hopes the church disciplinary process will conclude in a way that honors Christ.

“Our hope, certainly from the beginning, when we first learned of what was going on, was that we would handle things in a way that would honor God.”

Bruggencate released his recent statement on a website he titled Proverbs 18:17. He also linked to the statement from his public ministry Facebook page and his personal Facebook page.

Bruggencate said he had prepared a six-page statement that went into more detail about the accusations against him. But instead, he published a more vague statement on the advice of some peers.

Bruggencate said he had wanted to share details because he thought his supporters deserved it in return for “the love and encouragement that I received from you all.” He said that support “was in sharp contrast to the treatment I received from those who I hoped would have trusted me.”

When The Roys Report reached out to Bruggencate, he said in an email he has “no intention of publishing the longer statement,” based on the counsel of about five friends and peers. He also pledged not to restart his apologetics ministry without the blessing of his church session.

The website for Bruggencate’s ministry, Proof That God Exists, is still live. More than 7,000 Facebook users follow Bruggencate’s public page. He’s been in apologetics full time since 2008 and prefers “presuppositional apologetics,” which posits that people can’t appeal to logic, experience or feelings without presupposing the existence of God. 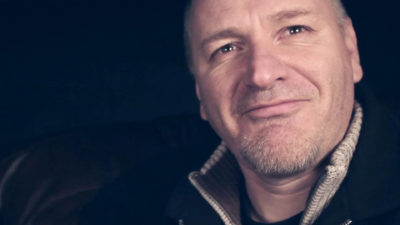 A new statement from the church of Sye Ten Bruggencate reveals that the Canadian apologist, who recently announced his permanent departure from 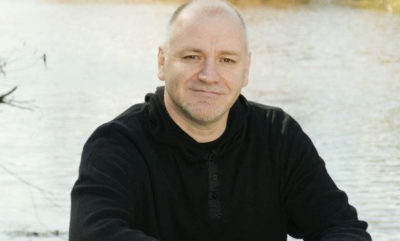 Canadian apologist Sye Ten Bruggencate publicly announced his permanent departure from ministry because of an unknown “moral failure.” In a Facebook post