Also today, Ron Duitsman—a member of the executive committee and chairman of the larger 34-member elder board—announced his resignation in an email, which was sent to elders and eventually leaked to me.

The announcement concerning the executive committee—the group that makes all the financial and legal decisions for the church—was read by Executive Elder William Sperling to a packed crowd at Harvest’s Rolling Meadows campus. However, no mention was made of Duitsman’s resignation.

At the service, Sperling said the past week had been “without a question one of the most difficult weeks in the history of our church.”

“Sperling said the past week had been ‘without a question one of the most difficult weeks in the history of our church.'”

On Tuesday, the elders fired Harvest founding pastor, James MacDonald, for “engaging in conduct that the Elders believe is contrary and harmful to the best interests of the church.” According to a statement posted to Harvest’s website, the decision was “accelerated” after Chicago radio and TV personality, Mancow Muller, aired vulgar and defamatory comments by MacDonald on his radio show.

Sperling admitted that over the years, various former elders, staff, and members of the church had complained about James MacDonald’s behavior and “its overall effect on Harvest’s culture.” He added that “part of the complexity” concerning the elders response to those complaints was MacDonald’s occasional willingness to submit to increased accountability.

However, Sperling said in the past several weeks, the elders had concluded that MacDonald’s behavior was not “above reproach.” Instead, Sperling said MacDonald exhibited “a sinful pattern of inappropriate language, anger and domineering behavior.”

Sperling admitted that the elders had not provided the necessary “direction, discipline and response time” regarding MacDonald and asked for the congregation’s forgiveness. He also said that he and the other members of the executive committee would resign.

An earlier draft of the elders’ announcement, which was leaked to me early this morning, called on the elder board to be reduced to 17 over the next few months. Tonight, Sperling said the board’s large size was a problem, and said there would be changes regarding the “composition and structure of the full elder board.” But he didn’t specify what those would be.

The earlier draft also called on the entire board of more than 30 elders to resign by the end of 2019. However, in Duitsman’s email, he said he felt that having all the elders resign seemed tantamount to punishing everyone “for the acts of someone who was our spiritual leader and was misleading us in a very unqualifying way.”

“Duitsman’s email also revealed a very divided board, noting that some elders ‘refuse to come under the authority of the Elder Board’ and are ‘assisting in the bludgeoning of the Bride of Christ.’”

He added, “There is much talk of resigning by many, let me be the first to lead in that, effective immediately.” Duitsman’s email also revealed a very divided board, noting that some elders “refuse to come under the authority of the Elder Board” and are “assisting in the bludgeoning of the Bride of Christ.”

The earlier draft also stated that it was “inappropriate to pursue a lawsuit against some of those outside the church” who raised issues about the church and MacDonald. This was omitted from the statement read tonight.

Also tonight, Sperling announced that Harvest’s Naples campus will be returned to local autonomy and will continue to be led by its current elders and staff. Earlier this week, Harvest Naples announced it had hired Russell Taylor to serve as its new interim pastor to replace founding Pastor John Secrest. Secrest was fired by Harvest several weeks ago for “insubordination” when he objected to Harvest’s plans to allow MacDonald to preach at the Naples campus during MacDonald’s earlier “indefinite sabbatical.”

Sperling also announced that Harvest will not be moving forward with plans to establish a new campus in the Hinsdale area. He said plans would remain on hold “while we evaluate the needed improvements in our governance and the way we do ministry.”

Korte announced that the members of the team will be Crystal Lake Campus Pastor Greg Bradshaw, Senior Ministry Director Laura Wiegle, and Elders Brian Musso, Tod Desmarais, and Mike Collett. Korte also said that Harvest had retained  several “outside professionals with relevant experience,” but didn’t name any of them.

However, the earlier version of tonight’s announcement said that the church had contracted with Lawrence Swicegood, a somewhat surprising choice. Swicegood is director of media for Gateway Church, a Texas megachurch that in 2017 had to lay off staff because it had overspent revenues by $23 million. The church also has repeatedly invited disgraced pastor and close friend of MacDonald’s, Mark Driscoll, to speak at its conferences.

Another somewhat surprising choice was the preacher for tonight’s sermon at Harvest, Assistant Senior Pastor and Elder Rick Donald. Donald has been at Harvest from its inception and is considered one of MacDonald’s closest friends and allies. Brian and Tammy Anderson, who attended Harvest for 10 years, told me they left the service when Donald began speaking and so did about 30 to 40 other people.

Watch video of tonight’s announcement below: 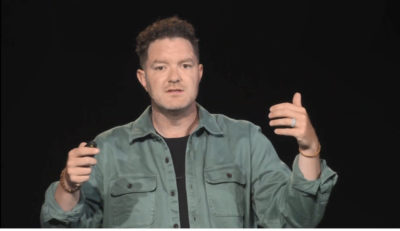 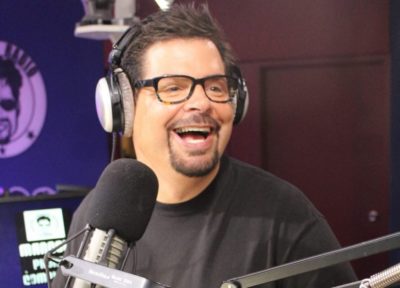 155 thoughts on “Chairman of Harvest’s Elder Board Resigns; Executive Committee to Resign Soon”