Wycliffe Associates claims it has developed two new strategies for delivering the Bible to people in countries hostile to the gospel that are achieving “miraculous” results. One is a Print on Demand (POD) system, which enables workers to print and quickly distribute Bibles. The other is called Mobilized Assistance Supporting Translation (MAST), which Wycliffe Associates claims can deliver a new translation in just weeks to months, rather than years.

Wycliffe Associates, which used to be associated with Wycliffe Bible Translators but now is a separate nonprofit, has been very successful in raising funds for these programs. The problem is: the evidence to support Wycliffe Associate’s claims is thin. And when asked to substantiate the advertised cost for POD and MAST, Wycliffe Associates has so far failed to produce documentation.

The press release sent out by Wycliffe Associates on April 1 sounded compelling.  It read, in part:

Wycliffe Associates, an international organization that empowers mother-tongue Bible translators and partners with local churches in the advancement of Bible translation, is using technology to protect and empower Bible translators working in regions of intense persecution for Christians.

It’s an impressive series of claims.  It appeals to evangelicals, who care about taking the Gospel to the ends of the earth, and who also care about persecuted Christians in other parts of the world.

So how does Wycliffe Associates accomplish these impressive claims?  It says it uses “high-capacity, Print On Demand equipment” that allows Bible translators to “quickly print the Scriptures from a flash drive, whether a few or many books, and then distribute them. Wycliffe Associates also trains workers to operate and maintain the equipment once it’s installed.”

Wycliffe Associates President Bruce Smith said in the same press release, “This is the missing link for national Bible translation teams who have been working tirelessly, risking their very lives, translating God’s Word in some of the most difficult and dangerous places on earth, places where Christianity is against the law, and national Bible translators have had to work in secret.”

But are these claims true?

These numbers are far different from what Wycliffe Associates told Mission News Network just three years ago, when it said a print on demand system could be installed in a closed country for $15,000 and that a “mini-POD” system was just $3,000.

MinistryWatch asked for a list of countries that have received POD systems, but Wycliffe Associates has so far not provided the list.

This assertion has since been disputed by independent observers.  A 2015 peer-review assessment team, which included members of the Seed Company, Word for the World, WBT Ethiopia, and WBT Africa – all organizations active for decades in Bible translation all around the world — said, “The rate of progress and the quality achieved clearly do not substantiate the widely publicized claims made for the accelerated rate of translation that can be achieved through the MAST methodology.”

Nonetheless, Smith continues to maintain that MAST produces a translation “at an unprecedented pace and quality.”  He concluded, “The only word that seemed to fit was ‘miraculous.’”

“The rate of progress and the quality achieved clearly do not substantiate the widely publicized claims made for the accelerated rate of translation that can be achieved through the MAST methodology.”

However, MinistryWatch asked repeatedly for a list of these translations.  So far, Wycliffe Associates has not produced the lists.

The Evangelical Council for Financial Accountability (ECFA) became skeptical of the claims about MAST.  It launched a review of Wycliffe Associates’ assertions.  The ECFA requires its members to comply with ethical standards to maintain their membership.  One of those standards is that “narratives about events must be current, complete, and accurate.”  Another standard says, “Appeals for charitable gifts must not create unrealistic expectations of what a gift will actually accomplish.”  Wycliffe Associates chose to resign from the ECFA on Feb. 21 “while under review of compliance” with these standards.  The resignation ended the ECFA’s investigation.

Wycliffe Associates had been a charter member of the ECFA.

Wycliffe Associates, founded in 1967, began in association with Wycliffe Bible Translators.  But it received its own separate tax-exempt status in 1995 and is now a completely separate organization.  In the early 2000s, the organization petitioned the Internal Revenue Service to classify itself as a church, and it hasn’t released its Form 990s to the public since 2007.

Wycliffe Associates’ withdrawal from the ECFA comes about four years after it withdrew from the Wycliffe Global Alliance (WGA).  The WGA is a partnership of more than 100 Bible translation agencies around the globe.

This article is provided by a special partnership with MinistryWatch.com.

Warren Cole Smith is president of MinistryWatch.com, a donor watchdog group. Prior to taking on this role, Smith was Vice President-Mission Advancement for the Colson Center for Christian Worldview.  Warren also hosts the weekly podcast “Listening In,” a long-form interview program heard by tens of thousands of subscribers each week. 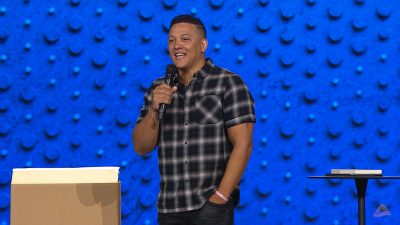