Now that eight people who attended the Rose Garden ceremony last Saturday for Supreme Court Nominee Amy Coney Barrett have tested positive for COVID-19, concerns are being raised about the faith leaders who attended the event.

One of the faith leaders—Franklin Graham, CEO of Samaritan’s Purse and the Billy Graham Evangelistic Association (BGEA)—sat next to the Rev. John Jenkins, president of Notre Dame University, at the ceremony.

Rev. Jenkins is one of eight attendees who tested positive for COVID-19 this week and has been criticized by Notre Dame students and faculty for not following social distancing protocols at the event. (Most of the approximately 150 people attending the Rose Garden ceremony did not wear masks and sat close together.)

Yet according to Mark Barber, a spokesman for Samaritan’s Purse and the BGEA, Graham tested negative for COVID this week before a trip to Alaska.

Barber added that Graham’s daughter, Cissie Graham Lynch, who sat next to him at the ceremony, is in “great health,” but didn’t comment on whether she had been tested for COVID.

In addition to attending the Rose Garden ceremony, Graham also led the Washington Prayer March with thousands of participants last Saturday. However, the prayer march was held prior to the 5:00 p.m. Rose Garden event.

“For where two or three are gathered together in My name, I am there in the midst of them.” (Matthew 18:20) #PrayerMarch2020 #WashingtonDC pic.twitter.com/PH1npj86pS

Also at the ceremony, directly behind Graham and Rev. Jenkins, was Jerry Prevo, acting president of Liberty University. Prevo also participated in the prayer march along with more than 2,200 Liberty University students.

Prevo tweeted Friday night that many had asked about his health since visiting President Trump at the White House on Saturday. Prevo said both he and his wife had just tested negative for COVID-19.

Many have asked about my health since I was visiting President Trump at the White House last Saturday. Carol and I were both tested today for COVID-19 and tested negative. Thank you for your concern and your prayers!

Less is known about the condition of other faith leaders who were at the event and sitting in close proximity to Rev. Jenkins.

This includes Paula White, who heads the White House’s Faith and Opportunity Initiative and Trump’s Evangelical Advisory Board.

White was slated to speak at the Faith and Freedom Coalition’s “Road to Majority 2020” conference in Atlanta earlier this week but did not do so, according to Religion News Service.

I reached out to White for comment, but did not get a response by time of publishing.

Also slated to speak at the “Road to Majority 2020” conference was Senator James Lankford of Oklahoma. Lankford was not at the Rose Garden ceremony but had several meetings this week with Senator Mike Lee of Utah, who was another one of the eight people at the ceremony who tested positive for COVID this week.

The others who tested positive for COVID were President Trump and First Lady Melania Trump; Kellyanne Conway, counselor to the president; Senator Thom Tillis of North Carolina; Former N.J. Governor Chris Christie; and an unnamed journalist.

Lankford said when he learned of Senator Lee’s diagnosis, he left the faith conference and drove home. Today, Lankford announced that his test for COVID had come back negative, but said he would still quarantine.

I’ve received my COVID test results and am negative. Following CDC guidelines, I will continue to quarantine. https://t.co/PVmFNtemqY

Both Ralph Reed, who heads the Faith and Freedom Coalition, and televangelist Jentezen Franklin, pastor of the Georgia megachurch Free Chapel, also attended the Rose Garden ceremony and  subsequently spoke at the “Road to Majority 2020” conference.

I reached out to Reed for comment about his health but did not hear back.

Franklin, however, posted a video on Twitter today, saying that he not only had attended the Rose Garden event, but had prayed with President Trump beforehand. Yet Franklin said he learned today that his COVID test had come back negative, and encouraged his church family to join him at services on Sunday.

We can’t wait to see you at church tomorrow. pic.twitter.com/OKS4absDXO

Mike Pence, who has tested negative for COVID, also spoke at the “Road to Majority 2020” conference.

Attempts to reach these men was not immediately successful.

According to the Arkansas Democrat Gazette, Gary Bauer, president of American Values, attended the Rose Garden event, as well.

I talked with a spokesperson with American Values to confirm Bauer’s attendance and to inquire about his condition. She said someone would get back to me, but at time of publishing, no one has.

UPDATE: On Sunday, Calvary Church of Albuquerque said in an email that Pastor Skip Heitzig was tested last Saturday at the White House and his test came back negative. He was tested again since President Trump’s announcement of a positive result. And on Monday, the church said the second test came back negative. Pastor Heitzig reportedly feels great and is not experiencing any symptoms of COVID-19. 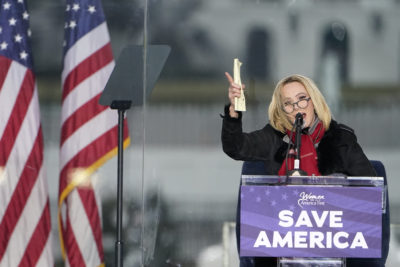 Support for President Donald Trump has been consistently strong among evangelicals, with some professing that he has been the best friend Christians 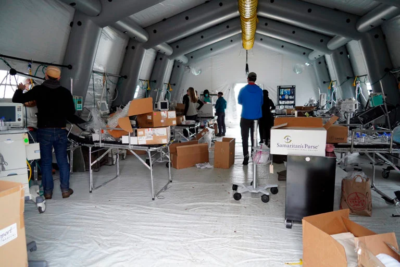 Seven months after closing its COVID-19 field hospital in New York City’s Central Park, Samaritan’s Purse is opening another one to treat