A prominent church headed by author and pastor, Mark Dever, is suing the District of Columbia and D.C. Mayor Muriel Bowser for banning indoor and outdoor worship services of more than 100 because of COVID-19.

The complaint filed yesterday by the 850-member Capitol Hill Baptist Church (CHBC) alleges that Mayor Bowser has been discriminatory in her application of the ban. The suit notes that Bowser appeared at a massive anti-racism protest in June and even assigned city police to the event.

D.C. is currently in phase two of a four-phase re-opening plan. In phase two, church gatherings must be limited to 100 people or 50-percent of a building’s capacity, whichever is fewer. In phase three, houses of worship would be capped at 250—a limit that would be lifted only in phase four, which requires a COVID-19 vaccine or therapy.

In the complaint, CHBC asks for permission to gather as a congregation while adhering to “appropriate social distancing practices.” The church also is asking the court to require D.C. to pay its attorneys’ fees and expenses.

In response to CHBC’s suit, Rev. Thomas Bowen, director of the mayor’s Office of Religious Affairs said that the “pandemic has placed us all in a tough situation. . . . We have engaged with congregations to ensure houses of worship can plan their services in a way that is safe for everyone.”

According to the Washington Post, CHBC members voted on Sunday to pursue litigation, with 402 voting in favor and only 35 objecting.

According to Justin Sok, a CHBC lay pastor, no church members were strongly opposed to the lawsuit. However, some were concerned about how pursuing a lawsuit “would affect (the) church’s witness.”

CHBC has been meeting for several months in a field outside a church in Virginia, where restrictions are less stringent. But according to the suit, CHBC cannot negotiate with large outdoor venues if D.C. refuses to give the church a waiver.

According to a tweet by Pastor Mark Dever, the church has not been livestreaming its services “Because a video of a sermon is not a substitute for a covenanted congregation assembling together . . .”

Because a video of a sermon is not a substitute for a covenanted congregation assembling together and all the various means of God's grace in that. I think it would be healthier to respect God's strange providence in a period of abstinence from meeting together.

Similarly, the lawsuit states: “For CHBC, a weekly in-person worship gathering of the entire congregation is a religious conviction for which there is no substitute.”

This argument is similar to one offered earlier this summer by prominent pastor and author, John MacArthur, of Grace Community Church in California. MacArthur wrote that “freedom of worship is a command of God.” And he stated that submitting to restrictions on congregational worship “would be disobedience to our Lord’s clear commands.”

Grace Community Church also sued government entities over restrictions that the church contends are unconstitutional. Grace noted in its lawsuit that authorities were “unequally” restricting the church’s free exercise of religion, while allowing racial justice protests. 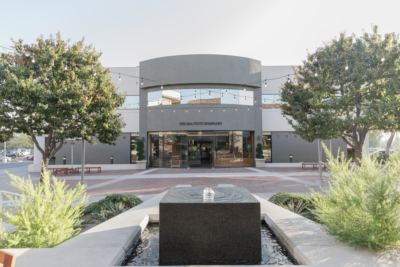