UPDATE: According to Tim Glenn, spokesperson for Compassion International, Compassion had not agreed to be a sponsor for Sticky Teams West 2020, but were probably listed on the website because Compassion had sponsored the 2019 conference. Glenn said Compassion just found out about Driscoll speaking and “doesn’t have an opinion on it.” He said Compassion will make its decision about sponsoring the 2020 conference later in the year.

Mark Driscoll, the disgraced, former pastor of Mars Hill Church who resigned amid allegations of bullying and abuse of power, is slated to headline Sticky Teams West 2020—a “premier leadership conference,” on building “healthy, thriving ministries.” As a result, sponsors are dropping their support of the conference.

The Sticky Teams conference is hosted by North Coast Training, a church consulting ministry led by megachurch pastor and “nationally recognized trainer of leaders and pastors,” Larry Osborne. On Saturday, I tweeted that Driscoll was speaking at the Sticky Teams conference. The next day, one of the event sponsors, Bethel University, suddenly disappeared from the website.

I reached out to Bethel for comment but did not hear back. However, Bethel Seminary Professor Andy Rowell said that Bethel officials told him that they will not sponsor the Sticky Teams conference because Driscoll is a speaker—something Bethel learned on Saturday.

On Tuesday, I noticed that all the sponsors that had been posted to the Sticky Teams website had disappeared. These included Compassion International, GTI Study Tours, and CDF Capital.

Jake Dockter, someone who had complained to CDF Capital about the company’s sponsorship of the conference, forwarded me an email that he received from Nathan Elson, executive director of marketing at CDF Capital. Elson wrote that CDF Capital “had no part in choosing the program participants.” Elson added that when the company “learned of the programming of the 2020 event,” it relayed “concerns to the Sticky Teams staff. CDF Capital is no longer listed on the sponsors page of the website.”

When the company “learned of the programming of the 2020 event,” it relayed “concerns to the Sticky Teams staff. CDF Capital is no longer listed on the sponsors page of the website.”

Osborne, who’s also the lead pastor at North Coast Church, has a history with Driscoll dating back 15 years and served on Mars Hill’s Board of Accountability (BOAA) and Advisors until Mars Hill closed in 2015. In 2014, when the church planting network Acts 29 kicked Driscoll out of its organization for “ungodly and disqualifying behavior,” the BOAA refused to do the same. Since then, Osborne has continued to partner with Driscoll, speaking at Driscoll’s church, endorsing Driscoll’s books, and speaking with Driscoll at ministry events.

Driscoll resigned from Mars Hill in 2014 after an internal investigation at the church found Driscoll guilty of “arrogance, responding to conflict with a quick temper and harsh speech, and leading . . . in a domineering manner.” But prior to his resignation, Driscoll had already publicly been accused of plagiarism. His church had also admitted that it had used more than $210,000 of church funds to buy Driscoll’s 2013 book, Real Marriage, to put the book at the top the New York Times best-seller’s list.

Driscoll, known by some as the “cussing pastor,” was also known for degrading talk about women and vulgarity. (He once said women were created to be “homes” for men’s penises and that oral sex was biblical.) And in 2016, several former members brought a class-action suit against Driscoll, accusing him of running Mars Hill like an organized crime syndicate—systematically soliciting donations for one purpose, but then using them for another. (This suit was later dismissed because the plaintiffs said they didn’t have the money to pursue the suit.)

Yesterday, I talked with Dave Bruskas, one of three former executive elders at Mars Hill, who now serves as campus pastor at The Village Church Fort Worth. Bruskas said Driscoll refused to go through the restoration plan that Mars Hill had suggested in 2014. And to Bruskas’ knowledge, Driscoll has not gone through any restoration plan since. In addition, Bruskas said that he knows people whom Driscoll has hurt who are not reconciled with him.

“Do I believe Mark is permanently disqualified, no—but presently, yes. If he hasn’t gone through a restoration process, then he should not be serving.”

I asked Bruskas if he believed Driscoll was fit to serve in ministry and he replied, “Do I believe Mark is permanently disqualified, no—but presently, yes. If he hasn’t gone through a restoration process, then he should not be serving.”

Bruskas added that he’s heard Driscoll confess and express remorse for the things he did at Mars Hill. Yet to date, Bruskas says he hasn’t seen evidence of repentance and change. When asked what he thinks about Larry Osborne’s continued partnership with Driscoll, Bruskas said, “That’s perplexing to me.”

According to an account in one of Driscoll’s books, Osborne and Driscoll met in 2004 at a Leadership Network event. Then, for the next decade, Osborne served as a mentor for Mars Hill leaders. According to an archived Mars Hill webpage, Osborne was pivotal in helping the church go to a multi-site model, and Osborne “counseled the leaders of Mars Hill Church for many years, providing expert wisdom and experience.”

Most significantly, in 2013, Osborne also joined the newly-created Board of Accountability and Advisors (BOAA) at Mars Hill. This board included men from outside Mars Hill who had experience leading large organizations and were tasked with “big decision-making” at the church.

This same board approved a “Unity of Mission” statement—a non-compete agreement that Mars Hill enforced on its pastors, paid and unpaid. The agreement forbade pastors from serving within a 10-mile radius of the church should they ever leave. In 2014, a volunteer pastor of community groups refused to sign the agreement and was removed.

The BOAA was also the board that was tasked with reviewing the investigation into Driscoll’s wrongdoing after 21 former pastors at the church brought formal charges against Driscoll. Despite all the allegations both within the church and in the media, the BOAA wrote in a statement after Driscoll’s resignation that “we do not believe (Driscoll) to be disqualified from pastoral ministry.” In addition, the board stated that Driscoll “was not asked to resign; indeed, we were surprised to receive his resignation letter.”

The BOAA wrote in a statement after Driscoll’s resignation that “we do not believe (Driscoll) to be disqualified from pastoral ministry . . .” Driscoll “was not asked to resign; indeed, we were surprised to receive his resignation letter.”

Less than 18 months later, Driscoll announced that he was planting a new church in Phoenix and Osborne was named on the church’s website as someone who was providing  “wise counsel” for the new venture.  Then in January, 2018, after Trinity Church launched, Osborne came to Trinity and led a pastor’s cohort for area pastors, taught at a worship service, and spoke at a men’s ministry event. 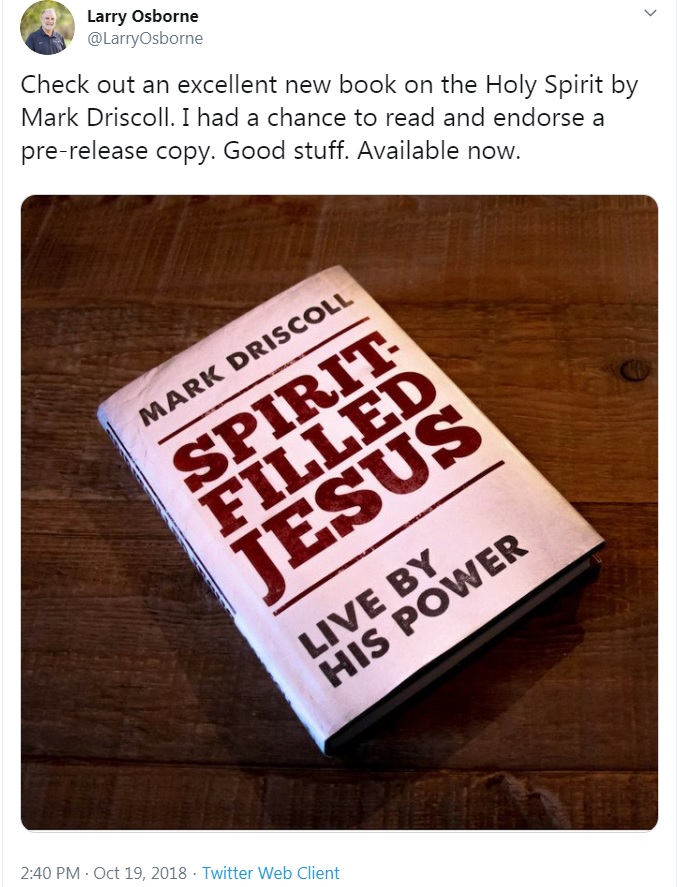 In November, 2018, Osborne again preached at Driscoll’s church and the two pastors appeared at a ministry event where Driscoll was supposed to instruct local pastors on how Jesus “maintained emotional and relational health in ministry.” Due to low attendance, the event reportedly “turned into a two-hour chat” where Driscoll and Osborne “riffed about leadership and ministry.” 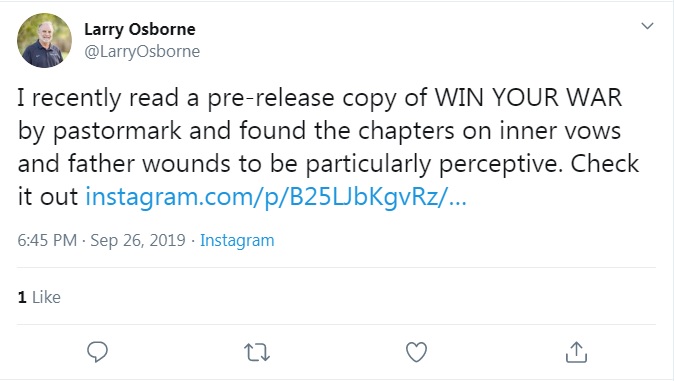 Like Bruskas, I’m perplexed why Osborne continues to partner with Driscoll. Of all the pastors to speak on “healthy, thriving ministries,” Driscoll would seem the least qualified to do so. According to Titus 1, he’s not qualified at all.

Which makes me wonder about Osborne.

Certainly, Osborne’s books and track record at North Coast are impressive. But his continued ministry relationship with Driscoll, and past actions while on the BOAA at Mars Hill, are extremely disconcerting. Is the man who sat on the board that oversaw the implosion of Mars Hill really the man to instruct pastors and church leaders on how to “craft strong stable ministries”?

Perhaps Osborne’s mistakes with Mars Hill could be overlooked if it were just an aberration. But given Osborne’s continued partnership with Driscoll, sponsors shouldn’t just reconsider their sponsorship of the Sticky Teams West 2020 conference, but any partnership with North Coast Training. Likewise, church leaders and pastors may do well to reconsider their participation with North Coast, as well. 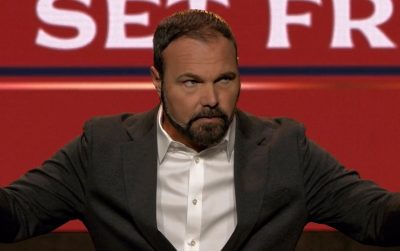 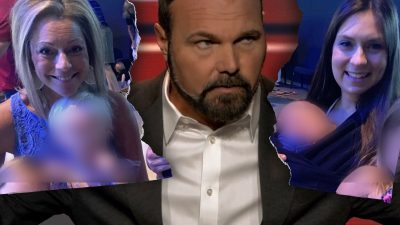 Todd and Janna Davis used to be close with their daughter and son-in-law, Lanna and Brandon Andersen, and the family’s four children.