Is Islam a Religion of Peace?: An Interview with Former Muslim Nabeel Qureshi, Part Two

Is Islam a religion of peace?  This question is central to determining whether Christians and Muslims worship the same God.  After all, if they do, one would expect both religions to promote the same virtues. Yet, as former Muslim Nabeel Qureshi discusses in part two of my interview with him, Islam, as Muhammad taught, differs radically from Christianity as Jesus taught.

Again, this issue has become the focus of a national debate after Wheaton College suspended a professor  for making the claim that Christians and Muslims worship the same God.  Talks between Wheaton College and political science professor, Dr. Larycia Hawkins, reportedly are at an impasse. In part one of my interview with former Muslim Nabeel Qureshi, Qureshi explained the theological problems with asserting that Muslims an d Christians worship the same God.  (You can listen to the full interview with Nabeel Qureshi in Episode One of the podcast, Seeking Truth with Julie Roys)

Let’s talk a little bit about terrorism and its link to Islam. On one hand, we hear President Obama saying that Islam is a religion of peace and that Islamic extremism represents only a tiny fraction of Muslims. On the other hand, I read a Pew poll that found that 63 million Muslims in 11 countries support ISIS. And, if you take into account all of those who are undecided about ISIS, the number grows to about 224 million. So, is Islam a religion of peace – or does it in fact promote violence?

That is a question that requires defining our terms. How do we define Islam? . . .  Do we define Islam how Muslims, people who self-proclaim as Muslims, how they practice Islam. . .?  Is that what Islam is? Or, is Islam that which Muḥammad, the prophet of Islam, left before he died – that religion, that sociopolitical-religio system that Muhammad left? Is that Islam historically?

If we understand that to be Islam, then there’s no question that Islam has violence in its original form. Muhammad used violence to accomplish his ends. Now, I don’t want to sound like this is Nabeel Qureshi making a judgment call. We can just quote the words of Muhammad. If we go to Sahih Bukhari, for example, this is the volume of Muhammad’s traditions that is understood to be the most trustworthy . . . What (Muhammad) says is, “I have come to fight those who do not say, ‘La ilaha illallah Muhammadur Rasulullah.’” In other words, “I have come to fight those who do not proclaim Islam, and if they do not say this, their persons and their property are not safe from me.”

Very clearly, in the most trustworthy collection of traditions, he has come to fight non-Muslims. Until they become Muslim, their persons and their property are not safe from him. In Sahih Muslim, the next most trustworthy book, this is hadith number 30, he says, “I will expel all the Jews and Christians from the Arabian Peninsula and will not leave any but Muslims.” . . .

If Muhammad is, according to these traditions, using violence to accomplish his ends, I simply cannot see how we can call it a religion of peace. . . .

How many Muslims around the world practice and actually believe Islam in the way you just described, in its original form as Muhammad passed it down?

It wasn’t until 9/11 happened that I was forced to deal with a whole group of Muslims who disagree, and I had to see why. It was when I started looking into the sources that I realized what the evidence said. I think in the West at least, the vast majority of Muslims do understand Islam to be religion of peace. When they say, “Islam is a religion of peace,” they are simply saying what they’ve been taught, what they’ve understood, how they’ve known their religion from birth.  And, so they believe it, just like I did.

I’m not sure that’s the case for Muslims in the rest of the world.  Honestly, when I’ve talked to people from Saudi, when I’ve talked to people from the Levant, I’ve asked them how they’ve understood Islam.  Generally speaking, Muslims from those countries are okay with violence. They don’t have the same issues that Westerners do, and they’ve understood that Islam has used violence.

We have to nuance our understanding of Muslims because they do range from California all the way to Indonesia. Muslims have different sorts of different understandings. In the West, I think they think Islam is peaceful. In the rest of the world, I think they know better.

When Muhammad first started preaching, he was preaching a message of peace. He had no battles, no wars for 13 years of his 23-year ministry. Once that 13th year hit, he fought battles every single year. The battles only increased, and so it starts peaceful and becomes violent. . . .

The final marching orders of Islam, chapter nine of the Quran, is the most violent chapter of the Quran. When you see, “Slay the infidel where you find them, lay siege to them and take them captive,” that’s chapter nine verse five. . . .

The most violent passages in the Quran are in the last chapter of the Quran. What does that tell you? That tells you that Islam went from peaceful to violent during the time of Muhammad. The last marching orders he gave his people were to spread Islam by the sword. . .

I would love for you to address what is increasingly becoming a problem.  That is, homegrown terrorists right here on our own soil. We know that with the internet, Muslims are becoming radicalized. Is there anything that we can do as a church to reach out to those around us who are Muslim and are maybe at risk of becoming radicalized?

I think part of the problem here is that we are more than willing to sit back and do nothing. As Christians, we just like to stay in our Christian bubble. . .

If we let people stay in their enclaves, their hearts are never going to be changed, and so I think we are supposed to reach out to the Muslims. We’re supposed to be a part of their circles. Yes, even go to their mosques – again, as long as they understand we’re not submitting. Go to their mosques. Have them over at our churches. Converse with them. That is the only way we’re going to reach these terrorists and stop them from what they’re doing.

I honestly think – call it cliché, call it old school, call it naivite, whatever you want: I think the gospel is the only answer.

Amen. I think Jesus did too.

Yes. Sharing love with them . . . The Holy Spirit works in people’s hearts. These three girls who are in the U.K., who are talking to their family about being Muslim and they left. They went to Turkey, then they went to Syria, became ISIS brides.  The message that they left their family was, “You don’t understand, mom and dad. You don’t understand Islam. You think you do, but you don’t. This is the real Islam.” That’s what they said when they left to join ISIS.

What is happening, Julie . . . people are reading the sources of Islam. . . . When they read the sources, one of two things happen. They either leave Islam like I did, or they become radicalized like these girls are. There is no middle ground here. . . .

I don’t know if you were watching a few days ago, but there was a Twitter hashtag called #ExMuslimBecause. Many people were tweeting #ExMuslimBecause, but most of them were atheists and agnostics. Why? Because they read these sources. They didn’t have a Christian interacting with them, and so they felt like they had to leave religion all together.

That might have happened with me – I don’t know – had my friend, David, not been there.  But, because my friend, David, was there while I was reading these sources, he was able to show me that the gospel is not like that at all. . . .

I don’t want to be a doomsday kind of guy, but I think this is the new normal. I think this is going to continue to happen.  And, the only thing that we can do as Christians is love the Muslims actually, reach out to them and share the gospel with them in relationship.

On Saturday, January 16, Nabeel Qureshi will debate Miroslav Volf, a key proponent of the view that Muslims and Christians worship the same God.  The debate will air on Up For Debate, a live program on Moody Radio featuring host Julie Roys. 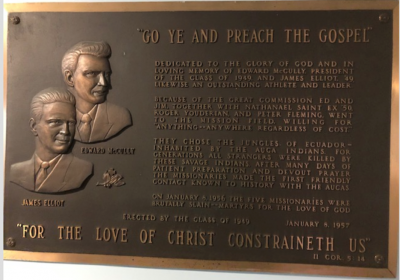 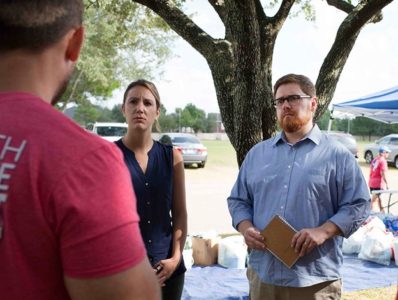 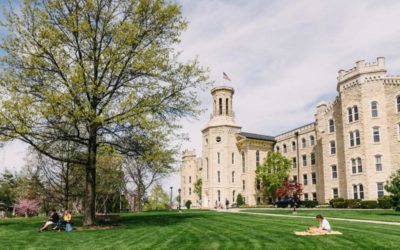