The Evangelical Council for Financial Accountability (ECFA) says its mission is “enhancing trust in Christ-centered churches and ministries.” Yet as I’ve reported on this blog and in WORLD Magazine, Harvest Bible Chapel, which continues to be accredited by the ECFA, has engaged in extremely disconcerting, and potentially fraudulent, activity.

For example, the church has repeatedly used money donated for one purpose to fulfill other purposes. Money given to Walk in the Word, the broadcast ministry of recently-fired Harvest founder James MacDonald, was used to develop a deer herd at Camp Harvest in Michigan. And $1 million in Walk in the Word funds were used to pay liabilities for Harvest Bible Fellowship when that organization dissolved in 2017.

But on Saturday, I reported what was probably the grossest misappropriation of funds. According to past Harvest executives,  MacDonald used church funds to pay for lavish personal expenses, including an African safari, Florida vacation, expensive cigars, and more. What’s perhaps most shocking about this revelation is that not only did the church know and approve these expenditures, so did Harvest’s auditors, Capin Crouse, according to Harvest Elder Bill Sperling. This, of course, raises concern about Capin Crouse. But it also raises concern about ECFA, which certainly should have known about these expenditures too.

Since November, I have been requesting interviews with Dan Busby, president of ECFA. He has declined to interview with me every time. However, Busby released the following statement to the Christian Post yesterday.

“The new information alleging financial impropriety at Harvest Bible Chapel is obviously a cause for significant concern. We will be addressing the implications of these allegations immediately and expect to have more information about ECFA’s response in the coming days.”

I sincerely hope the ECFA is concerned. But given ECFA’s inability to spot financial impropriety at Harvest, I’m concerned too—not just about Harvest, but about ECFA. This group offers its seal of approval to 2,200 evangelical Christian organizations, which allegedly comply to ECFA’s Seven Standards. But given ECFA’s track record with Harvest, how can donors believe ECFA’s assurances?

In November, I sent an email to Busby through his public relations representative with the following specific questions about Harvest:

I also sent a follow-up email, inquiring about former Harvest CIO, Jeffrey Parham, who was reported to authorities for allegedly embezzling $270,000 from the church since at least 2017. I wondered, as many have, how this could have occurred without Capin Crouse or ECFA noticing it? (I also sent emails to Capin Crouse, requesting an interview, but the organization did not respond.)

ECFA responded with a statement announcing that the group would do an on-site evaluation of Harvest. That evaluation occurred on December 10, after which Busby sent the following statement:

“As part of its ongoing compliance review process, ECFA staff were on-site at Harvest Bible Chapel earlier this month. Of particular interest was the church’s compliance with ECFA’s Standard 6, Compensation-Setting and Related-Party Transactions.

“Harvest Bible Chapel is in full compliance with each of ECFA’s Seven Standards of Responsible Stewardship and remains a member in good standing with ECFA.”

This is absolutely stunning, given the financial abuse at Harvest, and evidence that ECFA’s accreditation may be nothing more than a false assurance.

I again have reached out to Busby and requested an interview. For the sake of thousands, potentially hundreds of thousands of donors, I hope he agrees to one. Given ECFA’s glaring failure at Harvest, these donors deserve answers.

Harvest Bible Chapel today disclosed that it gave all digital and physical assets of Walk in the Word—including $1.2 million and a 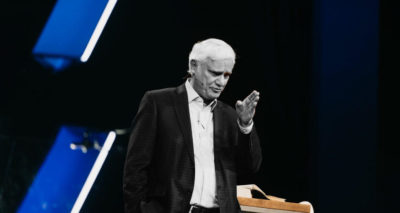 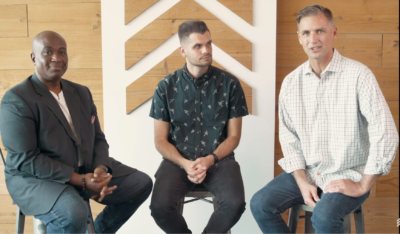