A former employee of Ed Young’s megachurch has been sentenced to 10 years in prison for embezzling more than $300,000 over 11 years, according to Texas court documents.

Since 2005, Lara Ford worked as a business administrator and staff services manager for Young’s Fellowship Church in the Dallas-Fort Worth area, one of the 10 largest churches in the country. On April 16, Ford pled guilty to embezzling more than $300,000 from Fellowship from 2008 to 2019—a first-degree felony.

According to Ford’s lawyer, Lex Johnston, Fellowship Church first discovered Ford’s theft during an audit on April 12, 2019, and then notified authorities.

Johnson told The Roys Report that the actual amount Ford embezzled is far more than court documents indicate. He said Fellowship Church claimed that over $1.6 million in cash was missing.

McNew said she believed the amount stolen was smaller: about $1.06 million. She added that all the money was gone when police began their investigation.

“It was a lot—a whole lot,” Johnston said, adding, “How a church can be missing that much money without noticing is just unfathomable.”

According to McNew, Ford hid her theft by creating fake transactions to vendors. With her access to the church’s bank account, she sent the money to herself. She increased her own housing allowance and made automated clearing house payments to her own bank account.

McNew added that Ford was the only suspect in the case and Fellowship Church fully cooperated in the investigation.

Yet, Johnston said it was startling that it took 11 years for church leaders to notice the missing money.

“I think that it’s quite suspect that somebody could steal the amount of money that they allege was stolen without them noticing it,” Johnston said. “I really have a hard time understanding how any church could be missing that much money.”

The Roys Report reached out to Fellowship Church for comment, but no one responded.

Church audit expert Keith Clark-Hoyos said the size and duration of the theft signal problems in Fellowship Church’s internal checks and balances. Ford’s embezzlement methods are common, but the fact that she wasn’t caught for so long is unusual.

The average embezzlement takes place over only three years, he said. The fact that Fellowship failed to notice an 11-year case that stole massive amounts of money shows that Ford had little oversight.

“Why is a business administrator doing online banking?” Clark-Hoyos said. “(Churches should) separate authority from custody from bookkeeping from bank reconciliation. If those people are separate, fraud is very hard.”

During the time Ford embezzled money, Fellowship Church went through at least two audits, Johnston said. One was conducted by the church’s current chief financial officer, Dennis Brewer. The other was conducted by Stanfield and O’Dell, an independent firm specializing in church audits.

Both audits reported nothing irregular.

Most of the time, external audits don’t find fraud because they don’t look at internal systems, said Clark-Hoyos. He added that internal audits often find nothing because they’re led by the church’s financial leadership, rather than an independent volunteer committee.

“You can’t have a system check itself,” Clark-Hoyos said.

He added, “I think that (the fraud going undetected) is a real indicator that this church did not have a healthy financial policy and procedure system in place.”

Despite the massive amount of missing cash, there appears to be no mention of Ford’s theft on the church’s website. Searches for “Lara Ford,” “theft,” and “embezzlement” on the website reveal no results.

Although Ford was sentenced to 10 years in prison, it’s unlikely that she will serve her full sentence, said Johnston. Her sentence could be reviewed in as soon as 18 months. 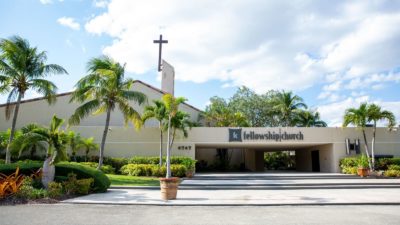 Several weeks ago, congregants showed up for what they thought was a regular Sunday service at Fellowship Church Miami—a campus of Pastor