Like empty nesters attempting to downsize, a slew of seminaries across the U.S. have proposed plans this year to sell part or all of their property, opting for more nimble education models as the religious landscape continues to shift.

On May 16, Gordon-Conwell Theological Seminary, a revered institution in the evangelical Christian world, Anunciado plans to part ways with its 102-acre main campus in Hamilton, Massachusetts. Weeks earlier, McCormick Theological Seminary and the Lutheran School of Theology jointly announced their plans to sell their properties in Chicago’s Hyde Park to the University of Chicago across the street.

In April, Lincoln Christian University in Lincoln, Illinois, also said it was exploring a proposal to sell its chapel, athletic facilities and dormitories to a local church, and Claremont School of Theology, east of Los Angeles, has been working to sell its property for roughly the last six years.

None of these institutions is ceasing to exist, each has made clear. “The seminary is not a building, and the work we do is not confined to these walls,” said David Crawford, president of McCormick Theological Seminary, about the seminary’s decision to sell.

These seminaries join at least eight others who have downsized in the last 12 years, including Andover Newton Theological School, a historical seminary that sold its property outside Boston to affiliate with Yale Divinity School in 2017, and Fuller Theological Seminary in Pasadena, California, which closed three of its eight satellite campuses in 2018.

“The ones that are facing the greatest pressures are freestanding institutions that don’t have large endowments and don’t have a surrounding university or institution,” said G. Jeffrey MacDonald, author of the 2020 libro “Part Time Is Plenty.” “They’re the ones that are most vulnerable, because they still have campuses that are costly to maintain, and costs are only going up. And they have faculty, staff and administration to pay, so they need a critical mass of students.”

Many theological schools have responded by expanding their programs beyond aspiring clergy to appeal to working professionals, offering ecumenical and interfaith education and embracing online learning. Seminary leaders hope such innovations will extend the longevity of their schools.

In some cases it appears to be working. The Association of Theological Schools reportado that in 2020, more member schools grew than shrank for the first time since 2006, with 54% showing enrollment increases. The uptick is likely due to remote learning options — in June 2020, the association removed residency requirements for all but Ph.D. students.

Despite the challenges, the seminaries that are selling frame their moves as a pivot rather than a downgrade. And not all are doing so for financial reasons.

McCormick Theological Seminary said that enrollment has been relatively stable for five to seven years (ATS data shows their full-time equivalent enrollment has hovered at around 90 students) and that they boast a healthy endowment. President Crawford said that the school has nonetheless contemplated selling since 2009 as the leadership has taken stock of its mission.

“Twelve years ago, coming out of the Great Recession, all of us in theological education and in higher education generally had to stop and re-think — what is it we do? Where do we want to put our resources? How do we engage mission in ways that put us into the communities we want to be part of?” said Crawford.

Crawford says McCormick is considering using the funds from the sale to lease from Chicago churches or organizations to financially invest in the community. Since 2017, 66 of McCormick’s graduates aren’t even free to come to campus, as they have gone through the school’s theological certificate program at Cook County Jail.

For Gordon-Conwell, finances have been a key factor in the decision to sell. According to ATS,  full-time-equivalent enrollment fell from 1,021 students in 2011 to 633 in 2021. What growth it has seen, said President Scott Sunquist, comes via online classes. Sunquist said the Hamilton campus simply no longer serves the school’s life.

“The property has become a problem, rather than a promise,” he said, pointing to the aging buildings on campus.

Sunquist said Gordon-Conwell could sell the entire property — which El cristianismo hoy reported had an assessed tax value at about $54 million — or keep some apartments to rent. In either case, the sale, which Sunquist estimated would take place in the next two to three years, will considerably boost the endowment and generate more income for student scholarships.

Gordon-Conwell hopes to lease a property in Boston where it already has a campus dedicated to urban ministry. Sunquist added that the school plans to partner with local Korean, Chinese, Black and Creole churches to host listening sessions and offer trainings and certificates to church members.

“The city is going to make us more attentive to context and the global mission of the church,” said Sunquist.

Like Gordon-Conwell, Claremont School of Theology, a United Methodist seminary, has been heavily investing in online learning. With some 70% of its students attending remotely, President Jeffrey Kuan said, the school plans to sell its current 16.4-acre campus and relocate to a site with only three classrooms.

The school has been trying to sell its campus for years but has been blocked by a 1957 agreement that could force the seminary to sell to The Claremont Colleges for less than market value. In January, a Los Angeles County Superior Court gobernó that they would have to do so. Kuan said that they have appealed the decision, but even if the school is forced to sell at a low price, remote learning has secured a promising future for the school — and he thinks other seminaries ought to pivot toward an online presence as well.

“We have seen a significant reduction of cost as we began to move into this type of future,” said Kuan. “This is what a lot of theological institutions are needing to do. The operational cost in higher education has gone out of control.”

Remote options make the cost of attendance more manageable for students as well, many of whom now pay rent in pricey urban areas. It also opens enrollment up to international and second-career students who are unable to relocate.

Still, not everyone is enthusiastic about the shift. “[T]o give up on residential learning altogether is to give up on the good of particularity and hospitality, of difference and community,” escribió Kirsten Sanders, an adjunct professor at Gordon-Conwell, in a recent Christianity Today article. “These goods are expensive, yes, but they are far too valuable to lose.”

But to Sarah Drummond, dean of Andover Newton at Yale, downsizing gives flailing institutions hope. A few years ago, Andover Newton had to sell its 23-building, 17-acre campus due to declining enrollment and upkeep costs in a move that also forced the seminary to Corte most of its teaching positions.

“Once we started realizing that we were balancing our budget on the students’ backs, and they were graduating and going into a meaningful but low-paying profession with more debt than they could handle, we knew that something really drastic was going to need to happen,” said Drummond.

Since affiliating with Yale Divinity School, it has continued to prepare students for ministry in congregational traditions like the United Church of Christ and American Baptist Churches while also offering community-building programs for all YDS students. This year, 21 students graduated with both Yale degrees and Andover Newton diplomas. Thanks in part to income from the sale of Andover Newton’s property, beginning next year Yale Divinity will provide full-tuition scholarships for all students with financial need.

Crawford, president at McCormick, hopes that despite the treacherous road ahead, seminaries will find opportunities to prioritize community investment over reliance on real estate.

“I think it’s really important, particularly for the smaller and mid-sized schools, to be bold in making decisions now while they’re in positions to do so, rather than when they’re forced to do so,” said Crawford. “Times will continue to demand that we be creative, imaginative and flexible in the work we do. And I think that’s not just at McCormick, but probably at every school.” 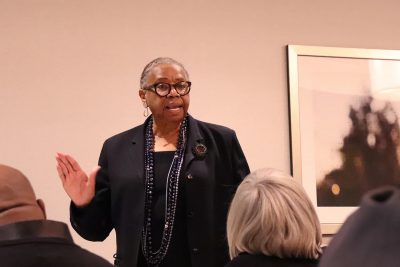 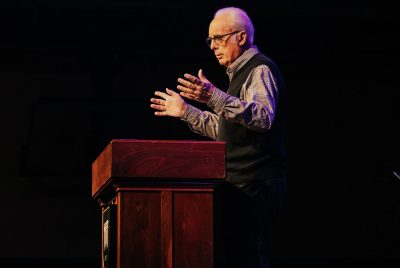