Stephen Sizer, a leading evangelical critic of Israel with a devoted following in the U.S., was found guilty this week of antisemitic behavior and provoking Jews in a unique Church of England Tribunal. Punishment will be determined later.

Sizer’s many books, articles, and social media posts oppose Christian Zionism—the view that the creation of the nation of Israel in 1948 was prophesied by Scripture and may play a role in the Second Coming of Christ.

Sizer has repudiated antisemitism, but says that’s different from criticizing Israel, which he allegedly does by promoting conspiracy theories. He posted a link to a social media post claiming that Israel was responsible for 9/11. He blamed “Israel’s hidden hand” for the downfall of UK politician Jeremy Corbyn, appeared at conferences with Holocaust deniers, and advised fighters with the Palestinian group Hezbollah.

Both Burge and Copan declined to answer questions from El Informe Roys (TRR).

A decade of failed discipline and disingenuousness

In 2012, the Board of Deputies, a group that represents the interests of England’s Jews, complained to the Church of England about Sizer’s statements and social media posts. Following a hearing, Sizer entered into a 2013 conciliation agreement in which he agreed to have his online conduct monitored.

He quickly reneged on his promises. His 9/11 post came in 2015, after which church officials banned him from social media for six months. He was later banned from writing or speaking about Middle Eastern political themes. He was dismissed from the clergy in 2018, but claims he resigned the year before.

Sizer repeatedly flouted restrictions and evaded accountability, according to Tuesday’s determination, which can be found aquí.

Over the years, Sizer has offered a variety of defenses for his behavior. He says he didn’t read the entire 9/11 post he linked to; didn’t know he would be speaking at an event alongside a Holocaust denier or that a scholar he cites was also a denier; and didn’t realize his comments offended Jews. Sizer claims he has been misquoted and misunderstood and is the target of a decade-long campaign of intimidation and harassment.

The Board of Deputies continued to press their complaints, leading the church to hold a May hearing on 11 separate incidents. Sizer’s attorney denied any wrongdoing. “The Respondent admits the factual basis of the outstanding eleven allegations but disputes that his conduct was unbecoming or inappropriate.”

On Tuesday, the Church rendered its determination on the 11 incidents:

The determination criticized Sizer’s behavior during the hearing. “Despite repeatedly saying that he was contrite, he showed scant evidence of being so.” The Tribunal expressed “great concern” about his lack of apology and “disingenuous . . . answers.”

Sizer “believes passionately in the rights of Christian Palestinians, and other Palestinians, sometimes to the exclusion of values that he knows or should have known that he is required to uphold as an ordained minister,” said the Tribunal’s determination.

This time, Sizer finally acknowledged his guilt in a statement.

“I accept those conclusions and the criticisms of my conduct, and apologise unreservedly for the hurt and offence caused. . . . I do not propose to say any more at this juncture as I pray and reflect further.”

The verdict was hailed by some, including Michael Brown, an American Messianic Jew and apologist. Brown debated Sizer in 2013 on Up for Debate, the former Moody Radio program hosted by Julie Roys.

In that debate, Brown attacked Sizer for criticizing pro-Zionist churches in the Middle East, saying “they’ve repudiated Jesus, they’ve repudiated the Bible, and that they are an abomination.” Sizer claimed he hadn’t made the comment until Brown offered proof.

“I’m thrilled to see that the Church of England has found Rev. Sizer guilty of antisemitic rhetoric, and I do hope his statement of apology is genuine,” said Brown. Brown added that Sizer had embraced a “dangerously extreme anti-Zionism, which clearly bleeds into antisemitism.”

“On a theological level, he ignores large swaths of Scripture in order to disenfranchise the Jewish people, leaving them bereft of divine promises,” said Brown. “On an ethical level, he goes beyond fair criticism of Israel to demonize them, which is certainly antisemitic. And when his social media posts are more sympathetic to Hamas terrorists than to the people of Israel, you know that something is amiss. May the Lord grant him real and deep repentance.”

Two Jewish believers in Jesus who have long tracked Sizer’s work said it was about time for the Church of England’s verdict.

“At long last, the Church of England has found Stephen Sizer guilty of engaging in antisemitic activity,” escribió American pastor Rev. Bernard Howard and British scholar James Mendelsohn. “Nevertheless, it grieves us greatly that evangelical leaders have known for more than a decade about his antisemitic conduct and yet time after time have looked the other way.”

The two men spelled out their concerns about Sizer in a 2021 article entitled, “A Lesser Bigotry: The UK Conservative Evangelical Response to Stephen Sizer’s Antisemitism.”

In comments to TRR, Mendelsohn, a Jewish follower of Jesus and a senior lecturer in law at the University of the West of England, said Sizer’s criticisms of Israel were often antisemitic.

“It would have been perfectly possible for Rev. Sizer to make strong criticisms of certain aspects of Israeli policy and of Christian Zionist theology without, for example, promoting antisemitic conspiracy theories or attempting to divert church funds to an organisation with links to Hamas,” said Mendelsohn.

Mendelsohn, a Jewish believer, criticized those who have reportedly failed to hold Sizer accountable including the Rev. William Taylor of the prominent London church, St. Helen’s Bishopsgate. According to Howard and Mendelsohn, Taylor declined to discipline Sizer because he saw “no justifiable grounds for breaking gospel partnership with Stephen. “

TRR reached out to Taylor at St. Helen’s Bishopsgate for comment but received no response.

One American pro-Palestinian Group, Friends of Sabeel North America, appears to support Sizer, despite the tribunal’s finding. A page still posted on its website at time of publication claims Sizer was “facing spurious accusations” at the church tribunal. “The following persons #StandWithStephen in solidarity,” says the web page, which lists only people’s initials, not their full names. 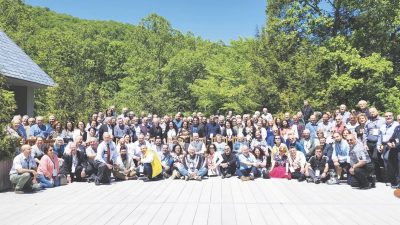 When Pastor Jad arrived in the U.S. from the Middle East in 1972, there were only a few Arabic-language churches in the 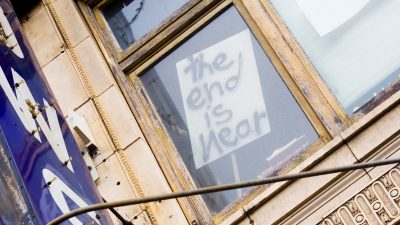 An extensive national survey finds that Christians in the U.S. are evenly divided on whether the current generation is “living in the 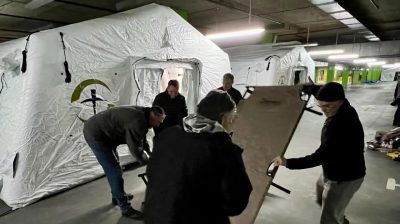