En a column published Wednesday en Current, Olasky wrote that WORLD’s executives have compromised its news coverage by opening the door to “pay-to-play and editorial favoritism.”

TRR reached out to Martin for a response. He did not address the allegation, but stated, “Marvin’s time with WORLD was very fruitful, and we owe him a lot. We hope his remaining years are similarly productive.”

Olasky had been editor-in-chief at WORLD since 2001. He, two top editors, and a senior reporter resigned within days of each other last fall, TRR previamente reportado.

They were the top seven journalists on WORLD’s masthead before Olasky’s resignation.

WORLD had “editorial independence” during Olasky’s 30-year tenure there, Olasky wrote. Its reporters covered stories whether or not they angered advertisers or donors, Olasky claimed. As a result, readers trusted the publication’s “accountability reporting,” he said.

The magazine was among the first to report on now-disgraced Mars Hill Church founder marca driscoll. WORLD also stood by TRR’s founder Julie Roys when James MacDonald y la Capilla Bíblica de la Cosecha sued her in 2018, in the middle of an investigation for WORLD.

“In 2021, though, WORLD’s board decided things had to change,” Olasky wrote. He explained that the board didn’t formally break down the barriers keeping donors and advertisers from influencing news coverage, “but it did take actions that had that effect.”

This included launching an opinion section without the editorial department’s oversight and designating Martin the “quarterback” of WORLD’s journalism, according to Olasky.

Olasky wrote that the columns in the new WORLD Opinions didn’t meet the standard of “sensational facts, understated prose.” He quoted from a column by managing editor Andrew T. Walker as an example of WORLD’s tendency for the columns to be mere “blasts at ‘the hypocrisy of our ruling class’.”

He also wrote that WORLD now seems “afraid to offend the right.” He noted that the magazine in 2020 reported on sexual harassment allegations against Madison Cawthorn, when Cawthorn was a Republican candidate for Congress. But it hasn’t covered Cawthorn’s more recent controversies, he noted.

“Maybe the omissions were accidental,” Olasky wrote, “but when the wall of separation comes down, suspicion grows: Did WORLD skip a story that would have disturbed donors?

“WORLD’s two top business executives now sit on an editorial council that decides policy concerns,” Olasky wrote. “That opens the door for questions about pay-to-play and editorial favoritism based on donor desires.”

One of WORLD’s defenders, William Wolfe, called Olasky’s criticism a symptom of “woke forces” at the magazine—echoing what Olasky had called a “conspiracy theory” surrounding WORLD’s coverage decisions in 2020. Wolfe was a Trump administration official and is pursuing a Master of Divinity from Southern Baptist Theological Seminary, where WORLD Opinions Editor Al Mohler is president.

What a laughable (and objectively false) description of what happened at World.

This is the playbook now. Woke forces co-opt conservative orgs and when they are pushed out, they cry “Trump! Christian Nationalist!”

But journalist Napp Nazworth said the situation at WORLD reminded him of why he resigned in 2019 as politics editor for El mensaje cristiano, a popular evangelical news outlet. Nazworth has since founded a nonprofit aimed at fighting disinformation.

I'm grateful to see @MarvinOlasky write about the changes that happened at World, which resemble my experience at The Christian Post. Lots of important lessons here. https://t.co/14um21EI5i

Belz, who used to be No. 2 on WORLD’s masthead, called Olasky’s account “dispassionate” and said he had omitted details about “personal attacks and double dealing he endured.”

A dispassionate account of what happened at World and its wider context. What @MarvinOlasky doesn’t report are the personal attacks and double dealing he endured when as editor in chief he challenged the changes. https://t.co/YYuYZiyqGg

Olasky told TRR he’s received “hundreds” of positive responses to his column in the 24 hours since its publication. He added, some were “from current WORLD readers who have noticed the change.”

Some WORLD subscribers have posted on social media that they do not plan on renewing. One called the outlet “lacking.” Another said the magazine “caters to the Al Mohler brand of Reformed-ish conservative political activism.” 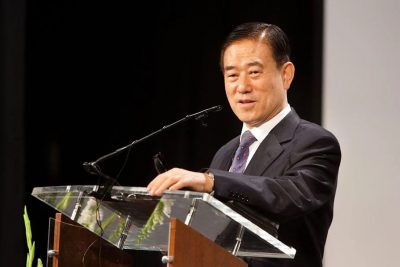 The company that owns Newsweek magazine has filed suit against its former owners and the religious leader David Jang, seeking to recoup 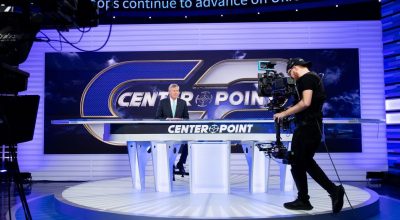