For years, Jules Woodson has advocated for reform in the nation’s largest Protestant denomination, hoping to assist survivors of sexual abuse and hold abusers to account.

“I’ve always wanted to be part of something bigger than my own story,” said Woodson, who is co-founder and chief operations officer for Help;Hear;Heal, a nonprofit that will provide scholarships to abuse survivors seeking counseling.

The nonprofit will fund six sessions of counseling for abuse survivors through a partnership with Thriveworks, a counseling practice that provides in-person and online therapy. Survivors can get assistance through the Help;Hear;Heal website, which will link them to Thriveworks.

Abuse survivors often face challenges in getting the help they need, said Todd McKay, founder and CEO of Help;Hear;Heal. There’s often a great deal of shame and trauma when they come forward about abuse and the headaches of navigating the health care system, where insurance doesn’t always pay for counseling.

Some survivors, especially younger people still on their parents’ insurance, may not be ready to reveal that they have been abused, he said.

“Our model is, we’ll deal with insurance later,” said McKay. “Let’s give you the support you need immediately to help.”

McKay became involved in assisting abuse survivors after learning that a member of his family had been sexually abused. That family member was able to get help, in part because McKay could afford it.

“We were lucky in that we could write a check,” McKay said. “Not everyone can do that.”

He also worries that some survivors may give up on getting counseling because of the headaches involved — or will remain silent.

McKay first met Woodson on social media, where she often advocates for abuse survivors in the Southern Baptist Convention and other church settings. The story of her own abuse gained national attention in 2018 after she confronted the pastor who had abused her 20 years earlier when she was a teenager and her abuser was a youth pastor.

Her abuser went on to become a megachurch pastor. His church gave him a standing ovation after he confessed. He later resigned and started a new church.

Since that time, Woodson has become an advocate for abuse survivors. During the Southern Baptist Convention’s annual gathering this past summer, the denomination passed a resolution apologizing to Woodson and nine other survivors by name. The denomination also passed a set of reforms designed to address abuse.

In the months after the SBC meeting, Woodson said she’s been devoted to her new work, helping raise funds and get the word out.

She said that coming forward about her abuse caused conflict in her family and sent her looking for counseling, something she continues still. She hopes her work with Help;Hear;Heal can not only fund counseling but also make it easier for abuse survivors to come forward.

Sexual abuse often involves shame and stigma, making it difficult for survivors to tell anyone about their experience, meaning they often live with pain for years.

“We really want to break down the stigma,” Woodson said. “We want to give the resources, the access to funding for survivors to get in, make that initial disclosure, start to unpack the trauma they’ve experienced, so they can make a long-term plan for what healing looks like.”

Woodson said the program is meant to help survivors from any background, not just those who have experienced abuse in the church.

👉 Overlooking sexual assault is not okay- trying to make it disappear and knowing about it while not doing anything about it isn't going to change anything!

McKay, who grew up Catholic and Methodist, no longer identifies with any religious group. He said his family’s experience of abuse made him want to help others who have experienced the same thing. He said there are many local nonprofits already helping abuse survivors but he wanted to do something that could help people on a more national basis.

He also wanted to take some of the stress out of looking for help during a crisis and hopes online access to counseling can ease some of the burdens for survivors and their families.

“Let’s make this as simple and as quick as possible to get you in to talk to someone,” he said. 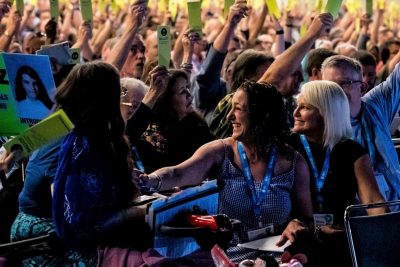 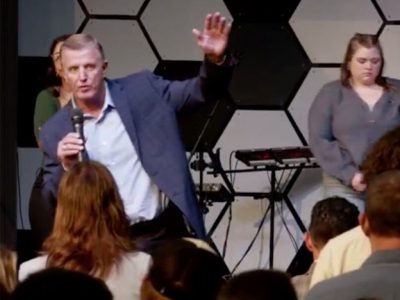 When Jules Woodson saw the viral video of an Indiana church applauding a pastor who had confessed to sexual misconduct, her heart