Five Escuela cristiana de Midland employees who were arrested in February and accused by police of failing to report a student’s sexual assault have been “no-billed” by a Texas grand jury. Midland County District Attorney Laura Nodolf confirmado the outcome to the Midland Reporter-Telegram.

Kenneth Pybus, an attorney and journalism professor at Abilene Christian University, explained what the no-bill decision means in Texas, where grand juries decide whether to indict the accused.

“A grand jury heard evidence,” Pybus said, “and they said, ‘No, this is almost certainly not going to lead to a conviction. There is not enough evidence to go to a trial, so we’re refusing to issue an indictment.’”

Midland Christian said in a statement that the grand jury’s decision aligns with the finding of its own independent investigation.

“Our independent external investigator concluded the five individuals acted reasonably and appropriately given the facts and circumstances,” the statement reads, “so we are not surprised the grand jury reached the same conclusion. …

“We are proud of the five members of our Midland Christian School family and grateful these legal proceedings are behind them. They have each handled themselves gracefully in the face of these extremely difficult circumstances, all while holding firm to their faith.”

The school added that the employees will remain on paid administrative leave at least until the end of the current school year — nine days away — to “avoid yet another disruptive change.”

Attorneys for at least two of the administrators involved, Superintendent Jared Lee and Athletic Director Greg McClendon, have released their own statements after the no-bill.

“We’re just thankful to the grand Jury for looking at the actual facts, not what’s been reported in the news, the actual facts and coming to the right decision,” Lee’s attorney said.

Lee’s mother, Carol Lee, expressed her gladness at the jury’s decision in an email to the Chronicle.

“We are praising the Lord tonight that the grand jury no-billed these five individuals that have given their life to Christian education and would never do anything to hurt a child,” she said.

McClendon’s attorney, meanwhile, emphasized the hardship the accusations have caused against the former athletic director — the only one of the group to have resigned from his position in April, the Reporter-Telegram reported, though all were suspended.

“The last three months have been the most difficult of Coach Gregory McClendon’s life. His faith has not wavered. He has remained steadfast in his Truth that he acted professionally, ethically, and morally in his handling of a rumor of an assault among student-athletes.”

The statement also called for an independent review of the Midland Police Department’s investigation.

“Professional lives were sullied and ruined by poorly investigated accusations and a calculated public arrest to garner media attention,” the attorney said. “It is said that when you drag someone through the mud, they will get muddy. Five lives are forever changed because of a rush to judgment by the police and the public.”

Midland Mayor Patrick Payton also released a statement emphasizing his faith in the process of the justice system but expressing sympathy for the accused.

“I stand here today and tell you I would say the same thing again and again: Let the process work itself out,” Payton said. “We as a people here in Midland, Texas, cannot act like other places, and seek to intimidate or harass or influence the legal process. If you lose hope in the process, we’re losing hope in liberty, and we cannot afford to lose that hope.”

“I have been deeply and personally burdened by what many have had to go through in the process,” he added. “There have indeed been reputations damaged, teachers and students affected, and many in this community left with questions and concerns. But … the process played itself out, and we will once again choose to trust the legal process that is at the bedrock of our freedom, liberty and security.”

At the same time, Payton said the city will take “a good, hard look at why we did what we did, how we can improve and get better as we seek to serve and protect this community.”

Calvin Cockrell is a freelance communicator, correspondent for The Christian Chronicle, and copyeditor for Religion Unplugged. He also serves as the young adults minister for the North Tuscaloosa Church of Christ in Alabama. 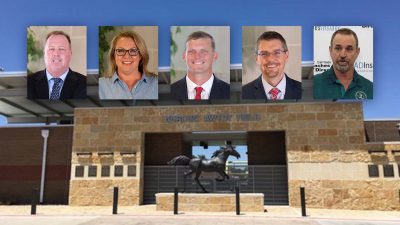