Today nearly anyone can have a “platform.” Even if you only have a couple of hundred people “following you” on social media, there’s influence to be stewarded. It’s not a number in a video game or an ego trip; these numbers represent real people, God’s image-bearers. And of course, some leaders and religious organizations can now reach millions with the press of a button.

But what’s often lacking is any theological reflection on how to handle this responsibility.

Of course, social media didn’t exist in the first century. So I want to suggest to you that fundamental principles of responsibility for spiritual leaders can be adapted to our present situation.

In particular, let’s consider an analogous situation from the ministry of the Apostle Paul. As we know, some of Paul’s closest friends in ministry were the elders in the Ephesian church. He had spent approximately three years living together with them. As they labored together, so many came to know and wholeheartedly follow Jesus as Lord that it disrupted the temple worship of Artemis. In response, the tradesmen initiated a riot against the Christians (Acts 19:23-41)!

These were unforgettable shared experiences. A tiny church grew so dramatically that it shook the economic, social, and religious norms of a great city!

In Acts 20, Luke records for us what happened in the heart-rending farewell gathering that took place between Paul and these elders. Paul recollects all the tears he shed with them, all the suffering he endured, and how boldly he had proclaimed the message of Jesus.

Time is short. Each word is precious. Paul knows he will never see these leaders again. That is, this church will not have Paul watching over it, guarding it against error, and leading them to follow Jesus.

So read carefully with me, hear the emotion in these words. Paul urges them,

Be on guard for yourselves and for all the flock of which the Holy Spirit has appointed you as overseers, to shepherd the church of God, which he purchased with his own blood. I know that after my departure savage wolves will come in among you, not sparing the flock. Men will rise up even from your own number and distort the truth to lure the disciples into following them. Therefore be on the alert, remembering that night and day for three years I never stopped warning each one of you with tears.

What a solemn charge. What a sobering prediction.

Paul knows that “savage wolves” will come to rip apart the flock. Worse, some of these predators are currently known and trusted by the elders of this church! Yet these dangerous leaders are merely biding their time and establishing their position before they twist the truth and go on the attack.

Now how did Paul handle these situations? He had set the example: night and day for three years he never stopped warning this congregation, with tears, about who and what could harm them.

Paul showed them an example of sacrificial, steadfast love. He didn’t take their money. He worked hard so he could be generous to the weak. He faithfully preached the gospel in the midst of fierce opposition.

Then he trained and appointed leaders to imitate his example. Finally, as he departed, he charged these leaders — in the presence of God — to maintain this standard.

Most fundamentally, Paul’s example should reorient our imagination of what it looks like to serve as a pastor. It looks like sacrificial love that is in constant solidarity with the weakest members of the community.

(Pastor, does that describe you?)

But in regards to today’s topic, I want us to see and cherish a critical principle provided by Paul’s example:

People you wholeheartedly believe are emerging leaders will turn out to be savage wolves. When they show their true colors, you are to expose them.

Unfortunately, I notice that evangelical leaders often fall short of this standard.

Instead of following Paul’s counsel, it looks like this:

People that were hailed as emerging leaders turned out to be savage wolves. When they showed their true colors, evangelical leaders a) continue platforming them or b) quietly scrub any mention of them and attempt to move on without comment.

Here’s how our community justifies it:

But let me take my own advice and name names.

For instance, Mark Driscoll has spectacularly disqualified himself from any ministry role.

Yet the incoming pastor of Saddleback Church, Andy Wood, hosted Mark for a leadership conference last year. Similarly, YouVersion, which has been installed 500 million times, continues to platform Mark Driscoll and Doug Wilson.

Since Mark and Doug have distorted the truth and lured disciples into following them, we have a responsibility to warn others — with tears — about the hazards of their abusive behavior and harmful theology.

Sadly, neither Andy nor YouVersion is remaining alert to the danger posed by these spiritual influencers. Instead, they’re leveraging the audience these men have for their own benefit.

He now has an empty profile page at The Gospel Coalition. His content is gone — though you can still find praise for C.J. in other articles scattered across the website — but when and where has The Gospel Coalition issued a warning? Or a statement in support of the survivors from the Sovereign Grace denomination? This vain attempt at reputation maintenance burdens my heart. Where is the compassion and support for those who were severely wounded by C.J.? My heart aches to see a change.

Of course, the Southern Baptist Convention is facing a reckoning. For decades, the official policy was to no create a database of disqualified pastors – even after pastors had been found guilty of crimes by a secular court! – to avoid legal liability. Meanwhile, a secret database era being maintained. The consequence? Many more women and men were sexually abused by pastors in Southern Baptist churches. Yes, it’s a scandal. But doesn’t it make you weep? I feel like sackcloth and ashes are in order.

By contrast, some courageous souls are willing to stay alert. Sheila Gregoire takes the risk to challenge the most popular evangelical authors and publishing houses. Why? Because their books contain material that is not only unBiblical – but she has the data and the stories to show how this false teaching is harming women (and men). How many more stories of abused women do we have to hear, and wrestle in agonizing prayer before God for their healing, before we also challenge what is wrong?

It seems to me that Julie Roys might be the most hated woman in evangelicalism. Why? Because she’s courageously published exposé after exposé on its “greatest heroes”: John MacArthur, Bethlehem Baptist, Hillsong, Liberty, Willow Creek, Matt Chandler, and the list goes on. These institutions and leaders have millions and millions of devoted followers. So here’s the question: will you además have the courage to expose formerly trusted, even revered leaders? Or will you sit silently while Julie takes the hits?

Consider Beth Moore. She had the courage to criticize Donald Trump. Did Christians stand with her, honoring her righteous commitment to upholding a biblical moral standard? Or did they place political power and partisan loyalty above their commitment to the Lordship of Jesus?

For the most part, it cost her. Her ministry lost millions as people rejected her. “From fiscal 2017 to fiscal 2019, Living Proof lost more than $1.8 million.” That’s just the tip of the iceberg.

There are dozens upon dozens…. upon dozens more examples. Candidly, I can’t keep up with all of the scandals afflicting the evangelical movement. We’re experiencing catastrophic moral failures across the board. And I don’t think this will change until Christians – whether our “platform” is tens of people or tens of thousands – replace cowardice with courage.

Paul followed up his farewell gathering to the Ephesian elders with 1 Timothy, a letter to his “true son in the faith,” who served as their pastor. In chapter 5 he reminds them of what he had already told them in person.

Publicly rebuke those who sin, so that the rest will be afraid. I solemnly charge you before God and Christ Jesus and the elect angels to observe these things without prejudice, doing nothing out of favoritism.

So here’s Paul: “Observe these things without prejudice.” Here’s us, “But they’re my friend.”

Allow me to plead with you. From the depth of my heart, I beg you, for the sake of the spiritual health of your brothers and sisters in Christ, to find your voice. Be courageous. Tell the truth. Sound the alarm.

In the meantime, your silence means that millions of disciples are being misled. They are following after leaders who cause them harm. And our witness is compromised. People are reading the Bible, looking at Christian leaders, seeing the contrast, and walking away.

Thank God, the Apostle Paul set before us a different standard.

May we turn to the Lord, repent of our selfish silence, and start to boldly tell the truth. Until we do, the toxic parts of the evangelical movement are going to keep running people over – and all in the name of Jesus. 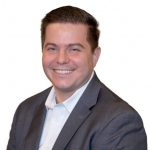 Carson Weitnauer is an author, speaker, and executive director of Persecución poco común. Prior to that, he served as a director with Ravi Zacharias International Ministries (RZIM), but resigned in protest in January 2021 over RZIM’s handling of the Ravi Zacharias sex scandal. 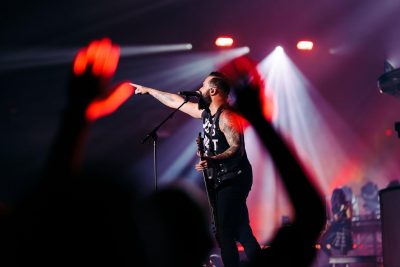 Best-selling author and Christian apologist Josh McDowell has announced he is stepping back from ministry, following comments about Black families and minorities 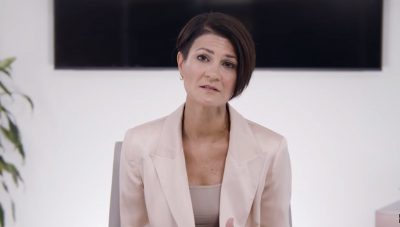 59 pensamientos sobre “Opinion: Why Did God Give You A Platform?”