A Maryland pastor is facing a potential 20 years in prison for fraudulently obtaining $1.5 million in Payback Protection Program (PPP) loans, which he then used to buy 39 cars, authorities say.

Pastor Rudolph Brooks Jr., the 45-year-old founder and senior pastor of Washington, D.C.’s Kingdom Tabernacle of Restoration Ministries, was arrested April 2. According to a Department of Justice (DOJ) presione soltar, authorities also seized $2.2 million from Brooks and a 2018 Tesla Model 3.

PPP loans are supposed to be spent on paychecks, mortgage payments, rent, and utilities so businesses in need could survive the pandemic.

Brooks, however, spent these loans on personal expenses, including 39 cars, the DOJ said.

Brooks owned his own business, Cars Direct, in 2010. After forfeiting his business in 2012, he renewed it on May 28, 2020. But according to the DOJ, Brooks’ business never filed taxes or paid wages, and its expenses never came close to $1.5 million.

Even so, the government loaned Brooks $1.5 million. Brooks then moved the money into 11 bank accounts, authorities say. Some went to personal expenditures, mortgage payments, and credit card bills.

Some money was also reportedly funneled from Cars Direct to another business owned by Brooks, Madaro LLC, which bought a property in Baltimore.

An older version of the Kingdom Tabernacle of Restoration website highly praises the pastor’s character. A more recent version of Restoration’s website and Facebook page are no longer available.

“(Brooks’s) intense love for the Lord, relentless spirit and ability to tap into the very heart of God make him a memorable speaker,” the former church website said. “With his love for God and lively preaching style, which can hold even the skeptics attention, Pastor Brooks speaks and shares the heart of God with compassion and conviction.”

Brooks previously worked in many roles at the nearby Maryland Kingdom Tabernacle of Refuge Ministries, his site said. He was the first ordained elder, assistant pastor, chair of finance, head of men’s ministry, and a teacher.

It’s unclear whether Brooks still has connections to the Tabernacle of Refuge. However, the two church websites are similar, and both ask people to “sow a seed” by giving money to the church. 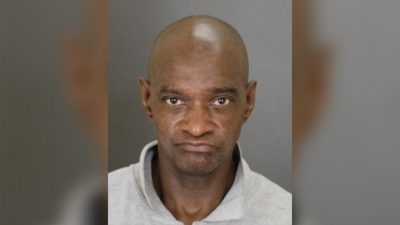 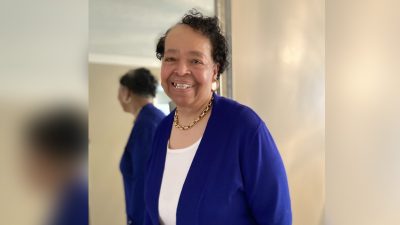 Maryland Gov. Larry Hogan today offered a $100,000 reward for information leading to the arrest and conviction of the person responsible for