For a small church, Bethel African Methodist Episcopal Church in Downingtown, Pennsylvania, has a surprising reach.

Most church members live in and around Downingtown, a small town about an hour west of Philadelphia. Some live as far away as Bermuda.

“But that’s one of the beauties that has come out of the pandemic,” Downingtown pastor Ivy Berry said. “We can meet in the sanctuary, but still maintain a worship presence via Zoom and on Facebook Live, so members who may not be able to travel to the sanctuary can still receive the same worship service.”

A report on churches and technology during the pandemic found that by offering online services, churches were able to expand their reach, often connecting with people outside their community or reconnecting with former members who had moved away. Even small congregations that had once struggled to reach outside the walls of the church were able to expand their reach, according to “When Pastors Put on the ‘Tech Hat,” a report from the Tech in Churches research project, led by Heidi Campbell, professor of communication at Texas A&M University.

“With the shift online, churches were shocked to discover the ways that an online service can become a wide-reaching net to whoever is interested in tuning in or watching,” according to researchers. “One pastor described this widening reach and shift as ‘shut-ins being no longer shut out.’”

For Anna Caudill, a special education advocate and adoptive mom from Nashville, Tennessee, online church has been a godsend, a way to stay connected to her church even if she and her family can’t be there in person.

Caudill said she’s been part of a church her whole life. She’s taught Sunday school, gone on mission trips and cherishes belonging to a Christian community and gathering together on a weekly basis. That’s been difficult in recent years due to health concerns in her family, which have kept her from being as active as she’d like to be.

When COVID-19 hit, her pulmonologist told her to stay away from church and other public gatherings.

While her church is meeting in person, masks aren’t required, though the church has set aside space for people who need masks or other precautions. That’s made meeting in person a point of tension, she said, and sent a message that people with disabilities or health concerns are a nuisance or problem to be handled, rather than full members of the community — something that happens all too often in churches, she said.

“There’s no deliberate, intentional consideration unless disabled people are in the room when decisions are made,” she said.

“Online church, while it was necessary for a season, diminishes worship and us as people,” wrote Tish Harrison Warren, an Anglican Church in North America priest and award-winning author. “We seek to worship wholly — with heart, soul, mind and strength — and embodiment is an irreducible part of that wholeness.”

“I think people worshipping online is a diminishment if they could be in person,” Warren said in an interview.

Warren’s column led to pushback from Caudill and others for whom online worship has been a vital part of their spiritual life — in particular, older worshippers, those with health concerns or those who attended churches where COVID-19 safety protocols have been stopped.

Others argued that streaming services is part of a long tradition of churches turning to technology to expand the reach of their ministries.

In an interview, Warren said she supported the decision by churches to offer online worship during the pandemic, saying it was important for public health and the spiritual well-being of congregations when meeting in person was not possible. But she argues that emergency pastoral response should not become a regular part of the life of the church. With vaccines and the return of in-person worship, she said, churches should rethink the practice of offering online worship as a regular option for everyone.

Instead, she said, pastors and churches could use streaming as an extension of their ministries to shut-ins and others who cannot attend services in person. Churches have long had a practice of pastors or volunteers bringing Communion to the elderly and those who are ill — and of distributing recordings of services as part of that ministry. That option could still be offered with streaming, she said, with a link given to those who need it as part of a conversation with a pastor.

Her concern comes when Christians see online worship as a replacement for in-person services — which she sees as part of a larger trend of people interacting with one another online rather than face to face. Gathering in person to worship and partake of sacraments is an essential Christian practice that can’t be replicated online, she said.

Some recent data from the Hartford Institute for Religion Research suggests churches might want to keep streaming services even after returning to in-person worship. According to a study of pandemic responses by 2,700 congregations from 38 denominations, churches with a hybrid approach — with both in-person and online services — saw reported worship attendance growing by 4.5%. Churches that only met in person saw attendance decline by 15.7%, while those that only met online declined by 7.3%.

Still, the streaming of services has come with a cost.

The Tech in Churches report also noted many pastors and volunteers were worn out by the demands put on them during the pandemic, including the “duties, tasks, and frustrations” involved in streaming services. Creating community online also required a different set of skills than those needed to create community in person, something pastors also struggled with, according to the report.

Still, pastors were aware that continuing online services would be important in the future, in order to serve congregation members who are not able to return in person.

“One pastor acknowledged how there was a more vulnerable group of congregants who, even after the COVID-19 pandemic, would still be required to watch online for whatever reason (those who are immunocompromised, elderly, etc.),” according to the report. “This meant for church leaders that if they wanted to serve these communities, they still needed to be committed to online worship in one form or another so that people could tune in from home.”

The debate over online worship is part of a larger conversation about the ongoing fallout from COVID-19 on church life, which has left clergy and church leaders worn out and many churchgoers disconnected.

In October 2020, Episcopal priest Elizabeth Felicetti, rector of St. David’s Episcopal Church in Richmond, Virginia, shared in The Atlantic a frank account of the stress of navigating pandemic life in a congregation. The commentary has evoked strong reactions, both pro and con, she said. While people have accused her of wanting to hurt the Episcopal Church, she loves the denomination, she said. But, she added, if she wants to find a way to help, she needs to be honest.

She senses that some congregants have simply gotten out of the habit of Sunday morning church attendance, she said.

After months of doing something else on Sunday morning, it’s hard to return to church. That’s particularly true, she added, when “church was presented as, you know, a place of potential transmission so it seemed like a dangerous place to go. And then people found other things to do or found that they like sleeping in and having brunch with their family.”

Becca Bruner, co-pastor of Paoli Presbyterian Church, northwest of Philadelphia, said holding services online and in person can be helpful and challenging.

Being in the same room with other worshippers prompts conversation and reflection, Bruner said. On the other hand, viewing a service online may be the first step of entering a community or a small group, where encounters can be as real as those in the flesh, she added.

“When you encounter people who really bother you, you have to learn to love them, even though they are difficult to love. That is church,” she said.

Scott Thumma, a professor of sociology of religion, said church leaders will need to continue to adapt in the future. There’s no going back to the past, he said.

“There are still an immense number of challenges for clergy going forward,” said Thumma, the director of the Hartford Institute for Religion Research at Hartford International University. “They can’t immediately snap back to situations and practices they thought worked. I keep telling clergy that they are going to have to remain open to change. There just isn’t any chance they can go back to the old ways.”

From worship, to children and youth ministry, to community outreach — how you do any of it is up for grabs, Thumma said.

“We live in a different world now.” 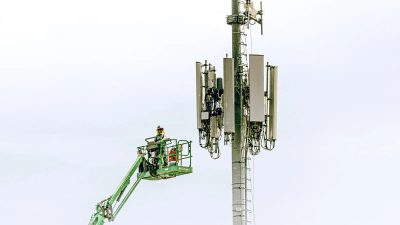 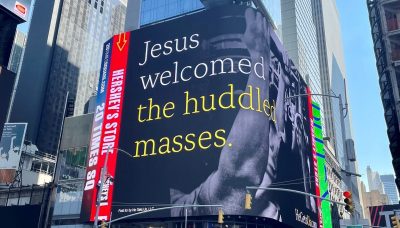 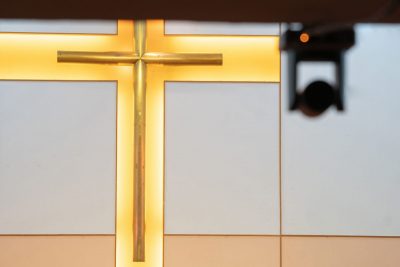 4 pensamientos sobre “Streaming Online Has Been A Boon for Churches, A Godsend for Isolated”