Vandals defaced a sign at Focus on the Family (FOTF) headquarters on Thanksgiving Day, less than a week after a shooter murdered five people and wounded at least 19 others at an LGBTQ nightclub in Colorado Springs, Colorado. Graffiti on the sign accused FOTF of being responsible for the five deaths.

“Their blood is on your hands,” said the graffiti. “Five lives taken.”

Just before midnight on Saturday, Nov. 19, a shooter attacked patrons of Club Q, an LGBTQ nightclub in Colorado Springs, before two people, including an Army veteran, stopped the individual. The shooter has since been identified as Anderson Lee Aldrich, 22.

Alderich was previously arrested in 2021. A presione soltar from the El Paso County Sheriff’s Office records the suspect was booked on two counts of felony menacing and three counts of first-degree kidnapping. It is not clear how that case was resolved, although Alderich reportedly contacted The Colorado Springs Gazette in August, saying that the case was dropped and asking for a story about it to be removed.

los Associated Press reports that Alderich identifies as non-binary and uses “they/them” pronouns. The suspect is identified in court documents as “Mx. Alderich.” Prosecutors have not yet formally charged Alderich, but the suspect faces murder and hate crime charges.

In a statement on social media Nov. 20, the nightclub said, “​​Club Q is devastated by the senseless attack on our community. Our prays [sic] and thoughts are with all the victims and their families and friends. We thank the quick reactions of heroic customers that subdued the gunman and ended this hate attack.” The club said that those who wished to support the victims of the shooting can do so aquí.

Focus on the Family, a Christian ministry widely known for its stance that marriage is between one man and one woman, condemned the violence as well.

In a Nov. 20 statement, President Jim Daly said in part:

Saturday night’s horrific shooting at an LGBTQ nightclub in Colorado Springs exposes the evil and wickedness inside the human heart. We must condemn in the strongest terms possible the taking of innocent life. Our hearts break for those families who have lost loved ones and who are suffering this unimaginable tragedy. We pray for them.

Other ministry leaders have condemned the attack, including Brady Boyd, who pastors New Life Church in Colorado Springs.

Colorado Springs, which has a population of 480,000, is known for its disparate communities, as well as its conservative presence bolstered by numerous churches and ministries. In the wake of the shooting, many commenting on the tragedy online have held conservative Christians responsible for the attack.

Shortly after the vandalism on its sign took place, FOTF covered the graffiti with plastic. ChurchLeaders reached out to the Colorado Springs Police Department for comment. Sgt. Jason Ledbetter told The Gazette last week, “We went out there to investigate if there was a crime that took place. There is no suspect information at this time.”

Twitter account “colorado peoples press” tuiteó images of the vandalism and “a press release and report back from those who completed this direct action.” The release, addressed “to those fighting for the queer community,” acknowledged the writers had “acted without consent from the families” of those who died. The vandals, however, “chose to proceed with this action because of the incredible violence that Focus on the Family continues to perpetuate against the 2SLQBTQIA community.”

“It is no surprise that someone did this in the city that is home to such a hateful organization as Focus on the Family,” says the statement. “If you visit their website, you will see them eagerly display their desire to rid the world of all queer people.” The statement is signed, “Members of the Front Ranger Queer Community.”

In a statement about the vandalism of Focus on the Family’s sign, Jim Daly said:

We recognize the community is hurting in the aftermath of the reckless and violent actions of a very disturbed individual. This is a time for prayer, grieving and healing, not vandalism and the spreading of hate. Focus on the Family is privileged to be one of many organizations in our city positioned to help and support the needs of struggling individuals and families. The families of the five individuals killed in Saturday night’s senseless attack are in our prayers. We urge everyone to pray for peace and we also pray for the individual or group responsible for this mischievous and unwarranted defacing of our ministry’s property. 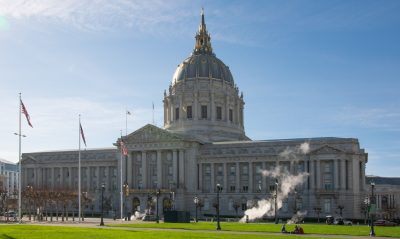 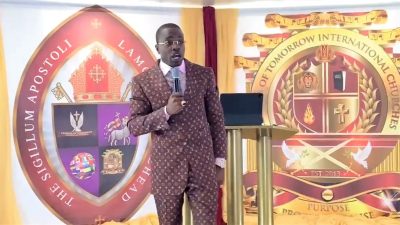