President Donald Trump’s evangelical advisers are backing his challenges to the results of the 2020 election, though most stop short of joining the president’s effort to declare victory despite Joe Biden’s substantial leads in key swing states.

Ralph Reed, head of the Faith and Freedom Coalition, echoed Senate Majority Leader Mitch McConnell and other top Republicans in saying that Trump has every right to pursue recounts and rumors of voter fraud.

“As a veteran of the 2000 Florida recount, I take the integrity of elections and the rule of law very seriously,” Reed said. “Donald Trump’s campaign is entirely within its rights to pursue legal challenges and recounts where appropriate. This election will be over when those recounts are complete and those legal challenges are resolved — and not until.”

The Rev. Franklin Graham, son of the late evangelist Billy Graham and a vocal supporter of the president, tweeted on Monday that the courts will “determine who wins the presidency.”

As the courts determine who wins the presidency, there is another key race that is extremely important to the future governance of our nation. January 5 there will be a runoff in Georgia that could change the make-up of the Senate. https://t.co/mgPmm3CLu7

In an interview on Wednesday, Graham did not claim there was election fraud, as Trump and some of his allies have done. But he urged patience as states count votes and lawsuits are debated in the courts.

The election will be decided, he said, when the electors vote in December. He shrugged off a suggestion that Trump should concede because democratic norms were being eroded, saying he wasn’t afraid for the future of democracy.

“He has a case,” Graham said of Trump. “That doesn’t mean the outcome will change. Our forefathers, when they created the Constitution, realized the election might be contested. That’s why the certification isn’t until a month or so later. It gives time for disputes to be worked out.”

He added: “He shouldn’t concede until the process is finished.”

Tony Perkins, head of the Family Research Council, was similarly hesitant to embrace Biden’s victory, tweeting, “There are a number of steps—under the Constitution, federal, and state law—that still need to occur in the presidential election process.”

There are a number of steps—under the Constitution, federal, and state law—that still need to occur in the presidential election process.https://t.co/2hcZtw3j4j

But other prominent evangelicals who have rallied to Trump in the past four years seemed prepared to accept Biden’s victory.

The Rev. Tony Suarez, vice president of the National Hispanic Christian Leadership Conference,  said Trump has “every right” to “involve the courts as necessary,” noting that in the 2000 election, former Vice President Al Gore did not concede for more than 30 days. (Gore initially conceded to George W. Bush by phone on election night but retracted his concession as results began to tighten in Florida, whose electoral votes would have made Gore president.)

But Suarez added that he is “realistic that Joe Biden may in fact be our next president” and said he hoped Biden would listen to evangelicals.

“Should that be the case, I hope he surrounds himself with true evangelicals and will listen to our concerns,” Suarez said. “If his message is healing and unity it would be a mistake to not invite us to the table.”

Meanwhile, the Rev. Robert Jeffress, a Texas pastor who has been deeply supportive of Trump, leaned toward accepting the projected results of the election over the weekend, writing, “it appears that former Vice President Joe Biden will become the 46th president of the United States on Jan. 20, unless President Trump succeeds in legal challenges to the counting of votes in several states.”

He also offered thoughts about the election on a Fox News radio show, where he discussed “President Biden.”

In a later interview with Fox News, Jeffress said Trump has “every right to contest the election.” He also tweeted out a clarification of his remarks on Fox radio, saying, “As you listen to my … commentary, remember that the election has not been certified yet.”

At least one former Trump faith adviser was unequivocal in his embrace of the election results: New York City megachurch pastor the Rev. A.R. Bernard, who resigned from Trump’s campaign evangelical advisory board in 2017 after the president’s controversial remarks regarding the racist violence in Charlottesville, Virginia, that left one woman dead and others injured.

Even the least subtle of the president’s faithful supporters seem to have softened as the days go by. Pastor and televangelist Kenneth Copeland mocked the major media outlets — such as CNN, MSNBC, ABC, The Associated Press and Fox News — for declaring the former vice president the victor.

Televangelist Kenneth Copeland laughs at the media for declaring that Joe Biden has won the election and will become president. pic.twitter.com/ARHqmsEbo7

But Copeland appeared to apologize for the remarks in a separate video posted to YouTube on Monday. “For those that have the idea that I hate Joe Biden, I do not,” he said. “No, I love him. … And should it be necessary, I apologize if that came across that way.”

Yonat Shimron contributed to this report. 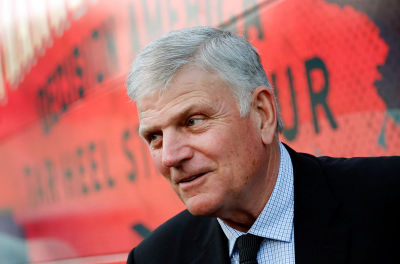 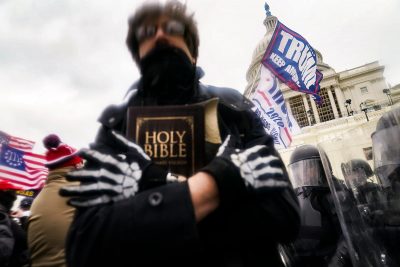 26 thoughts on “Evangelical Advisers Back Trump’s Challenges of Election, but Stop Short of Alleging Fraud”