While Americans are reeling from a deadly terrorist attack, several media outlets used the tragedy as an opportunity to mock Christians and push for gun control. A Huffington Post headline read, “Another Mass Shooting, Another Deluge of Tweeted Prayers: Seems to have been an ineffective strategy so far.” Similarly, the NY Daily News featured a front-page banner reading, “God Isn’t Fixing This,” and an article deriding GOP hopefuls who prayed to God, rather than calling for more gun control. Meanwhile, in the UK, several movie theater chains are refusing to air an advertisement that features the Lord’s Prayer because it might offend movie-goers. These stories and more in this week’s Faith News in Focus.

Instead of going after the Muslim terrorists who killed 14 people in San Bernardino, California, Wednesday, many in the mainstream media (joined by Democratic politicians) spent the day mocking those offering “thoughts and prayers” and blaming them for a lack of gun control. Some are calling it “prayer shaming.”

Rob Bell’s Successor Stepping Down, Says “Being A Pastor Is Not Really Who I Am”

Kent Dobson, the pastor who took over for Rob Bell at the Mars Hill Bible Church in Granville, Michigan, told the congregation that he is stepping down because “being a pastor at a church is not really who I am.”

“I have always been and I’m still drawn to the very edges of religion and faith and God,” the megachurch pastor said. “I’ve said a few times that I don’t even know if we know what we mean by God anymore. That’s the edges of faith. That’s the thing that pulls me. I’m not really drawn to the center. I’m not drawn to the orthodox or the mainstream or the status quo.”

Lots of people are commenting on his statement, but if you only read one article about the situation, make it this reflection by Dustin Messer: Following Rob Bell: The Edges of Orthodoxy and the Center of the Zeitgeist.

“Oklahoma Wesleyan is not a ‘safe place,’ but rather, a place to learn: to learn that life isn’t about you, but about others; that the bad feeling you have while listening to a sermon is called guilt; that the way to address it is to repent of everything that’s wrong with you rather than blame others for everything that’s wrong with them. This is a place where you will quickly learn that you need to grow up.”

Gov. Mike Huckabee to Appear in “God’s Not Dead 2”

A GOP Presidential candidate has been added to the list of stars that will appear in the upcoming movie “God’s Not Dead 2.” Former Arkansas Governor Mike Huckabee will appear as himself, and will be joining a cast that includes Melissa Joan Hart, Jesse Metcalfe, Fred Thompson, Hayley Orrantia, Robing Givens, and Sadie Robertson. The film, which is a sequel to last year’s “God’s Not Dead,” will “follow a high school teacher’s battle to keep her job after voicing Christian ideals in her classroom.”

The UK’s three biggest movie theater chains are refusing to air a 60-second advertisement by the Church of England because it might offend audiences. The ad featured the Lord’s Prayer and was supposed to be shown before the new Star Wars movie beginning on December 18.  (For what it’s worth, Star Wars star Carrie Fisher said the ad didn’t offend her and that “People should get a life.”) 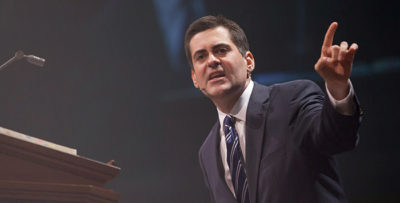 Why You Should Support Russell Moore, Even If You Disagree With Him

Do Christians want leaders or lemmings? Russell Moore is under attack for his outspoken opposition to Donald Trump. But he argued his convictions based on his understanding of Scripture, despite overwhelming pressure to stay silent. Agree or disagree with his position, one has to admit that this is precisely what good leaders do. 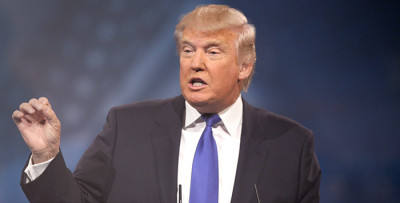 The Rise of Trump – the Fall of Evangelicalism

If you had asked me three months ago what the greatest threat to evangelicalism is, I might have said the evangelical Left. 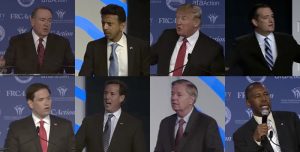 Do All the GOP Presidential Candidates Really Stand for Life?

How committed are the current GOP presidential candidates to the pro-life cause? Of the eight who spoke last week at the Values