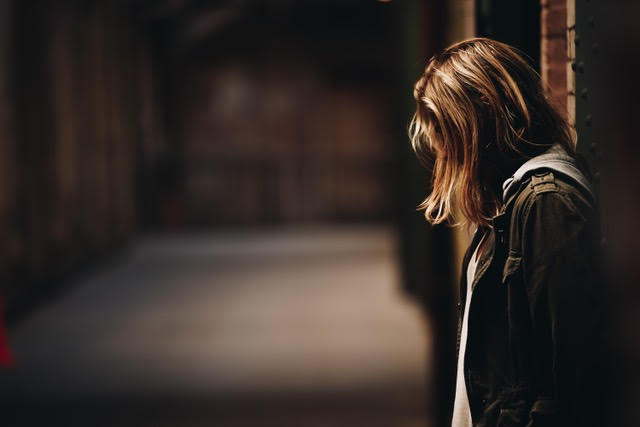 Editorial Note: I received the following letter from a former student at Cedarville University (CU) after publishing a podcast with Kiara, a rape victim who also was a former CU student. The author of the letter is Alisha Blosser. And like Kiara, Alisha said Cedarville’s administration treated her with callous indifference when she was suicidal and in crisis. I am reprinting Alisha’s letter here in hopes it will spark reform at the university.

My name is Alisha and I wanted to reach out and share my story at CU. After following your posts, I’ve had a great pull of conviction of speaking out, but had not gotten the courage. After listening to Kiara’s story, I knew I needed to at least speak my truth. Let me start by saying my experience was nothing compared to Kiara’s, but there are some similarities.

I started attending CU full-time my senior year of high school. I took a full course load and only went to high school 45 minutes a day. Being from the town of Cedarville, I felt the pressure to attend the college. Along with the fact that my father has now worked there 20+ years. How could I let all that tuition go to waste? I didn’t necessarily feel I fit in at CU, but I knew I wanted to be a nurse and knew I could push through to do so.

CU prides themselves on being a close-knit and very involved community. That might seem true, until people find out you have a parent working there. I didn’t live on campus, I worked hard to get involved, but it was hard. I knew many professors on a personal level, but remained professional with them as I didn’t want special treatment. I struggled starting at CU and did not earn the best grades, but I still continued to push toward my degree.

In November of 2015, I went on a trip for my birthday. During this trip my best friend and I both ended up being drugged with Rohypnol. I woke up in a strange hotel, vomit on my dress, with no memory of the last 8 hours. My parents had no idea where I was and my best friend was nowhere to be found. Once I was able to find my friend, she informed me she had been to the ER that night and we had been drugged. I called my parents and headed to the hospital. There, I filed a police report and underwent a rape exam and kit collection. It was one of the worst moments in my life.

During this trip my best friend and I both ended up being drugged with Rohypnol. I woke up in a strange hotel, vomit on my dress, with no memory of the last 8 hours.

Upon returning to CU I was very broken. I was currently in my junior year of nursing school and working to finish finals strong and hide the torment going on inside myself. It was hard. I was in denial that this was affecting me. I started drinking more and wanting nothing to do with my friends. The Spring semester of 2016 was where my time at CU went from enjoyable to broken.

I was struggling with depression. I completely hid it to the best of my ability. I had no desire to be alive. I was having suicidal thoughts, but not acting upon them. I was still managing to pass my classes, but not as well as I should have been. In the beginning of April 2016 I admitted to my mom I was suicidal. I was taken to the ER multiple times and missed class due to this. I had doctor’s notes stating why I had missed my classes. I remember being in my CU scrubs when I showed up to the ER and being so ashamed I was representing them like this.

I was struggling with depression. I completely hid it to the best of my ability. I had no desire to be alive.

Upon returning to class, I was pulled aside and asked why I had missed. I handed over my excuses from the hospital and asked if I could make up the exam I had missed. I remember being pulled aside by a professor I knew on a deeply personal level and being told, “It was a stupid decision to go to the ER for being suicidal.” Exactly the opposite they had been teaching us in class. I was informed I could not make up the exam, even though I had documentation on being in the ER. I was devastated. I remember informing my parents at the time and my mom and I set up a meeting with my advisor.

My mom and I attended this meeting with my advisor and my mom was pleading that they give me an incomplete for the semester until they could get me the help I needed. At this meeting was the same professor* (see note at end) who had just told me I made a stupid decision reaching out for help. I remember this professor sitting behind my advisor, arms crossed, very cold and stating “we do not take incompletes lightly”. The meeting was no help. I was failed out of the program and left to pick up the pieces.

I remember being pulled aside by a professor I knew on a deeply personal level and being told, “It was a stupid decision to go to the ER for being suicidal.”

My mom and I have talked through that response so many times, and my mother keeps making the statement, “They should have known I didn’t take my daughter wanting to die lightly.” Through the next few months, I went to a private counselor and received drug therapy as a combination treatment. During my time at CU, I had reached out to their counseling services multiple times and was either never responded to, or told my application was never received. They were no help.

After spending the summer deciding what to do, I decided to switch my major to psych and try to get my undergrad and bridge the program with nursing at a different school. At this time the professor who called my actions “stupid” was promoted to the assistant dean of the nursing program. That hurt. I never pursued any other help from higher ups in the university because it was all hearsay. I did not think they would believe me over their own professor. My parents were hurt. My dad worked for this place, they were friends with this professor, but their hands were tied. They could not pursue anything more as my father could not risk losing his job, and I would not have asked him to.

During my time at CU, I had reached out to their counseling services multiple times and was either never responded to, or told my application was never received. They were no help.

My time in the psych program was mostly uneventful. I didn’t attend my classes. I would drive to campus and sit in my car and cry. I didn’t attend chapel. I wanted nothing to do with the place that hurt me. I finally decided to take a break from CU. I had to wait a year anyway to reapply for the nursing program (rules state you must be dismissed one year before reapplying for reinstatement.) I wrote a letter explaining my situation with my mental health struggles, and I was denied re-entry. I knew this would most likely happen, but I needed to do this for my own healing.

A semester later I started at a community college. I was working full-time on nights at a local hospital, and attending this community college full-time. I was off of my psych meds and using the tools from counseling to succeed. I remember coming home one week into my new school and telling my mom how thankful I was being after one week at this secular institution, I already felt more supported than I did my 4 years at CU. I earned my LPN at this college, and am now working in continuing to earn my RN. I’m getting married to the most wonderful guy who saw my hurt and encouraged every decision I made regarding my schooling.

I did want to add my younger brother attended CU for a year. During this time he applied for counseling through the school twice. Each time he was met with silence in the same way that I was.

I write this to say that CU does not care for their students. They care about their image. They do not care about the inner thoughts and feelings no matter who you are. My dad still works at CU, and encouraged me to finally speak my truth. My time at Cedarville was filled with hurt, and it saddens me that there are so many similar stories to mine. I pray for each of these people who have experienced anything remotely close to what I have and I pray they can heal. I healed in quiet to respect my dad, but I think it’s time CU takes responsibility and the hidden stories are shown. I’m thankful for my experiences as I am so much stronger now than I ever was. This is my truth. This is their truth.

*Alisha told me that the professor mentioned is Suzanne Lefever, Assistant Dean, Director of Undergraduate Programs, and Associate Professor of Nursing at Cedarville. I reached out to Lefever for comment but she did not respond.

*Featured picture is a stock photo, not a picture of Alisha.

14 thoughts on “Former Cedarville Student: I was told, “It was a stupid decision to go to the ER for being suicidal””