The controversial God Bless the USA Bible is still on track, with a little help from a long-dead British king.

A Nashville-based marketing firm had planned to publish a New International Version Bible that paired the Christian Scriptures with the U.S. Constitution, Declaration of Independence, Bill of Rights and Pledge of Allegiance, along with lyrics to “God Bless the U.S.A.,” the 1984 patriotic anthem from country singer Lee Greenwood.

Hugh Kirkpatrick of Nashville-based Elite Source Pro said he had reached an agreement with HarperCollins, whose subsidiary Zondervan is licensed to publish the NIV, to produce 1,000 copies of the Bible and already had more than 500 orders.

After news about the Bible was reported by ReligionUnplugged, an online magazine, several Christian book authors published by Zondervan objected. More than 800 people also signed an online petition as well.

Kirkpatrick said HarperCollins then contacted him and backed out of the project, which he said was disappointing. But that’s the way things go, he said.

“It’s not the end of the world,” Kirkpatrick told Religion News Service. “I believe that from a business perspective, they have the freedom to make their own decisions.”

Kirkpatrick said his contacts at HarperCollins had already done some design work on the God Bless the USA Bible. He’s now taken those files, along with the text of the King James Version of the Bible — which is in the public domain — and sent them to several printers. He hopes to finalize plans for printing the Bibles, which will have an imitation leather cover, this week.

Kirkpatrick, who is 58, described himself as a nondenominational Christian who loves America. He said the audience for the Bible is people like him — who care about their country and spirituality. He worries our current political divides have made it difficult for people to appreciate the country’s heritage.

The flag on the Bible’s cover represents America — not former President Donald Trump, he said.

For him, the God Bless the USA Bible is a patriotic book, not a sign of Christian nationalism. Kirkpatrick also believes the nation’s Founding Fathers were inspired by the words in the Bible and that it will be helpful to have both the Scripture and the Constitution in the same book.

Kirkpatrick believes America was once a Christian country but it has been “sliding away from that.” And he does worry about the future.

“The Bible and the Constitution someday could be a banned item in the United States,” he said. “That sounds odd even to say but there are other countries around the world that you can’t have a Bible.”

There have been other patriotic-themed Bibles in the past.  Nashville-based Thomas Nelson, which is now owned by HarperCollins, published The American Patriot’s Bible, which includes the Scripture and essays about American history, in 2009. There is also an “In God We Still Trust” devotional, a 1599 Geneva Bible: Patriot’s Edition and The Founders’ Bible, the latter from evangelical author David Barton.

The God Bless the USA Bible, which is scheduled to be available in September, can be ordered online at the project website, which also features a video of an updated version of “God Bless the U.S.A.,” featuring Greenwood and members of the U.S. military.

Kirkpatrick predicts the controversy over the project will turn it into a hit.

“This project is not stopped,” he said. “In fact, it’s got gasoline poured on it.” 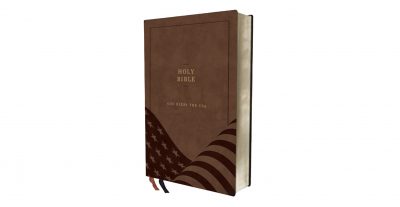 After Pushback HarperCollins Will Not Produce ‘God Bless The USA’ Bible 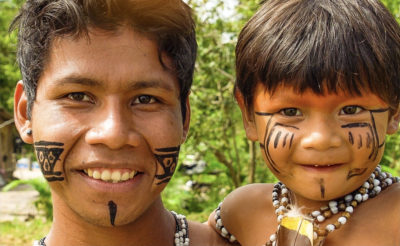 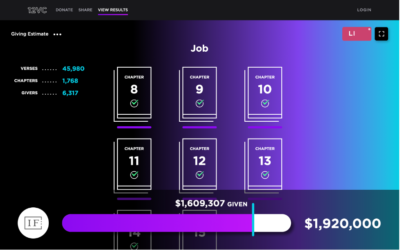 Christian women’s conference IF: Gathering raised over $1 million in just hours toward funding a Bible translation for the people of southwest