Gordon College has named the provost and executive vice president at Taylor University, Dr. Michael Hammond, as its new president. Meanwhile, Gordon’s outgoing president, Dr. Michael Lindsay, is going to Taylor to serve as president there.

“Mike Hammond distinguishes himself with a rare combination of academic credibility, an effective and collaborative leadership style, deep spiritual character and maturity, a heart for students, and a passion of Christian higher education,” said Dr. Carrie Tibbles, trustee and chair of Gordon’s Presidential Search Committee. She added, “We strongly believe Dr. Hammond embodies the qualities, attributes and the aspirations voiced by those who likewise care deeply about Gordon and its future.”

Hammond has a long, established career in Christian higher education. He began as a history professor at Southeastern University in Florida 25 years ago and eventually became a department chair there. Hammond then came to Taylor, where he served as a history professor and dean, before assuming his current position as second-in-command at the rural, liberal arts school.

Hammond leaves Taylor after a series of controversies at the school.

In 2019, Taylor President Lowell Haines resigned amid protests sparked by the school inviting Vice President Mike Pence to speak at the school’s commencement. About a year prior to that, the Taylor community was shaken by upheaval caused by an unsanctioned conservative newspaper. A professor associated with that newspaper, Jim Spiegel, was fired in September after he posted a song to YouTube called, “Little Hitler”—a song the professor contends is about original sin.

Most recently, Taylor fired a professor who then was charged with child molesting, child exploitation, and possession of child pornography.

Similarly, Gordon has experienced its share of controversy, but over a different issue.

It began in 2014 when President Lindsay signed a letter opposing President Obama’s executive order prohibiting employment discrimination for sexual orientation and gender identity for federal contractors. This led to a year of intense scrutiny and caused the city of Salem, Massachusetts, to kill a contract with Gordon and bar the school from using the city’s history Old Town Hall.

Despite this, Gordon’s enrollment has grown modestly under Lindsay’s decade of leadership—from 2,017 to 2,310. The school also has added four degree programs and raised more than $190 million in donations.

Lindsay, who announced his resignation from Gordon in October, stated that he believed in “institutional renewal” and believed it was time for “passing the baton” to someone else.

Hammond says he’s excited to assume the helm at Gordon and further the mission of Christian liberal arts, which he defined as “Educating the whole person with hearts and minds surrendered to Jesus Christ, pursuing knowledge with curiosity, skepticism and an insatiable desire to serve the world with that knowledge.”

Hammond added, “I look forward to seeing Gordon grow as a place where vigorous academic research and teaching are integrated with vibrant Christianity—where servant leadership is practiced, modeled and cultivated in our campus community and echoed through our alumni who faithfully participate in the work of Jesus Christ in the world.”

Hammond begins his tenure at Gordon on July 1. 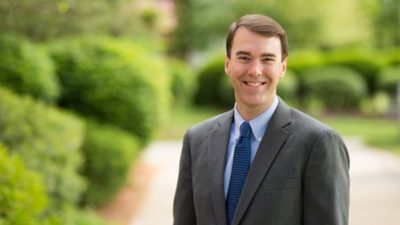 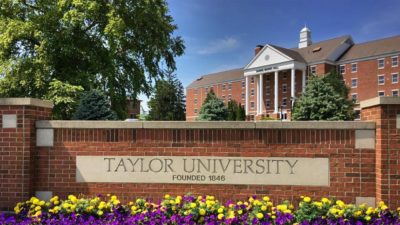 Taylor University has fired a professor, following allegations of sexual exploitation and abuse of a minor, according to Taylor Interim President Dr. 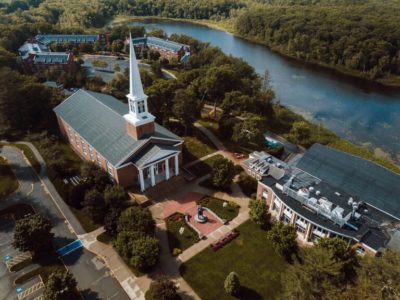