Indian authorities have confiscated a 2,300-acre estate belonging to Believers Church, which is led by Gospel for Asia founder and director, K.P. Yohannan, according to Karma News.

The action was taken as part of the government’s investigation into alleged money laundering by Believers Church, including the receipt of 6,000 crore ($817.8 million in U.S. dollars) in alleged unaccounted foreign aid.

In addition to his position with Gospel for Asia (GFA), Yohannan leads Believers Church as a bishop. Believers Church includes over 2.6 million people across India, according to Yohannan’s website.

The confiscated estate, called Cheruvally Estate, includes the proposed site of a new airport, which would serve the city of Cheruvally, in southern India’s Kerala state.

It also includes a vast rubber estate, which employs 700 families, according to a former page on the church website. Believers Church reportedly bought the estate to fund social work in underdeveloped communities.

“Believers Church channels all profit from the Cheruvally estate toward serving God and humanity,” the site says.

Indian police seized the estate because it may be involved in money laundering, Karma News reported.

Previously, the Kerala state government has investigated the estate because a petitioner claimed it was purchased illegally, according to New Indian Express.

India’s government summoned Yohannan to answer questions about charity fraud for the Income Tax Department, but Yohannan, who’s reportedly at GFA’s headquarters in Texas, refused to return to India. He told Indian authorities he would return for questioning in December 2020 but has not.

GFA has a troubling history of alleged financial corruption. In a 2020 investigation from Canadian Broadcasting Corporation, 29 leaders inside the company alleged the misuse of millions of dollars.

GFA told the Canadian government that it had raised $94 million and sent it to India to help the poor. But financial records from India’s government show the money never arrived.

Indian officials also stated that nearly 30 trusts working for GFA seemed to exist only on paper.

In the United States, GFA settled a lawsuit from people who claimed the group had defrauded them, paying out $37 million to previous donors. The group now faces a similar lawsuit in Canada, that seeks damages for fund misuse in the $100 million range.

The Roys Report contacted GFA for comment, but the organization did not respond. 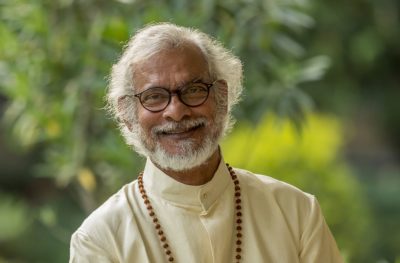 India’s Income Tax Department last week raided the residence and offices of Gospel for Asia Founder and President K.P. Yohannan and his