It’s been more than two years since Harvest Bible Chapel fired James MacDonald for “engaging in conduct . . . harmful to the best interests of the church” and replaced its entire elder board. Yet comments this week by Harvest Director of Biblical Research Dr. Michael Vanlanigham indicate Harvest’s culture of vilifying truth-tellers continues.

On Moody Radio’s Chris Fabry Live last week, Vanlaningham attacked Christians who report on wrongdoing within the church in response to a question about controversies within the Southern Baptist Convention:

“I really believe that that we need to not be airing our proverbial dirty laundry in public, as best we can,” Vanlaningham said. “And I think when you’re talking about the Southern Baptist Convention, which is so huge, I think that some of that’s going to get out. . . . But I really believe that when Christians take steps to do these exposés that end up slandering and bad-mouthing other believers, I have such problem with that. I really think that that’s a sin.”

Vanlaningham added that Christians should simply trust that “the Lord will sort things out.” And he seemingly compared Christian journalists and whistleblowers to Babylon, noting that “God used Babylon to judge Israel. And then God judged Babylon for doing it.  And I’m afraid that when believers are forever exposing sin in others or in other organizations, that they might face the chastisement of God for having done that.”

Vanlaningham’s full audio clip is below:

Vanlaningham’s statements are breathtaking. For one, exposing sin is not slander. Slander, by definition, is a false statement. So, if an accusation is true, reporting it is not slander.

But, Vanlaningham’s statements are especially galling in light of what happened at Harvest Bible Chapel. As MacDonald himself notes in a series of vile blog posts and tweets, if it weren’t for whistleblowers and reporters like myself, MacDonald would likely still be senior pastor of Harvest. And he’d likely still be abusing the sheep and misusing church money.

But apparently to Vanlaningham, it’s better to sacrifice the sheep and God’s reputation than expose the fraudulent shepherds. God will “sort things out”—eventually.

There seems to be no room in Vanlaningham’s theology for God to raise up godly people to clean a filthy house. Yes, God sometimes resorted to using pagan nations, like Babylon, for judgment. But God also raised up prophets, like Jeremiah, to publicly confront Israel’s sin.

Especially clear is 1 Timothy 5:20, which clearly instructs that “those elders who are sinning you are to reprove before everyone, so that others may take warning.”

Vanlaningham is doing exactly what author Rebecca Davis brilliantly exposed in our recent podcast together. He’s twisting Scripture to tie up believers, gag them, and tangle their mind. And sadly, he did so on a platform that reaches millions.

Davis and I discussed Vanlaningham’s comments on the podcast. And Davis was the first to suggest that Vanlaningham was likening me to Babylon, but I wasn’t so sure. I thought perhaps he was just referring to secular reporters as Babylon. But I’ve since listened to the clip again and I agree with her initial analysis.

I’ve also reached out to Vanlaningham for clarification, but he hasn’t responded.

This idea that Christians should do nothing when they witness injustice or misconduct contradicts Scripture.

Proverbs 31:8-9 states: “Speak up for those who cannot speak for themselves, for the rights of all who are destitute. Speak up and judge fairly; defend the rights of the poor and needy.”

Similarly, Ephesians 5:11 states: “Have nothing to do with the fruitless deeds of darkness, but rather expose them.”

It’s stunning that Vanlaningham, who has an M.Div. in systematic theology and a Ph.D. in New Testament, would promote such an errant view. Yet, it’s one he’s apparently followed over the years.

When privy to issues at the Moody Bible Institute in 2018, Vanlaningham said nothing, though I repeatedly urged him to go on the record.

And when Vanlaningham went to Harvest Bible Chapel, he likewise remained silent—at least publicly—in the fall of 2018, when Harvest sued me and the authors of The Elephant’s Debt, Ryan Mahoney and Scott Bryant, and their wives.

Vanlaningham also stood by quietly as Harvest launched a public campaign to smear my reputation and those of Mahoney and Bryant. Apparently, Vanlaningham’s conviction about not airing “dirty laundry” applies only to inconvenient truths about churches and church leaders. But publishing falsehoods about reporters and bloggers is fair game.

In November 2018, Harvest published a statement specifically about me, claiming I lacked “objectivity,” and was engaged in “attempts to stir up gossip, sow discord, inflame old animosities, and confront sensitive matters with specific church families.” Harvest further characterized my work as a “time wasting” and “an injurious assault.” (A compilation of Harvest’s statements about me were compiled by former Harvest member, Jessica Hockett, and are published here.)

Eventually, Harvest apologized for the lawsuit and paid my legal fees, plus an additional $15,000 to compensate me for the defamatory comments MacDonald had made about me on the infamous “hot mic” recording.

But the church has never apologized for the false things it said about Mahoney, Bryant, or me. Vanlanigham has never addressed these defamatory statements either.

Instead, in April 2019, just two months after MacDonald was fired, Vanlaningham had the gall to preach a sermon maligning critics of Harvest.

“Blogging has become flogging. Tweeting has become beating,” Vanlaningham decried. “I’m here to tell you, it has no place in the Christian life, period.”

He further stated in the sermon that people outside Harvest’s congregation were somehow abusing them with blogs and social media.

You can listen to an exerpt* of Vanlanigham’s comments here:

At the time of that sermon, I reached out to Vanlaningham, asking him to clarify what he meant by his comments, but he declined to do so.

But now, he’s maligned reporters and whistleblowers again—not just to a congregation but to millions of Moody Radio listeners. What’s worse, he’s likely convinced many listeners that if they witness wrongdoing in their church or Christian organization, they should keep silent.

Vanlaningham needs to repent for what he’s done and continues to do. Calling out wrongdoing among Christian leaders is not sin; it’s biblical.

But maligning truth-tellers and guilting would-be whistleblowers into silence is beyond the pale. To use Vanlaningham’s own words: It is sin. And if he doesn’t repent, it is he, not reporters and whistleblowers, who will face the “chastisement of God.”

*The YouTube video of Vanlaningham’s full sermon is now private. 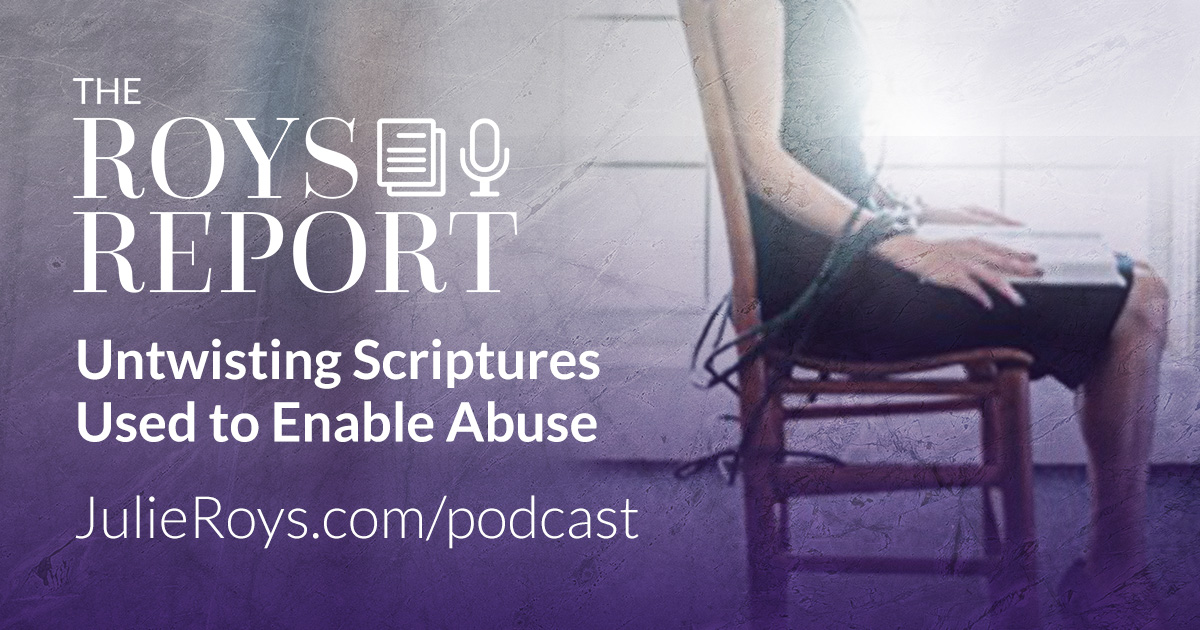