Harvest Bible Chapel has just named Jeff Bucknam—pastor of a megachurch of about 3,100 in British Columbia—as its new lead teaching pastor.

Bucknam is the first to fill the lead role in a permanent capacity since Harvest fired disgraced pastor, James MacDonald, two years ago for numerous issues ranging from financial wrongdoing, bullying, and conduct “contrary and harmful to the best interests of the church.”

During services this weekend, Harvest announced the new hire, saying that both the selection committee and lay elders were unanimous in their decision to call Bucknam to lead the church.

Bucknam also addressed the Chicago-area congregation from Canada in a brief videotaped message.

“I’m super excited to come there because of the challenge that it is . . . and the potential, and how amazing it has been in the past,” Bucknam said in the video. He added that Harvest’s history of training leaders and planting churches is “very much what I’m about.”

For the past 15 years, Bucknam has served as lead pastor of Northview Community Church in Abbotsford, British Columbia. Northview is a Mennonite Brethren church, a denomination founded by Russian Mennonites, stressing repentance and holiness. Before that, he taught at Pathways College in New Zealand and was a teaching pastor at Hope Community Church in Nelson, New Zealand.

According to press release by Vanderbloemen, the search group hired by Harvest, Bucknam was born in Boston and raised in Seattle. He has a master of theology from Dallas Theological Seminary and a doctor of ministry from Talbot School of Theology.

Though the couple says they’re thrilled to come to Chicago, Bucknam’s wife, Jeanne Bucknam, admitted that moving to Chicago with children aged 20, 17, and 11 is a challenge.

However, she added, “God has been moving in our hearts, I think, just warming our hearts to the idea, warming their hearts to the idea, of being willing to serve Him wherever He calls. And that’s been a really, actually, beautiful journey for my family, for our kids just to think about what discipleship looks like and following whatever God calls us to do.”

Bucknam will preach at Harvest for the first time on May 23 and 30. He officially starts his new position at Harvest on July 12. 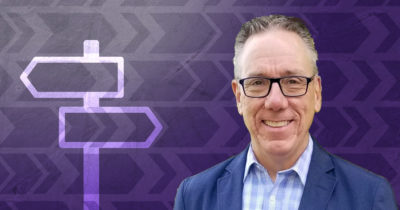