The company owned by Christian financial guru and radio show host Dave Ramsey has lost one of its best known personalities.

Chris Hogan, once viewed as a successor to Ramsey, announced in a video today that he was no longer with the company.

“Recently, it’s come to light that I’ve done some things personally that are not in line with Ramsey Solutions and as a result, I’m no longer a team member at Ramsey,” Hogan said in the brief video. “I’m sorry for the harm that this has caused.”

Hogan, author of “Everyday Millionaire,” hosted his own popular radio show on Ramsey’s platform as well as appearing as a frequent guest host on Dave Ramsey’s program. A familiar presence at Ramsey Solutions events, Hogan was featured in a “Reset” event that Ramsey Solutions livestreamed from Life.Church, one of the largest congregations in the United States.

The company’s website described him as “America’s leading voice on retirement, investing and building wealth.”

He had also been a source of controversy at Ramsey’s company, which employs about 1,000 people at its headquarters just south of Nashville. Ramsey solutions prides itself on being “the best place to work in America” and requires employees to adhere to a strict “righteous living” code that bans gossip and sex outside of marriage.  The company currently is being sued for firing a pregnant employee who was unmarried.

Ramsey himself has been outspoken in defending the company’s culture, which he has described as “godly.”

“Don’t talk to me about how you love your pastor and your church. And I just moved in with my boyfriend,” he told employees in 2018, after news of the lawsuit broke. “That’s so freaking inconsistent and stupid.  Anyone who disagreed with company policies should leave, he said, because the company would not sanction “misbehavior.”

“And if you don’t like that, this is your cue,” he said in a recording obtained by Religion News Service. “Don’t let the door hit you in the ass.”

Hogan, however, had admitted to having several affairs, including one with a fellow Ramsey employee, during his divorce proceedings without apparent discipline from company leadership.

Instead, after company officials became aware of Hogan’s infidelity in 2018, just before the launch of “Everyday Millionaires,” the company put together a ‘restoration plan” that would allow Hogan’s book tour to go forward. Parts of that plan included mandatory counseling for Hogan and then-spouse, Melissa, and a request that the counselor and the couple’s pastor send regular reports to Ramsey and other company leaders.

After Melissa Hogan objected to that plan and the couple separated,  Ramsey told employees that the couple was going through a “really nasty divorce” and accused Melissa Hogan of making angry and untrue allegations about her then-husband.

When media outlets reported on concerns about Hogan and about the culture at Ramsey Solutions, the company ridiculed any allegations against Hogan.

Neither Hogan nor Ramsey Solutions responded to requests for comment.

Chris Hogan left Ramsey Solutions this week, apologizing for personal actions “not in line” with the company. But Hogan’s former wife, Melissa 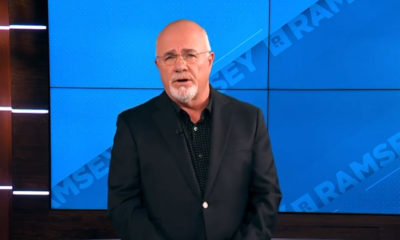 Christian finance guru Dave Ramsey has endorsed proposed legislation in the Tennessee Legislature that would ban mask mandates as discriminatory. Ramsey, who