Too often the words, “We are sorry,” are casually offered and easily accepted as if they possess a supernatural power to resolve every grievance and heal any wound. Yet, in my experience working with abuses in organizations, this short statement, offered as a bridge of reconciliation, is often surrounded by other messages that serve a very different purpose.

Above, underneath, and all around this single bridge are numerous walls of defense. These walls are established to repel the shame that threatens from without and to protect the legitimacy hoarded within, ensuring that the bridge of apology allows no shame to enter and no legitimacy to exit.

Sadly, the institution in the wrong might ask their victims to carry their shame so they can retain legitimacy in the eyes of their followers, unwilling to fully acknowledge that the shameful behavior belongs to them and the legitimacy belongs to the ones speaking the truth about their behavior.

Why are authentic apologies so feared? Perhaps because the shame would expose their illegitimacy, and they would lose what is no longer their right to have: following, influence, power, status, and what is often most important to them—money. And so they fearfully run from public shame, like thieves anxiously running down the street with bags of money clutched over their shoulders, knowing the fabric of those bags are tearing apart and their money might soon be scattered by the wind.

The simple truth is that many organizations will not apologize as they ought because their leaders fear being seen as unqualified (an identity crisis), and because they fear costly lawsuits or loss of a following (a monetary crisis). Out of that fear emerges the following non-apologies.

The apology that condemns.

The apology offered in anger or frustration will often condemn the other person. The classic example of this is the apology that says, “I’m sorry you feel that way.” This is not an apology, but a condemnation. It is a subtle suggestion that the other person’s feelings are not based in reality. The apologizer is unwilling to concede he/she did anything wrong and instead argues that the fault lies in the person who is feeling wrong. People who condemn the person they are saying “I’m sorry” to likely believe they are being misrepresented and are being forced into an apology.

The apology that appeases.

There are times when a person apologizes simply to appease the demands of others. They determine an apology will be in their best interest because it will disarm a threat. For example, a subordinate might apologize simply because an authority figure is requiring it. When organizations and their leaders apologize in this manner, it is often after an outcry from their constituents or receiving pressure from external forces. An institutional apology that appeases might have the same effect as waving a white flag in hopes that an approaching enemy will stop firing. It is self-protective and leads to zero change because it is not an attempt to do all that is necessary to right wrongs, but an attempt to offer only what is needed to quell the outcry.

The apology that excuses.

I call the apology that becomes an excuse an “apoloscuse.” The apologizer knows an apology is needed, but fears the consequences, and so attaches excuses. Excuses can take various forms, but here are some of the most common.

The apology that justifies.

The apology that self-promotes.

Even if an organization is willing to bear the shame of their wrong without excuses or justifications, they often cannot finish the apology without laying claim to their legitimacy. Many public statements of apology put out by organizations or leaders quickly become pitches for why they are still worthy of continued support and engagement from their followers. A statement of apology should never double as a medal. For example, it is my opinion that an institutional apology should not include assurances that the institution and their leaders are on the same side as the victims, especially if the actions of the institution have demonstrated the opposite. The victims should be the ones to decide whether or not the organization is “on their side,” and be given the space necessary for that change to be demonstrated.

The apology that asks for sympathy.

“We’re hurting too.” I’m amazed at how often the ones who have caused the wrong will displace the pain of the wounded with the pain of the wounder. Such messages cause the recipients to misplace compassion and reveals an inability on the part of organizational leaders to get outside of themselves.

If the institution has the moral courage to give an authentic apology, then this S.C.O.R.E. card might provide a helpful test. It is in no way comprehensive. Relationships are complex. We can’t create blueprints that tell us precisely what to do and how to do it. Relationships don’t work that way, and neither do the apologies that are inevitably needed within them. They are acts that ought to be highly contextualized to meet the needs of the situation.

The hardest step in the process of apologizing is to give up your desire to defend yourself using any of the non-apologies I mentioned. You have to surrender your legitimacy and exchange it for what will undoubtedly feel like shame. When I analyze statements of institutional apologies, I often observe what remains when every blame, excuse, justification, and self-promotion is crossed out. Sometime’s nothing remains. Most times, one or two sentences of acknowledgement and remorse are all that is left. Many are just not willing to surrender their defenses and promotions.

Surrender paves the way for a confession. I believe each wrong must be rightly named. “We were wrong when . . .” A good confession serves as a mirror that reflects back to the wounded all the actions that produced hurt, a mirror that too often victims have to hold up for the organization. In fact, it sometimes needs to become more than just a mirror that reflects what is known to be wrong, but a spotlight that acknowledges both known and unknown wrongs. When confronted or exposed, surrendered people are more likely to voice a number of confessions that match or exceed the number of truths presented in the exposure.

The organization in the wrong must acknowledge their active role. Passive apologies like, “mistakes were made,” seek to avoid shame by avoiding ownership. Therefore, the institution should take ownership by saying something like, “We take complete and full responsibility for . . .” Another way an organization demonstrates ownership is by inviting penalty. For example, a person who commits a crime might turn themselves into the police as if to say, “I am willing to accept any and all consequences.” Similarly, an organization’s board or leadership will often make necessary changes in leadership once they “own up.”

All the walls of defense are now removed and the wrongs of the organization are laid bare. The wounded and their wounds are faced and no longer shunned. Remaining is a solitary bridge across which the organization must walk to meet the wounded and with vulnerability say, in effect, “We will claim the shame we’ve asked you to carry but was always ours to begin with, and we will surrender the legitimacy we tried to claim but was always yours to begin with.”

It is at this point that the organization has finally absorbed the truth of their wrongdoing and the gravity of their wrongs. They feel the weight of the hurt and the shame, and know they are defenseless, at the mercy of others, and must begin the difficult work of restitution and restoration. They feel it. And out of that broken place of surrender, confession, ownership, recognition, and empathy might emerge the words, “We are so sorry.”

Wade Mullen is director of the M.Div. program at Capital Seminary & Graduate School in Lancaster, Pennsylvania. He also is the author of “Something’s Not Right: Decoding the Hidden Tactics of Abuse–and Freeing Yourself from Its Power.” 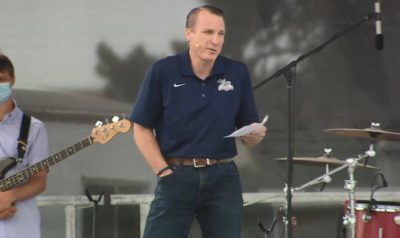 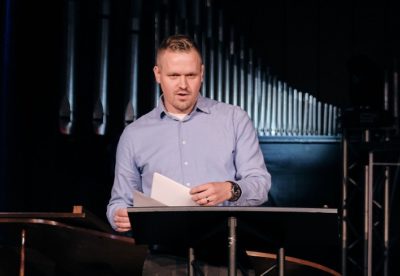 Video: Wade Mullen on How to Spot Spiritual Abuse

Is there something wrong with me? Am I the only one who sees this? How do I get out of here because

7 thoughts on “Opinion: What I’ve Observed When Institutions “Apologize” and How They Can Do Better”