According to an independent audit of Harvest Bible Chapel, disgraced celebrity pastor, James MacDonald, siphoned off millions in church funds to support his lavish lifestyle. But according to a recent email by MacDonald, he’s a victim of defamation by an “envious child”—and needs your money “to rebuild.”

“Tragically . . . I was thrown out of the church we gave our lives to by a group of rogue leaders,” MacDonald writes. He further claims Harvest’s elders crafted false accusations against him “as a pure act of vindictiveness” to cover the church’s “looting” of his former broadcast ministry, Walk in the Word.

Then, referencing his arbitration with Harvest, in which he won about $2.5 million, along with all digital and physical assets of Walk in the Word, MacDonald writes:

“When we won the arbitration and regained access to our teaching ministry, it was in shambles—like a model plane that had flown so beautifully, being ‘returned’ with report of a crash, when in reality an envious child had dashed it against the rocks just out of sight.”

Ostensibly, one of the assets MacDonald obtained in the arbitration settlement is the list of email addresses of former Walk in the Word supporters. MacDonald notes in the email that about a month after the settlement, he was able to write to recipients of the email.

Yet he notes that “only a small number of former listeners responded positively.” Others, “who stumbled by the public deception sent many hateful words.”

MacDonald adds, “Of the more than 4000 Change Partners once faithfully supporting our efforts monthly, there are now about 150—the remnant from which we seek to rebuild.” He then invites people to send him gifts.

The Roys Report reached out to MacDonald with questions about the email, which he would not answer on the record.

However, MacDonald texted me an invitation to appear with him in a public forum “to answer for the many many lies” I’ve reportedly written about him. The text included the hashtags “#gossipslut #gossipmonger #filthygutterwebsite #cancerinChristsbody.”

MacDonald also tweeted the invitation, referring to me as “Julie Jezebel Roys.”

Well she finally called – Julie Jezebel Roys – I invited Julie to appear in a public forum before and interested audience and answer for the many many lies she has told about me and my family as well as her bullying of anyone who opposes her or stands with us.

When I did not immediately respond, MacDonald tweeted I had declined his invitation, which I did not.

She declined. I followed up with this text but Julie did not respond immediately to my request for a comment. #JRgossipslut #JRcancerinChristsbody

According to his email, MacDonald has been able to hire a small staff and encouraged people to sign up for his Home Church Network—video messages for people to use in a home church. He also advertised an upcoming “GrampCamp”—an overnight retreat providing “training and tools” for grandparents to connect with their grandkids. 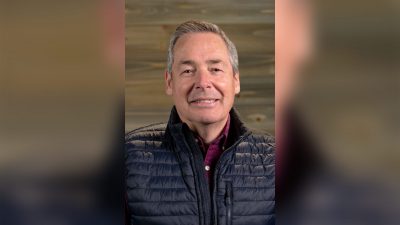 To some former Harvest Bible Chapel insiders, Rick Donald was not just James MacDonald’s right-hand man; he was also his “hatchet man”