Moore, a leading evangelical who sits on the board of the National Association of Evangelicals and President Trump’s Evangelical Advisory Board, features prominently on the 50-minute recording from which MacDonald’s vile sound bites were pulled. Many of MacDonald’s comments were made in a conversation with Moore. And portions of this conversation can be heard on a podcast Mancow released days later. (This has since been taken down, but is now posted to the Wartburg Watch.)

As MacDonald explains at one point on the 50-minute recording, which I’ve heard in full, he hired Moore to help him manage the fallout from both my investigation for WORLD Magazine and the lawsuit MacDonald and Harvest Bible Chapel had filed against me and four others. Moore is founder and CEO of The KAIROS Company, a public and media relations company.

Shockingly, when MacDonald makes his vile comments in his conversation with Moore, Moore doesn’t object; he laughs, and at some points, even agrees. Moore expresses no objection, for example, when MacDonald calls Mark Galli, editor in chief of Christianity Today, a “certifiable prick.” In fact, when MacDonald explains how he had snubbed Galli when he saw Galli at a suburban Chicago country club, Moore responds that he agrees with that.

Similarly, Moore laughs when MacDonald suggests vulgar, imaginary headlines, announcing, for example, that Harold Smith, former CEO of CT, “exposes himself”; that Ed Stetzer, contributing editor of CT and executive director of the Billy Graham Center, “fails to stop unwanted erection of Christianity Today tabloid”; and that Galli and I are having an illicit affair. (Nothing could be further from the truth.)

When MacDonald says, “This frickin’ Julie Roys is going to be riding around on a tricycle with a midget on her shoulders,” Moore responds that MacDonald is the kind of client every publicist has nightmares about. But this doesn’t cause Moore to hang up and fire his vulgar client. Instead, when MacDonald repeats the insult, Moore laughs again.

For the past year, I’ve been writing about the evangelical “celebrity machine” or “industrial complex”—a network of Christian media, publishers, and ministry “partners,” which rely on each other for promotion, book deals, conference invites, networking, and income. In the best of all possible worlds, this “machine” would be leveraged to inspire vision, support important initiatives, and hold Christian public figures accountable.

But as the MacDonald recording reveals in perhaps the most grotesque fashion I’ve ever witnessed, the machine is often used to protect the powerful and to crush truthtellers. And though the machine is comprised of professing Christians, there’s nothing Christian about the way it operates.

The machine is all about leveraging influence. Burying the truth. And promoting and protecting your public image. In MacDonald’s case, there’s also vulgarity, insults, and obscene jokes thrown in.

The context of Moore’s conversation with MacDonald is that Christianity Today has just published an article about Harvest’s lawsuit against me and the authors of The Elephant’s Debt and their wives–and MacDonald is not happy. So, he and Moore are having a conversation about it.

Moore is on a speaker phone. And MacDonald is in a room with people who sound like they could be employees or friends of MacDonald. They’re clearly familiar with Christian ministry, yet they don’t seem to be bothered any more than Moore is with MacDonald’s speech.

“The machine is often used to protect the powerful and to crush truthtellers. And though the machine is comprised of professing Christians, there’s nothing Christian about the way it operates.”

As for Moore, he’s coaching MacDonald on how to influence CT to get more favorable coverage. Moore encourages MacDonald to contact Jeremy Weber, deputy editor of CT because Moore says Weber “will change things . . . adjust things.” Moore also coaches MacDonald to give false compliments to Weber’s bosses based on whether Weber capitulates to his requests.

This is just gross. I know PR professionals are paid to help people project the best possible public image, but if that requires being disingenuous and manipulative, Christians should have no part of it.

Yet Moore’s strategy apparently works. On the second part of the recording, we hear MacDonald have a conversation with Weber. And at the end of that conversation, Weber agrees to publish an editorial by MacDonald defending lawsuits against believers entitled, “Why Suing is Sometimes the Biblical Choice.”

I since have talked to Mark Galli of CT about this decision. He said Weber was not authorized to offer MacDonald space in the magazine during the call, but that the decision was made afterwards by himself. Galli added that he significantly edited MacDonald’s opinion piece to remove any direct attacks against me and the other defendants.

I can appreciate that, but I still find what happened extremely troubling. And I can’t help but wonder how things might have been different if I and the four other defendants were the big celebrities and MacDonald was the writer with a much smaller platform.

I also reached out to Moore several times to get his side of the story. On the day Mancow aired MacDonald’s sound bites on his program, I emailed Moore and included a link to the audio of Mancow’s show. I also told Moore that I had heard the entire 50-minute recording from which MacDonald’s bites were excerpted and knew that these comments were made during a conversation with Moore.

Moore replied, “If indeed your description is what it sounds like on the recording (assuming it is an authentic recording), it is probably that I simply didn’t hear or understand what he was saying.”

He added, “I can honestly say I do not remember any such comment on any call, and I certainly wouldn’t tacitly or otherwise support something so absurd as this.”

“I don’t think anybody set out to build an evangelical celebrity machine that’s an affront to the gospel. Instead, this machine slowly took form as Christians’ pursuit of prosperity, prestige, and platform caused them to make one compromise after another.”

Yet, these responses aren’t believable. On the recording, which Harvest has since authenticated, Moore doesn’t appear to have any trouble hearing what is being said. He laughs at all the right times and his responses indicate understanding.

I later sent Moore audio of Mancow’s podcast, which included excerpts with his voice on them. I twice emailed Moore, asking for comment, but he did not respond.

However, in a statement given to Slate Magazine, Moore said his job sometimes requires acting as a “shock absorber” who listens when clients become frustrated. But he added that this “did not make it right for me to respond offensively and thoughtlessly. I’m very sorry for that, and I’m dealing with it directly, seriously and personally.”

That’s a much more honest response, and I truly hope Moore will take some time to seriously reflect on his behavior. In the meantime, he should step down from the National Association of Evangelicals and Trump’s Evangelical Advisory Board.

I also hope the others involved in this unsavory chapter will reflect seriously and thoughtfully about their participation, as well.

I don’t think anybody set out to build an evangelical celebrity machine that’s an affront to the gospel. Instead, this machine slowly took form as Christians’ pursuit of prosperity, prestige, and platform caused them to make one compromise after another. And now, the evangelical church is much like the church in Sardis, with a reputation of being alive, but we are dead—of being dressed in white, but our clothes are soiled.

We need to remember that Jesus never cared about the prominence of His Bride. He cared about her holiness. He didn’t care about Her image to the world; He cared about her willingness to take up her cross. We have lost sight of what ministry and the church should be. And we need to repent and strengthen what remains before it’s too late.

UPDATE: Below is the full audio of Johnnie Moore’s conversation with James MacDonald. 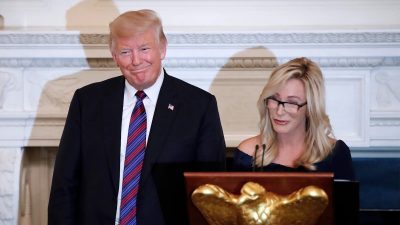