Jen and Brandon Hatmaker have been married since 1993 and have five children. Their family was featured on the HGTV show Your Big Family Renovation, a reality TV show that features the couple fixing up homes for large, growing families.

The Hatmakers also founded Austin New Church in Austin, Texas, where Jen Hatmaker remains on the board.

On July 31, Hatmaker revealed on Instagram that her family was in a painful place and requested prayer.

“In short, we are deeply hurting in our little life,” she wrote, adding: “Our family is navigating an unexpected crisis, and I’ve taken a step back from socials and work to help steer toward healing and wholeness. Please know that everyone is safe, and our kids are okay.”

Hatmaker has been a controversial figure in evangelicalism since 2016, when she affirmed gay marriage and said she believes gay relationships can be holy.

The move prompted LifeWay Christian Resources to discontinue Hatmaker’s best-selling Bible studies and also prompted backlash from some of her followers.

In June of this year, Hatmaker revealed that her daughter, Sydney, was gay and that the family had known for years about their daughter’s orientation. Hatmaker said in a podcast that it’s “not enough” for pastors and Christians to love LGBT people; they need to also embrace their lifestyles.

In an Instagram post about two weeks ago, Hatmaker talked about being on her porch with some of her best friends, “trying to keep a lid on my emotions and be fun for a change.” Hatmaker said one friend talked about being in the navy and looking for a lighthouse on shore.

“(A)t first all we could see was one tiny light, usually a lighthouse,” Hatmaker recalled him saying. “Then a few more lights would come into view . . . And before long, the whole city was in view and we were home . . .

“You can probably just see one tiny light right now, if at all,” Hatmaker continued. “But keep watching. Keep going. You’ll soon see more lights and more land and more signs of life. . . . That far away small light is on solid ground, and we will get there d–mit.”

(This article has been updated.) 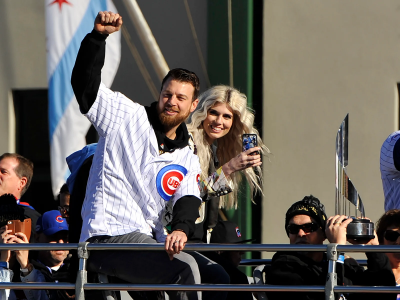 Julianna Zobrist, a Christian author, singer and Instagram influencer, says she is focusing on raising her children and won’t discuss her acrimonious 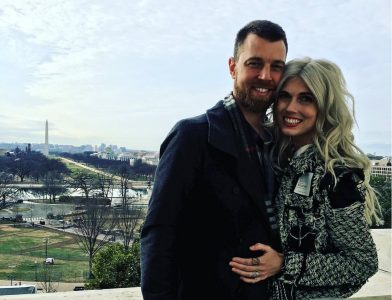 Former Chicago Cubs standout Ben Zobrist claims his wife, Christian singer Julianna Zobrist, had an affair with their former pastor in a