Megachurch pastor John Ortberg last week claimed his congregation had “extensively investigated” concerns about his son and found “no misconduct.”

Now elders at Menlo Church, a Bay area congregation of 5,000, say their initial investigation fell short and have announced plans for an additional “supplemental” investigation.

“While many of you know that the Board took immediate action upon learning of these concerns, we understand our initial investigation could have gone further and included specific expertise in child safety and sex abuse issues, and it could have been informed by conversations with a wider group of people,” church elders said in an email to the congregation Saturday (July 11).

Rev. Ortberg was placed on leave last fall after church leaders learned he had withheld information about his son, John “Johnny” Ortberg III, from them, a move they described as “poor judgment and a betrayal of trust.”

In July 2018, Johnny — who volunteered with children at the church and in the community — reportedly told his father he experienced what church leaders called an “unwanted thought pattern of attraction to minors.” The senior Ortberg did not tell church leaders or staff about what he had learned from his son. Nor did he act to prevent his son from working with children.

Church leaders finally learned of Ortberg’s decision after another one of his children, Daniel Lavery, wrote to them expressing concerns.

The elders then hired an investigator who talked to church staff and Lavery, among others, but never spoke with Johnny, or with any parents of children who had contact with Johnny. The elders also never officially acknowledged the family connection between Rev. Ortberg and “the volunteer” in question.

The church had consistently defended its investigation as “independent” and said no misconduct was found. Rev. Ortberg said he had betrayed his “sacred trust” as pastor but also defended the investigation.

The Rev. Ortberg said he supports the new investigation and that he believes it will show no misconduct on the part of his youngest son. He also said that Johnny Ortberg would meet with the new investigator if asked.

The Rev. Ortberg also said that any decisions about his future as pastor of Menlo Church lie in the hands of the church’s elders and their denomination. Menlo Church is part of ECO, A Covenant Order of Evangelical Presbyterians. A spokesman for the church elders said that any decisions about possible discipline for the Rev. Ortberg would involve their presbytery.

The ECO constitution gives church congregations the ability to vote on calling a pastor or “to request the dissolution of such calls.”

After the identity of the volunteer became public in June of this year, congregation members began to push back against the elders.

“After carefully listening to our community these last several days about the investigation into a former church volunteer, we want to first acknowledge the Board’s ownership in what we have done to contribute to the pain and distrust many of you are feeling right now,” the elders said in the statement. “Fundamentally, we did not provide the transparency that our community deserves and as a result have eroded the trust some of you place in our leadership.”

Church elders said they would begin a “supplemental investigation” to be overseen by a committee including elders, parents, staff and volunteers.

On social media, Lavery expressed disappointment in the church’s announcement and called for Rev. Ortberg to be removed as pastor.

“This plan is a non-starter, a confession of failure, and a disgrace,” Lavery said on Twitter.

During an online church service, Eugene Lee, an executive pastor at Menlo Church, acknowledged the recent controversy at the beginning of his sermon.

Lee did not specifically mention Rev. Ortberg in his opening remarks, instead mentioning “a hard week for our church.”

“I have talked to so many of you who are hurting, disappointed, confused and heartbroken and I am so sorry you are feeling that way,” he said. “I want you to know that we are listening.”

Lee also said church leaders were working on “significant next steps” which they hope to share with the church in the coming week.

*This piece has been updated to include new statements by the Rev. John Ortberg. 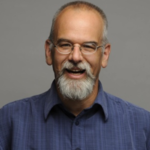 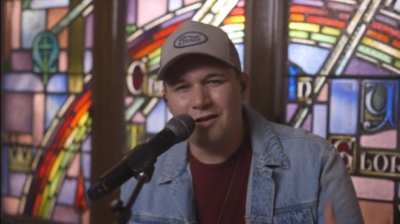 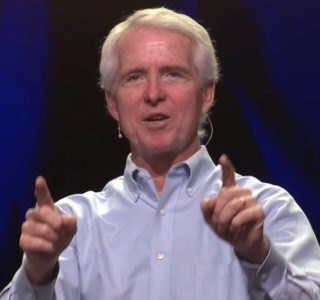 John Ortberg, popular Christian author and speaker, has resigned as pastor of Menlo Church, a megachurch congregation outside of San Francisco. His