TikTok videos mocking Christianity by Abraham Piper—the son of renowned pastor and theologian, John Piper—may be catchy and have gone viral. But theologians say the content isn’t original, nor the arguments compelling. The videos do, however, sometimes carry a grain of truth.

One snarky sixty-second video at a time, Abraham Piper is attacking Christian doctrines and the Bible. And his rise on TikTok has been meteoric, gaining 900,000 followers in only six months.

Piper said in his videos that he’s attacking evangelical faith for being destructive, narrow-minded, and dangerous.

However, Abraham Piper’s videos often go far beyond attacking beliefs or mindsets held only by evangelicals. He condemns belief in hell, Christian education, the Bible, and calls Jesus a thief. He refers to believers as “fundies.”

He tends to deliver his content with a mocking smile.

“The most disappointing part of the Abraham Piper deal is that people have lost all sense of piety and impropriety. I can’t imagine airing my grievances with my father, mocking his beliefs, etc… in such a public way,” said Nigro on Twitter.

In a tweet, Piper argued that bowling was a better “metaphor” for a religion than the resurrection. “It has all the same allegorical potency, is truer to life, generally comes w/ beer, and has no holiday you’re obliged to celebrate,” he said.

In response, Truett Seminary chaplain Tyler Conway tweeted, “I get the guy has some baggage. Definitely. Me too. But that doesn’t make this kind of stuff any less of an eye roll. Bowling!? Really?”

Piper’s criticisms of the Bible seldom rise above shallow mockery, but his strongest arguments against Christianity mainly draw fuel from the actions of believers.

“Even the most abrasive fire-and-brimstone preacher doesn’t really believe in a literal hell,” said Piper in a video. “If they allow themselves even a single banal luxury, they’re proving they don’t believe. How are you gonna take your family to Outback after church while millions of people are burning alive?”

Yet Carson Weitnauer, the founder of apologetics group Reasons for God, said Piper’s argument ignores a central part of Christian faith. The burden of saving people falls on God, not on believers.

“The main emphasis of the New Testament and the Bible is not to be so afraid and anxious and guilt-ridden that you will do anything for God,” said Weitnauer.

However, some of Abraham Piper’s videos mock legitimate issues in the church, Weitnauer admitted. Evangelical Christians have fallen for conspiracy theories about reversed satanic messages in music, treated doubters harshly, run missions trips that don’t help people, and other mistakes. Piper relentlessly jabs at evangelicals for these actions.

Douglas Groothuis, a philosophy professor at the Denver Seminary, said most of Abraham Piper’s supposedly knock-down arguments were answered thousands of years ago.

For instance, Abraham Piper has argued that only an evil person could punish evil people in Hell. However, theologians, including his own father, have offered logical explanations on why a good God punishes sinners with hell.

According to John Piper, hell is a “vivid parable of the outrage of failing to honor God, failing to glorify God, failing to thank God as God.” He adds, “The essence of evil — what makes evil evil — is not harm done to man, but indignities done to God.”

Groothius says Abraham Piper is “not saying anything that hasn’t been raised by smarter people previously. He’s just found a catchy way to say it.” Groothius adds, “These have been issues since day one of Christianity. It’s not like these are new ideas or new issues, but it’s not like Christians haven’t given answers.”

Abraham Piper is one of many recent Christian leaders and children of Christian leaders who have apostasized. They include author Josh Harris, Moody professor Dr. Paul Maxwell, and Hillsong worship leader Marty Sampson.

For the most part, these leaders tend to leave Christianity for no clear alternative, said Groothuis. They don’t announce that they are now Muslims, Buddhists, or atheists. They just stop.

“Abraham Piper is not too straightforward about what he now embraces,” said Groothuis. “[These people] were just fed up with Christianity. The more recent ones are simply saying, ‘I can’t believe anymore.’”

Abraham Piper doesn’t characterize himself as an atheist because “Atheist as a blanket term presupposes a shared understanding of what God is,” he said.

The one thing that his belief system currently seems certain about is a lack of meaning and purpose in life.

Life is best when nothing matters, and an ultimate meaning in the universe is logically impossible, he said. It’s irresponsible to have children because they will experience pain, he said in another video.

“I replaced fundamentalist Christianity with nothingness,” he said in one video.

Abraham Piper previously apostatized when he was 19 years old, but then returned to the church four years later.

“At first I pretended that my reasoning was high-minded and philosophical,” Piper wrote. “But really I just wanted to drink gallons of cheap sangria and sleep around.”

Although Christians may know Abraham Piper for his videos on faith, most of his popularity springs from videos commenting on other subjects—from the direction that doors open to the size of labels on alcohol labels, said Zach Reimer, another so-called “ex-evangelical.”

Like Abraham Piper, Reimer’s new beliefs lack a clear category. Reimer said he lives as if God exists but doesn’t actually believe he can know. Most people like him leave churches after experiencing anti-intellectualism, populism, and too much focus on conversion, he added.

Weitnauer said that when he listens to Abraham Piper, he starts from a place of empathy.

“Hearing the pain and hurt that he’s sharing, my heart goes out to him,” said Weitnauer. “He talks about his experiences that were destructive, that were anti-intellectual, that were weird, that were hurtful. The starting point is to acknowledge he had some bad experiences and to grieve with him.” 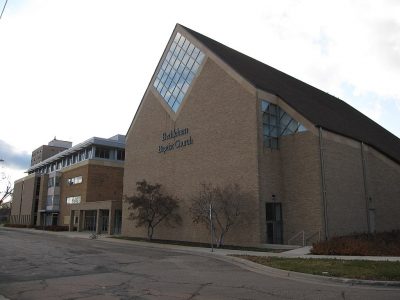 When Bryan Pickering came to the March 16 meeting of the Elder Council at Bethlehem Baptist Church (BBC), he thought the board