An analysis of the financial statements by MinistryWatch, with the assistance of the Dallas-based Trinity Foundation, reveals what the Trinity Foundation calls a “suspicious” pattern of self-dealing between Kanakuk Ministries and founder “Coach” Joe White and his family.

Kanakuk Ministries in Branson, Missouri, is one of the largest Christian camps in the United States.  Each summer, it serves more than 20,000 children from around the country.  Its fiscal year 2017 revenue topped $35-million.

However, these numbers tell only a fraction of the story.  A closer examination of the Form 990 reveals that Kanakuk Ministries rents a portion of its property from Kukorp LLC.  In the 2017 tax year, Kanakuk paid Kukorp $166,481.  Kukorp LLC is “wholly owned by Debbie-Jo White.”  The rental arrangement is part of a 2008 agreement that specified a “50-year lease with a 50-year option.”

Kanakuk Ministries also rents property from K-Land One LLC.  This entity is “wholly owned by Joe and Debbie-Jo White.”  Kanakuk paid $144,296 to K-Land One.  It too enjoys a “50 year lease with a 50-year option.”

According to John Jensen, the Chief Business Officer for Kanakuk Ministries, “All the land tied to this lease [with Kukorp] will revert to Kanakuk upon the death of Joe and Debbie-Jo White.”

And 2017 was not unique.  The individual numbers vary from year to year, but between 2014 and 2017, Kanakuk paid the Whites or entities owned by the Whites about $2.62-million.

Such payments may not be illegal, but they are unusual.  The Evangelical Council for Financial Accountability (ECFA) does not prohibit such arrangements, but it does strongly discourage them, even when they might benefit the organization itself.  ECFA Standard 6 includes the following: “Certain related-party transactions may clearly be advantageous to, and in the economic benefit of, the organization. However, even if a transaction is economically beneficial to an organization, it may raise a public perception of questionable integrity or create a perception of self-dealing and, thus, should be avoided.”

The Kanakuk’s Form 990 claims that these transactions were done in compliance with Kanakuk’s “Conflict of Interest Policy and Procedure.” But even if that’s true, those policies were implemented by a board of directors that the White family controls.  Kanakuk’s board appears to have has just seven directors, with three of them being Whites:  Joe, Debbie-Jo, and their son Cooper.  Another director, Doug Goodwin, is the current president of Kanakuk, and is therefore also not independent.  Jensen said the transactions were approved by a vote of the independent board members.

The ECFA’s Standard 2 requires members to have at least five members, “a majority of whom shall be independent.”  Kanakuk is not in compliance with this standard.  It is perhaps for these reasons that Kanakuk Ministries is not a member of the ECFA.

Again, while these arrangements do not prove illegality, they do raise concerns about “private inurement,” which is against the law.  According to BoardSource, “Private inurement…happens when an insider — an individual who has significant influence over the organization — enters into an arrangement with the nonprofit and receives benefits greater than she or he provides in return. The most common example is excessive compensation, which the IRS condemns through Intermediate Sanctions, significant excise taxes. Insiders — referred to in IRS parlance as ‘disqualified persons’ — can be high-level managers, board members, founders, major donors, highest paid employees, family members of the above, and a business where the listed persons own more than 35 percent of an interest.”

Scrutiny of Kanakuk has intensified following the release of recent articles by MinistryWatch (republished here) and The Dispatch outlining a history of sexual abuse, lawsuits, and multi-million dollar settlements against Kanakuk or staff members.  Kanakuk leaders say these problems are behind it and it has implemented strong youth protection procedures at the camp.  However, it is impossible to verify the contention that Kanakuk’s troubles are in the past because many of the victims are bound by non-disclosure agreements.  A new website, FactsAboutKanakuk.com, backed by victims and victim advocates, includes a petition drive to get victims released from their non-disclosure agreements. 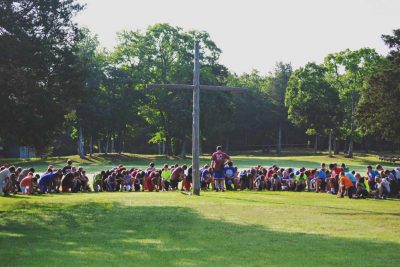 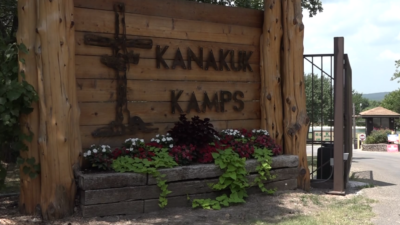 A successful Texas businessman has come forward with new allegations that Joe White, director of Kanakuk Kamps—one of the largest Christian camps

Joe White, the president of Kanakuk Ministries near Branson, Missouri, is a larger than life figure in American evangelicalism. Since the 1970s,