1979 was a highly consequential year for the direction of the Southern Baptist Convention.

And 2021, come to think of it. No doubt I’m missing other important years.

Where might 2022 rank? For the second year in a row, the high-profile annual meeting of the nation’s largest Protestant denomination produced major news.

Five key takeaways from this week’s proceedings in Anaheim, California:

In response to last month’s bombshell report on sexual abuse in the denomination, delegates “voted overwhelmingly Tuesday to create a way to track pastors and other church workers credibly accused of sex abuse and launch a new task force to oversee further reforms,” as The Associated Press’ Deepa Bharath and Peter Smith report.

See related coverage by the Houston Chronicle’s John Tedesco and Robert Downen, two of the journalists whose 2019 “Abuse of Faith” investigation spurred the reforms.

A day after that important vote, the Southern Baptists “approved a resolution Wednesday apologizing to abuse survivors and asking for forgiveness,” as Religion News Service’s Bob Smietana and Adelle M. Banks report.

.@liamsadams and @KathsBurgess have been busy in Anaheim this week covering #SBC2022. Here's their latest dispatch for @Tennessean and @memphisnews https://t.co/1Kr14K0WK6 #SBC22

In “another win for abuse reform,” the Baptists elected Bart Barber, the pastor of a relatively small congregation in rural Texas, to lead the denomination’s crucial next steps, as Christianity Today’s Kate Shellnutt reports.

See related coverage by the Arkansas Democrat-Gazette’s Frank Lockwood and the Washington Times’ Mark A. Kellner.

A rural Texas pastor and denominational committee leader, Bart Barber defeated opponent Tom Ascol in a runoff on the first day of the SBC’s annual meeting.

Besides sex abuse, delegates grappled with how to handle doctrinal issues, including the appointment of three women as pastors last year by famous pastor Rick Warren’s Saddleback Church in Southern California, as the New York Times’ Ruth Graham and Elizabeth Dias report.

A significant right-wing faction present at the meeting — a minority but still a vocal force — drew comparisons to the MAGA wing of the Republican Party, as the Washington Post’s Michelle Boorstein and the Houston Chronicle’s Downen report.

“In the past issues that divided evangelicals, such as speaking in tongues, End Times theology, Calvinism – all of those things have receded, and it’s now these social and political issues that define allegiances" @kkdumez on new bedfellows #SBC2022 1/6 https://t.co/nMuvxvXPLd 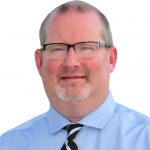