The Lawsuit, The Sermon, The Selection of Elders: An Update On The Disappointing Developments at Harvest

When Harvest Bible Chapel fired James MacDonald nearly two months ago, I was cautiously optimistic. “God can rebuild something beautiful from these ashes,” I wrote. “That is His will. And He will do it if we remain focused and submitted to Him.”

Unfortunately, whatever beauty exists at Harvest continues to be obscured by ungodliness. As former Elder Dan George said when he resigned two weeks ago, the elder board continues to be controlled by former executive committee members—the same people responsible for Harvest’s “ungodly” and potentially fraudulent spending. George also warned that if the board did not “radically change,” Harvest would not “be able to rid itself of the old sinful, secretive, siloed, and controlling culture.”

“Sadly, the old adage that ‘the more things change, the more they stay the same’ seems to aptly describe Harvest. Yes, there has been change. But none of the change seems to have transformed Harvest’s diseased culture.”

Yet the board did not change. Instead, it dug in, denied the problem. And as the church characteristically did under MacDonald’s leadership, it strongly censured the whistleblower, accusing George of sowing “mistrust and division in the body.”

Sadly, the old adage that “the more things change, the more they stay the same” seems to aptly describe Harvest. Yes, there has been change. But none of the change seems to have transformed Harvest’s diseased culture.

Church leaders refuse to own much of their sin, and repent of it publicly. Leaders continue to try and hide the truth.The pulpit remains a means of manipulation. And stunningly, old, disqualified elders are being used to pick a supposedly new and improved elder board.

In January, Harvest and MacDonald dropped their frivolous and unbiblical lawsuit against me, the authors of The Elephants Debt—Ryan Mahoney and Scott Bryant—and their wives. That was a welcome development, but two major issues remained.

One, the lawsuit cost the Mahoneys, Bryants, and me tens of thousands of dollars. And two, the lawsuit itself (and accompanying elder updates and comments to the media) included outlandish lies about me and the other four defendants.

Recently, Harvest reached an agreement with me that included the church paying for all my legal fees, including an additional $15,000 to compensate me for the defamatory comments MacDonald had made about me on the recording aired on Mancow’s radio show. Scott Bryant told me that the church also has settled with him and covered all his legal fees. For these developments, I am grateful.

Also, shortly after reaching an agreement with Harvest, I received an email from Harvest counsel, Chris Nudo, informing me that the elders would like to meet with me to offer a “heartfelt apology for the pain caused by the litigation.”

“As part of the Mahoneys’ litigation, their attorney sent me a subpoena for audio of a recorded conversation . . . Yet as Harvest has done before, the church predictably did again, filing a motion to quash the subpoena so this information never becomes public.”

I appreciated the elders’ sentiment. However, I told Nudo that for the elders’ apology to be meaningful, the elders would need to publicly renounce the lies they’ve published about me. Nudo responded that the elders would be in touch with me after considering the issue.

That was two weeks ago. I have heard nothing from the elders since.

Meanwhile, the Mahoneys remain in litigation with the church. They have filed a motion for sanctions against Harvest under the Illinois Supreme Court Rule 137. This rule allows a party to recover attorney fees spent defending frivolous litigation.

As part of the Mahoneys’ litigation, their attorney sent me a subpoena for audio of a recorded conversation involving James MacDonald, as well as a transcript of that recording. This is something I have never published for legal reasons. But it is something that is of significant public interest and is relevant to the Mahoneys’ case.

Yet as Harvest has done before, the church predictably did again, filing a motion to quash the subpoena so this information never becomes public. So much for Harvest’s alleged new era of transparency.

Much already has been said on social media concerning the sermon Harvest Theologian in Residence Michael Vanlaningham gave on Sunday. For those who missed it, Vanlanigham asserted that forgiveness involves promising never to bring up an incident that’s been forgiven, nor to talk about the incident with others. Then he asserted:

Now I just want to suggest, “I promise I will not bring up this incident” and “I promise I will not talk to others about this incident”—that rules out social media. Listen up! Social media has become social mania. Blogging has become flogging. Tweeting is now beating. And Christians are doing that against Christians! If somebody does you wrong, you don’t go home and post about it on Facebook for your 1,000 friends so it’s out there forever guys. It’s just wrong. That’s sin. It’s called slander. It’s called gossip. It’s called something we ought never to do to one another in the body of Christ. And, oh my goodness, how we’ve gotten out of control with that stuff! We have to learn to forgive.

Given normal circumstances, what Vanlaningham said might not have triggered backlash. However, these are not normal circumstances. For years, Harvest leaders have shamed the congregation from engaging in social media—or reading blogs exposing corruption at Harvest, like The Elephant’s Debt—saying to do so was gossiping and sowing discord.

Granted, the specific issue Vanlaningham addressed was publicly posting about a personal offense, rather than a public offense like corruption at Harvest. Yet given the context of past shaming, what he said, which lacked any clarification or nuance, felt like the familiar urging to turn a blind eye to the online exposure of ongoing corruption at Harvest.

What’s worse, at the 11:00 a.m. service at the Rolling Meadows campus, Vanlaningham upped the ante, passionately urging congregants to raise their hands if they’re willing to “stop the madness on social media.”

According to Alex Hageli, who attended that service, only about a third of the people in the congregation raised their hands. Vanlaningham then responded, “There’s a lot of you who aren’t (raising your hand). Oh, that’s too bad. Pray for the Holy Spirit to get a hold of you.”

The audio of that sermon is no longer available online, but below is a short clip from the sermon, which includes Vanlaningham’s request.

Also, here’s video of the sermon Harvest posted online. The part about social media can be heard from 27:21 to 28:22.

Again, under normal circumstances, what Vanlaningham said might be acceptable. But given the pattern of control and manipulation at Harvest, it was unwise at best—and at worst, a sign that the old, manipulative patterns remain.

Also, Vanlaningham makes a very disconcerting statement near the end of his sermon. In this statement, he addresses public discussions about Harvest. And then he conflates the public criticism of the church—which almost exclusively has targeted corrupt leaders—with the congregation itself.

At around 35:39 on the video above, he says, “I am grieved with what people are now saying about this church.” Then he points at the audience and says, “—about you. And I care for you guys a lot. I think I’m well on my way to loving you. And it is quite a dismay to see it happen.”

I was dumbfounded when I heard that. With these statements, Vanlaningham essentially created an “us-them” scenario, where the congregation and Vanlaningham—“us”— is being abused by “them”—the outside bloggers and social media users. But the reality is that bloggers and social media users aren’t abusing the congregation; Harvest’s corrupt leaders are. That is the “them” Vanlaningham should be calling out. Instead, he continues to point the fingers at outside critics, as though we’re the problem. That’s false and it’s wrong.

I have reached out to Vanlaningham for comment, but he has declined to say anything on the record. That really saddens me. Less than a year ago, Vanlaningham was a professor at the Moody Bible Institute and a repeat guest on my former Moody Radio program, Up for Debate. I really respected him during my time there, and this is not a message I would have expected from him.

Lastly, there’s the matter of elder selection. As I’ve already mentioned, the elders currently running Harvest are the same ones responsible for approving the gross financial mismanagement there. However, Harvest says it plans to have a new board in place by the end of May, so does it really matter?

Actually, it matters greatly. These men shirked their fiduciary responsibility and have a strong interest in keeping Harvest’s financials hidden forever. Why the church would continue to allow them to have access to these documents, let alone control the direction of the church, is beyond baffling. It’s no wonder that Harvest still has not opened its books nor revealed the compensation it paid James MacDonald and former Harvest executives. And, though it’s extraordinarily unusual for an auditing firm like Plante Moran to refuse a job like auditing Harvest, given the circumstances, it makes sense that it did.

In addition, the elder selection process appears to be heavily controlled by campus pastors, who were tied to the former corrupt leadership to varying degrees, as well as disqualified elders. According to the church website, the campus pastors nominated all 13 of the current candidates for the new elder board, and former elders vetted them. This, despite the fact that the church posted on its FAQ page on March 2nd that “no one who has ever served as an elder before at Harvest will be part of (elder) nominations.”

There also are seven former elders serving on the elder selection committee. And of those seven, six signed the infamous letter last December pledging “unconditional support” for James MacDonald. That letter has since been removed from Harvest’s website but is posted below.

These disqualified men—Jay Patel, Elvin Valez, Mike Lawson, Ron Frahler, Jeff Kee, and Joe Brightwell—should have zero input into the selection of new elders. And it’s shocking that Harvest would elect a “new elder board” using old, disqualified elders. But once again, the more things change at Harvest, the more they stay the same.

Here is the application elders were sent. There’s much that’s worthy of comment in it. But for starters, it asks applicants whether they are tithing to the church. Normally, I would say tithing is a prerequisite for being an elder. But until Harvest opens its books and proves it has solved its mismanagement issues, giving to this church is irresponsible. I wonder if those prudent members who stopped tithing to Harvest were disqualified? I have emailed Harvest’s elders and asked questions about the process, but they have not responded. 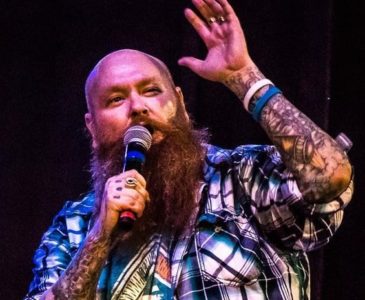 139 thoughts on “The Lawsuit, The Sermon, The Selection of Elders: An Update On The Disappointing Developments at Harvest”