Liberty U Opens Investigation to Public, Focusing on Business Practices, not Sexual Misconduct

By Julie Roys and Christina Darnell

The first public stage of an independent investigation into alleged wrongdoing at Liberty University is now open. And while some Liberty students and supporters are praising the new development, others are upset that the investigation seems to focus solely on business practices and is ignoring potential victims of sexual misconduct.

Liberty confirmed in a statement Tuesday that the Virginia-based school has retained Baker Tilly US, a global forensic accounting firm, to conduct a wide-ranging review of business practices during the tenure of Jerry Falwell Jr. The inquiry, as first announced by the school board at the end of August, will cover financial, real estate, and legal matters.

The school has also launched a website to report any potential misconduct to the investigative team. The website, hosted by a third-party vendor, allows for “employees, contractors and business affiliates” of the school to file confidential submissions, according to the statement.

Calls for an investigation mounted following Falwell’s departure as the university’s president in August, a post he held since the death of his father and the popular evangelical school’s founder, Jerry Falwell Sr., in 2007.

Falwell Jr. resigned after Reuters published an interview with Giancarlo Granda, a business partner who claimed he had a yearslong sexual relationship with Becki Falwell and that Jerry Falwell participated in some of the liaisons by watching. The Falwells acknowledged the affair, though Falwell Jr. denied participation.

The announcement of the affair came while Falwell was on indefinite leave from his role as president for provocative social media posts that violated the school’s behavioral code. Falwell told the Washington Post he will receive $10.5 million as part of his severance.

Following his resignation, Politico published an article based on stories from dozens of “current and former high-ranking Liberty University officials and close associates” alleging Falwell had directed “university resources into projects and real estate deals in which his friends and family have stood to make personal financial gains,” amongst other improprieties.

Politico also published an account by a former Liberty student alleging that Becki Falwell had been an aggressor in a sexual relationship with him.

In addition, The Roys Report published a bizarre exercise video showing Falwell doing pelvic thrusts on a bar holding two university coeds. We also reported that Falwell had “liked” pictures of bikini-clad students that were posted on social media.

Liberty’s recent announcement about the investigation was met with mixed reviews from the public. Some expressed gratitude that Liberty had hired a reputable, third party firm to look into business matters. One person on social media commented that accounting firms have “very high standards for independence . . . and extremely high ethical standards. If a forensic audit is being done, the finances are being looked at with a much more critical eye than a ‘basic’ audit.”

But others complained that the investigation did not invite victims of sexual misconduct to report their stories.

What qualifies an advisory, tax, & assurance firm to do this type of investigation? Will they center on victims & trauma care? In their "About" section they talk abt winning & say, "We have only one agenda: Yours." Ultimately they're working for Liberty. Why should victims trust?

Also expressing skepticism was Save71, a group of Liberty alumni, students and faculty calling for new leadership at the university. The group objected to Liberty’s statement that students and employees should not use the new portal to report “complaints of misconduct where the University has an established complaint procedure.”

“This is arrogant, willful blindness,” Save 71 tweeted. “Liberty’s ‘established complaint procedures ‘need to be investigated themselves.”

Yesterday’s announcement said this investigation should not be used for “complaints of misconduct where the University has an established complaint procedure.”

This is arrogant, willful blindness. Liberty’s “established compliant procedures” need to be investigated themselves. https://t.co/TdK0ytL2Wo

According to Liberty, the investigation website for confidential submissions will be open until December 20, 2020, and those with reports are encouraged “not to delay.” The website names only financial categories for “types” of reports, but also has a category for “other.”

“Those with information they believe might be useful to the forensic investigation into potential misconduct in business operations of the University and/or any improper decisions or actions by current or former members of University leadership, are encouraged to visit the portal,” the university statement said. 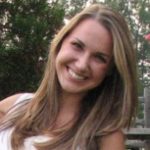 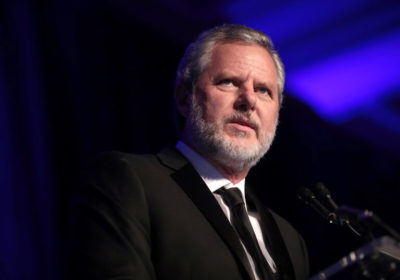 The party is over. Former Liberty University President Jerry Falwell Jr. has reportedly canceled a graduation party he planned to host this Saturday on 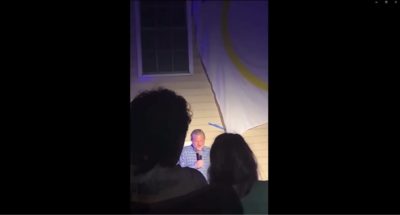 5 thoughts on “Liberty U Opens Investigation to Public, Focusing on Business Practices, not Sexual Misconduct”