One Church Gets It Right: Lookout Mountain’s Model Response to Sex Abuse Allegations

Often when churches hear allegations of sexual abuse by their staff, they minimize the abuse and attack the whistleblower. But recently, one church in Tennessee did the exact opposite, earning the praise of abuse survivor advocate Dee Parsons, who’s blogged about abuse claims for 12 years.

“The reason my blog exists is because of how badly churches respond to these problems,” said Parsons in a recent interview. “But this church responded very well.”

For decades, the claims that a former youth intern had abused boys at Lookout Mountain Presbyterian Church in Lookout Mountain, Tennessee, remained buried. But when pastor Brian Salter first learned about the claims in 2019, his response was swift and thorough.

Churches and ministries can follow Lookout Mountain’s model by focusing on these specific steps.

After Rev. Salter received a phone call informing him that Paul Warren, a youth ministry intern at the church, had acted inappropriately with teenage boys at the church in the early 1980s, he went into action. He soon found that the accusations had been aired in the church in years past, but never fully investigated.

At each step in the long and complex two-year process, Salter and church leadership were open about what they were doing.

As the Chattanooga Times Free Press reported, “the leaders of Lookout Mountain Presbyterian chose to be radically transparent about what happened and how it was being handled. They sent letters to their congregation. They held virtual town hall events. And, when the investigation was complete, they made the final report public.”

Church leadership regularly shared information with relevant parties. They sent letters about their investigation to all church members 18 and older. This resulted in additional members coming forward with accusations. This further complicated the investigation, but it led to important discoveries, too. The church also sent letters to Warren’s current and former employers.

Many churches and ministries believe they can handle investigations of sexual abuse internally, but this approach rarely works, and often feeds skepticism about the results.

Instead, Lookout Mountain hired Godly Response to Abuse in the Christian Environment, or GRACE, a Virginia nonprofit that has emerged as the leading investigative organization. GRACE conducted a 14-month investigation that involved 32 interviews with witnesses and victims, and extensive document research. When GRACE issued its final report, the church made that readily available, too.

In addition to the regular information it disseminated in print and on its web site, the church also held regular town hall meetings where members could discuss the information together.

In some cases, church leaders used the town halls to share new information. In other cases, leaders expressed their feelings about the whole process. As Rev. Salter said during a January, 2021 town hall: “It’s heavy. It’s dark. It’s tragic. Hurt is everywhere. But pray for us.”

How far back into the past should a church go to root out sin? In many cases, churches wash their hands of old, bad news.

“What usually happens in situations like that, is that the church claims that they have no responsibility for something that happened 35 years ago,” Parsons said. “Lookout Mountain didn’t do that.”

At a January town hall, Rev. Salter owned the church’s responsibility for the abuse, stating: “What we are dealing with is unreconciled and largely overlooked criminal activity by spiritual leaders, and that is especially heinous.”

The crimes had been overlooked by previous pastors and leaders, even though accusations regularly arose.

As the church explored misbehavior by Paul Warren in the 1980s, they got a surprise. They found that Anthony Marcano, a youth intern who served Lookout Mountain in the 1970s, was also accused of sexual abuse. That complicated the investigation, which found that both men had gone on to work in public settings with young people: Warren at other churches, Marcano in public education.

Dee Parsons, who began her work with The Wartburg Watch after her own Baptist church failed to address abuse, acknowledges that some believers seem to think that decades-old transgressions should be left alone. But she says even decades-old sin should be exposed and addressed.

“Justice is justice, no matter when it happens,” she says.

Parsons recently posted an audio blog about a woman who confronted her Methodist abuser 40 years after the fact. Even though the statute of limitations had expired, the woman  was allowed to pursue the case because she was a minor when she was abused. The case went forward, and the offender has been arrested.

When Salter first learned about the allegations in 2019, he sent two letters to the Chesapeake Presbytery, which oversees PCA churches in the Maryland area. The letters detailed the allegations and notified church leadership of the investigation.

The Chesapeake Presbytery issued a statement to the Chattanooga paper saying that Warren had been dealt with appropriately: “Mr. Warren was investigated, convicted, and deposed from his ministry through an ecclesiastical judicial system.”

Rev. Salter, who declined an interview, isn’t celebrating the church’s response, but continues to mourn the sin and crime that took place in the past.

Steve Rabey is a veteran author and journalist who has published more than 50 books and 2,000 articles about religion, spirituality, and culture. He was an instructor at Fuller and Denver seminaries and the U.S. Air Force Academy. He and his wife Lois live in Colorado. 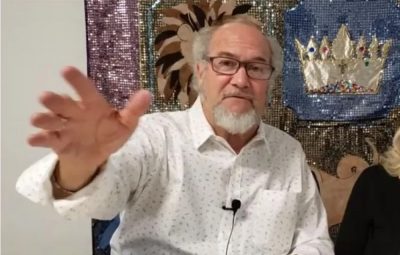 A woman who said her father, a former pastor of a Delaware church, sexually abused her as a child and trafficked her

8 thoughts on “One Church Gets It Right: Lookout Mountain’s Model Response to Sex Abuse Allegations”