Disgraced celebrity pastor, James MacDonald, continued his tirade against me and The Roys Report on Tuesday, repeatedly calling me “#JRgossipslut” and asserting that I am “NOT a Christian” but “an apostate.”

The fired and disqualified former pastor of Harvest Bible Chapel also posted a 1,600-word diatribe justifying his use of “sexual imagery” against me.

“If you bristle at the strong language toward this #JRGOSSIPSLUT . . . it is because you are not familiar enough with the biblical prophets, and your sensibilities are tuned to 2021 Western-world PC culture,” MacDonald wrote. “Or possibly you are a ‘red letter Christian,’ who doesn’t even read all the red letters and has created a cultural Christ apart from the biblical one.”

While saying he was confronting only me, MacDonald also called out “detractors” who “never do the right thing and meet with me face-to-face”; “former friends” who “betrayed my wife and me”; elders who destroyed “lives and reputations”; and “other HBC leaders/Pastors” who failed to do “their biblical duty” to reconcile and restore.

“My focus is completely and entirely upon the single catalyst for this destruction . . .” MacDonald wrote. “You would have to agree, I have let her prattle on for a long, long time—past the damage, past the destruction, past the fallout, and well into the healing.”

MacDonald also referred to The Roys Report as a “millstone ministry” in his tweets and warned that those who support me will “share in her judgment.”

For years I have refused to read the tripe from #JRgossipslut Julie Roys but of course have heard from others. She is a cancer on the body of Christ and must be excised. If you love Jesus and follow Julie Roys you share in the judgment coming upon her millstone ministry.

The responses to MacDonald’s diatribe have been overwhelmingly negative.

Someone named Scott tweeted that he owned a book of MacDonald’s, which he was now planning to burn. “A supposed ‘man of God’ would be wise enough to literally never use that sort of language when referring to a woman,” he wrote.

A wife and mother, Angie Hodges, tweeted: “Didn’t you write a book called ‘Lord change my attitude before it’s too late’? Maybe it’d be good to pray that right now because this hashtag (#JRgossipslut) is gross.”

“Did Paul & the prophets also put out a hit on their son in laws, lash out angrily bc a student in class wasn’t paying attention to them, plot to plant child pornography on an enemy . . . bully employees, etc, etc, etc…? Julie Roys is NOT our only source,” Robin tweeted.

Did Paul & the prophets also put out a hit on their son in laws, lash out angrily bc a student in class wasn't paying attention to them, plot to plant child pornography on an enemy, hit on women while married, bully employees, etc, etc, etc…? Julie Roys is NOT our only source

Justin Sytsma, director of worship and outreach at a Presbyterian Church in Ontario, Canada, tweeted: “Hey James are you still upset that she exposed your evil, sinful behavior? Have you publicly repented of your public sin yet?”

MacDonald claims he has evidence exposing all my “lies.”

His tweets Tuesday indicate that he believes the independent audit Harvest Bible Chapel conducted, and on which I reported, reached false conclusions.

The audit found that the church had maintained two private checking accounts that gave MacDonald $3.1 million from January 2016—February 2019.

One was an “executive account,” which provided MacDonald with deferred compensation and also paid for some of his personal expenses, according to the audit. The other was a reserve account for Walk in the Word (WITW), MacDonald’s former broadcast ministry.

The church reported that $1.9 million from the WITW reserve account went to MacDonald and his family members for things like car repairs, motorcycles, hunting expenses, and clothing and eyewear for James.

Harvest said at the time of the audit that it was seeking reimbursement from MacDonald for expenses that never should have been paid with church funds. For other expenses, the church said it issued MacDonald W-2s.

Seemingly referring to those W-2s, MacDonald claimed in a tweet Tuesday, “HBC met with me for w2 meeting, 2/24/20 resolving all $104K of questions in 2 hours not millions Julie.”

If #JRgossipslut had an ounce of integrity she’d back down – settlement = false things were said … what were they? HBC met with me for w2 meeting, 9/24/20 resolving all $104k of questions in 2 hours not millions Julie – hbc admitted – catch up Julie – stop lying – John 8:44

However, according to an October Harvest Bible Chapel elder report, the resolution came because the church ceded Walk in the Word to MacDonald in an arbitration settlement.

“In the early stages of the arbitration, we indicated we would review certain financial expenditures with MacDonald,” the elders wrote. “The review process has been recently completed and the largest expenditures were under Walk in the Word which is now James MacDonald Ministries (JMM). The remaining amount has already been accounted for in previous tax filings.”

Also, as he did in an email over the weekend, MacDonald accused Harvest in tweets of stealing money and assets from Walk in Word (WITW). Yet analysis of transactions over the years shows that Harvest paid WITW tens of millions of dollars.

Until 2011, Walk in the Word (WITW) existed as a separate 501(c)3 radio ministry. However, WITW became a ministry of Harvest Bible Chapel on January 1, 2011. And according to Harvest’s 2010-2011 Financial Statement, WITW at that time granted $2.4 million in assets to Harvest and Harvest assumed more than $278,000 of WITW’s liabilities.

However, each year, Harvest gave 5% of its annual revenues to WITW—somewhere between $1.2 million and $1.65 million—according to former WITW Executive Producer Trey Morris.

Plus, in March 2014, WITW received $11.6 million in free airtime from Trinity Broadcasting Network due to the sale of Harvest’s property in Aurora.

According to Harvest’s 2015-2016 Financial Statement, Harvest sold the Aurora property to TBN for $15.6 million. TBN paid $4 million in cash to the church and the remaining $11.6 million was paid in television broadcast time for MacDonald’s WITW program. (The agreement with TBN went through 2022, but MacDonald removed WITW from TV and radio in 2019. The remaining $4.1 million in airtime was reportedly sold back to TBN from Harvest in 2019.)

The year after the Aurora sale to TBN, Harvest’s four-person executive committee signed an agreement giving all of WITW’s multi-million-dollar assets to James MacDonald, according to former Harvest elders Dan George and Mike Dunwoody. (According to George and Dunwoody, the full Harvest board never approved the executive committee’s agreement with WITW. Even so, Harvest gave all digital and physical assets of WITW to MacDonald in its 2020 arbitration settlement.)

MacDonald said in his statement Tuesday that he will “begin detailing the #JRgossipslut lies” on Wednesday and encouraged people to “stay tuned.”

In the first of his blogs, published this morning, MacDonald accuses me of not adequately reporting his “repentance” over the years. He specifically accuses me of leaving out of my exposé on Harvest, which was initially published in WORLD Magazine, the fact that in September 2014, MacDonald read a statement to his church, expressing repentance for excommunicating three former elders in a 2013 video.

MacDonald adds, “That (2014) statement was written by Dr. Erwin Lutzer (then with Moody Church), who with Dr. Colin Smith (The Orchard), led a private meeting of mutual forgiveness (at my request). It was a reconciliation I have never varied from, involving men with whom I would gladly meet again for grace and further healing.”

MacDonald’s claim about my failure to report his September 2014 statement is not true. In my initial exposé, I wrote:

In September 2014, MacDonald said the church had reconciled “meaningfully and mutually” with the censured elders. He apologized for the harsh manner in which leadership had disciplined Phelps, Marquardt, and Slabaugh. The three former elders told WORLD they had accepted MacDonald’s apology—and WORLD happily relayed news of restoration.

“In exchange for an apology, we agreed to leave [Harvest] alone, and let the elder board bring about the necessary reforms,” the three former elders recently wrote in a joint statement.

But now the three elders believe they were misled: Marquardt told me he hasn’t seen evidence of reforms at Harvest, and instead has heard repeated stories of mistreatment. The five other signers of the 2013 letter likewise say they’ve seen no evidence that the character issues involving MacDonald have been resolved. I’ve also interviewed more than two dozen former staff, elders, and members of Harvest, including some who have left the church within the past two years. They similarly claim that MacDonald and other Harvest leaders have shown an ongoing pattern of relational and financial abuse, a lack of transparency, and outright deception.

MacDonald also claims that I have failed to report on his more recent repentance, which he claims has “been in the hands of HBC elders for more than two years.” At the same time, he writes, “You can’t repent of lies. Isn’t lying what people do so they don’t have to own their part in a conflict?”

In an article published last November, I did report on MacDonald’s “repentance.” I even published verbatim a statement MacDonald had posted, which explained his “repentance,” while also accusing Harvest Bible Chapel of stealing $6.6 million from WITW and running a campaign to destroy MacDonald’s reputation.

I noted in my article that I had spoken to dozens of key former Harvest staff and elders, and none of them reported that MacDonald had repented or apologized to them. To my knowledge, that has not changed. 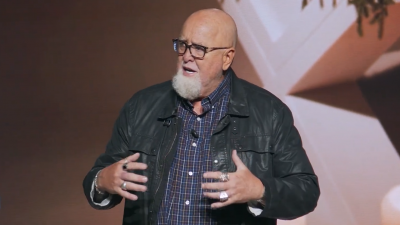