Just days after the riot at the U.S. Capitol that left five dead, Christian radio host and apologist Alex McFarland compared the current political situation in the U.S. to the American Revolution. He said that those who believe force was biblically justified during the colonists’ conflict with Britain would also affirm it is justified today.

McFarland, a staunch supporter of President Trump, made the comments Friday on his talk radio program on American Family Radio.

In a follow-up interview with The Roys Report today, McFarland said, “The American Revolution was instigated on much less than this. And I’m not saying that people should take up arms. But I’m saying, if history is any predictor, the volatility is probably just the beginning.”

He added, “I would say this, that big tech, and the U.S. government of 2021, is morally, spiritually, economically, much more oppressive than Britain in the colonies of 1776. I mean that seriously. At least the Brits weren’t forcing the children of the colonists to become atheists.”

McFarland referred to public schools as “programming camps.” He added: “Most people feel under-served, under-represented, oppressed. They feel they have no recourse. Let me just say, and I think our elected officials would be wise to note this—You don’t want to pick a fight with a man who thinks he has nothing to lose.”

McFarland’s initial comments came in response to a listener who asked during the radio show McFarland co-hosts with AFA Director of Marriage and Family Ministries Bert Harper: “(A)t what point, in light of God’s Word, are we to use necessary force to stand?”

McFarland said “the Bible clearly gives nations and individuals the right to self-defense—but more than self-defense, going on offense.”

He then noted that the Old Testament monarch, King David, “made sure all his men had a sword . . . And David said, you know, ‘The Lord trains my hands for war.’”

McFarland then compared the current situation in America to the American Revolution. And he referenced the Black Robe Regiment, influential pastors who supported the colonists in their military struggle with Britain.

Most Christian scholars believe the American Revolution was biblically justified. And we’re talking about taxation without representation. Now, the Britain that was oppressive to the colonists—the Britain that the American colonists felt justified in fighting—they were oppressive in their taxation. . . . But they weren’t pro-gay or pro-abortion. Now, here’s where it gets dicey for our times. The very same colonists that fought over taxation without representation, what do you think they would have thought about the pro-gay, transgender, anti-religious freedom mindset of leaders today?

McFarland’s complete interaction with the listener is in the clip below:

Harper urged people to “stay on the offense spiritually” and “politically.” But he also urged listeners to “do what we can under this representative democratic republic.”

Similarly, the AFA said in a statement to The Roys Report:

AFA does not advocate overthrowing the government, either by force or by other means. AFA does not believe the current political situation is in any way analogous to the time or circumstances surrounding the American Revolution. AFA believes that our political problems are at their core a spiritual matter. While political measures can help alleviate those problems, the gospel is the solution to the suffering of humanity.

Many evangelical leaders have strongly condemned the riot at the U.S. Capitol, including Tony Suarez of the National Hispanic Christian Leadership Conference and Trump advisor Paula White. McFarland told The Roys Report that he condemns the insurrection last Wednesday, as well. 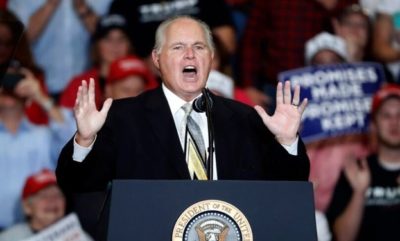 Rush Limbaugh, the bombastic and popular radio host who shaped conservative politics for decades, has died. Limbaugh, who received the Presidential Medal of Freedom in 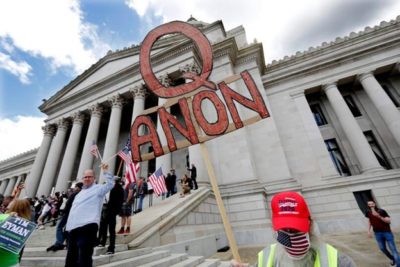 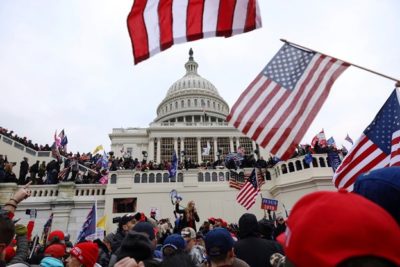